The Daily Nexus
Sports
Former Gaucho Track Star Aims for the Podium at Debut Olympics
August 5, 2016 at 5:10 am by Ryan Burns 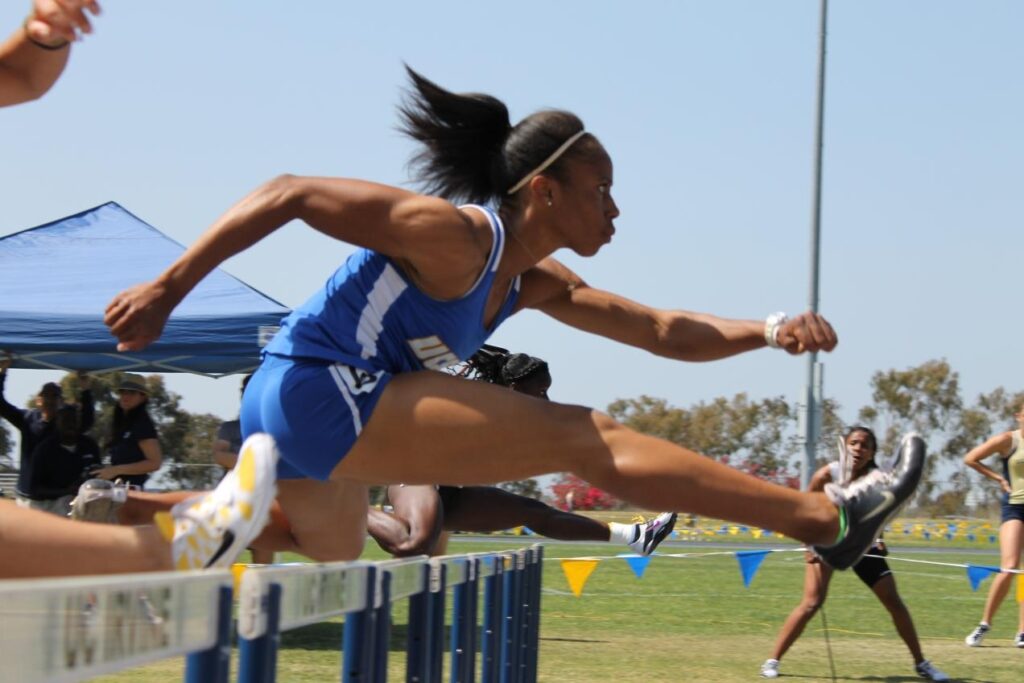 Four years after graduating from UCSB, former Gaucho track star Barbara Nwaba will be competing at her first Olympics in Brazil after winning the heptathlon at the U.S. Olympic Trials in Eugene, Oregon last month.

Her gold medal at the Trials was only a stepping-stone for the Santa Barbara Track Club athlete, though, as Nwaba’s event score of 6494 means she is the sixth-seeded qualifier for the Olympic Finals, per the International Association of Athletics Federation (IAAF), with a fighting chance at the podium.

The thrill of attaining a goal is certainly not lost on one Nwaba who definitely has her focus but also wants to capture the moment of being at the Olympics.

“I’m really excited for the general experience,” Nwaba said of qualifying for her first Olympic team. “The crowds, being able to compete and represent my country and being proud to be on this team knowing I made it after trying so hard for four years. I’ve seen all these girls [in the field] before and hopefully I can put up a big score and get on the podium.”

Nwaba will be one of two Gauchos competing in the Summer Games, along with UCSB alumna and kayaker Maggie Hogan. Also traveling with Nwaba will be another familiar face to Gaucho athletics, Josh Priester.

“I came into college as a hurdler and high jumper, and then Josh Priester, who’s still my coach now,” Nwaba said.  “I came in my sophomore year and he introduced me to the heptathlon, and that’s really what opened up the possibility of competing at the Trials and now the Olympics.”

Shortly after her graduation, she joined the Santa Barbara Track Club, which was founded by Priester, a former assistant coach for Gaucho track and field. Priester, who specializes in coaching the multi-events (heptathlon and decathlon), now runs one of the premier running clubs in the country, training just down the coast at the Westmont College track.

[I’m] proud to be on this team knowing I made it after trying so hard for four years. I’ve seen all these girls [in the field] before and hopefully I can put up a big score and get on the podium. – Barbara Nwaba

“Westmont opened their doors to us, and since it’s NAIA [National Association of Intercollegiate Athletics], the rules aren’t as strict as NCAA [National Collegiate Athletic Association]. Being in Santa Barbara is like paradise, like, why would I ever want to leave?” Nwaba joked after finishing the last event of the heptathlon in the customary Oregon rain.

Nwaba has trained with Priester since her time at UCSB, and her growth has been massive. She has improved her personal record by over 500 points since setting the school record in the heptathlon with a score of 5989, remarkable for someone who became a multi-athlete just two years prior.

The Los Angeles native also holds the UCSB record in the 100m hurdles at 13.59, and is among the top 10 Gauchos in virtually every heptathlon event. Her crowning achievement in college, however, was winning the Big West Championship her senior year, a feat that earned her the title of All-American in her final season in blue and gold.

When asked which win felt better, the Big West Championship or the Olympic Trials, Nwaba laughed.

“Probably the Olympic Trials, although the Big West title was really exciting at the time,” she said with her ear-to-ear smile, which seemed to be glued to her face from the time she finished the 800m through the medal ceremony, media zone, and press conference, making no effort to hide her elation with the chance to compete at her debut Olympic Games. 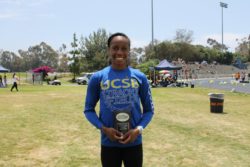 After winning the heptathlon and securing her ticket to Rio, though, Nwaba insists she didn’t know how to react to her triumph until she spotted a familiar face in the stands waiting for her. Her mother, Blessing, traveled from Los Angeles to the Trials without telling her daughter in order to prevent any distractions during the most important meet of Barbara’s life.

“The happiness kicked in when I took my victory lap and saw my mom in the stands, who I didn’t know was there, and that’s when the waterworks came down. Everyone came up from L.A., my friends, coaches, family,” Nwaba said before pausing for a sigh of relief, joy and anything else she may have been feeling in her victorious moment.“It’s such a blessing.”

Nwaba will compete in four events Friday, August 12 and the other three the next day, August 13, with her eyes on the podium in Estádio Olímpico João Havelange, over 6000 miles away from the UCSB track, where her heptathlon journey began.