The Daily Nexus
Sports Blogs
The End of a Brilliant International Career
July 5, 2016 at 5:00 am by Antonia Bird

After a legendary career that saw many great honors and an equal amount of heartbreaking losses, 29-year-old Lionel Messi, whom many consider the best soccer player in the world today, announced his retirement from international soccer and the Argentina national team.

The announcement soon after losing in the Finals of the Copa América tournament in New Jersey, a game in which he missed a shootout penalty kick for the first time ever.

Another look at Lionel Messi's PK miss in the shootout loss to Chile. #ARGvCHI #CopaAmerica https://t.co/f5WH7gdsPA

It was the fourth time Messi has lost a major competition Final,  alongside heartbreaking losses in the 2015 Copa Final loss to Chili, the 2014 World Cup loss to Germany and the 2007 Copa Final loss to Brazil.  He retires after never having won a major championship for his beloved Argentina national team.

Messi was born in central Argentina and played soccer as a child. At the tender age of 13, he moved to Spain to play soccer in Barcelona’s Youth Academy and made his competitive debut at age 17.

In the ensuing years, Messi developed a relentless, attacking style of play and established himself as one of the greatest athletes to ever play the game. 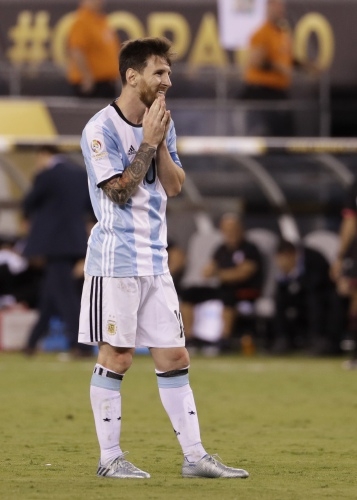 However, all great athletes can be their own harshest critics, and Messi is no different. After his recent performance in the Copa América Final loss to Chile, he blamed himself for the team’s loss.

However, many critics believe Messi is being too hard on himself by accepting full blame for his team’s loss.

Even before the loss to Chile in 2016, Messi had already begun contemplating retirement from international soccer after so many futile efforts to win a championship for Argentina. When he missed that penalty kick last week in the Copa Finals, he knew then that the end of his soccer career had arrived, and the missed shot seemed to validate his decision to retire, not just for him, but for his team.

Messi is living proof that even the best can make mistakes. Messi has certainly made mistakes before, yet this mistake leaves Messi reconsidering his entire future. Should this one mistake cause Messi to retire from his national team and international soccer?  He seems to think so.

While he will continue to play club soccer for Spanish champions FC Barcelona, he will be dearly missed on the global stage and Argentina national team, as he was an idol to many across the world.