A man of dignity, a rebel with a cause and a fighter with the innate instinct to “float like a butterfly, sting like a bee,” are just a few of the numerous ways to describe iconic boxing legend Muhammad Ali. 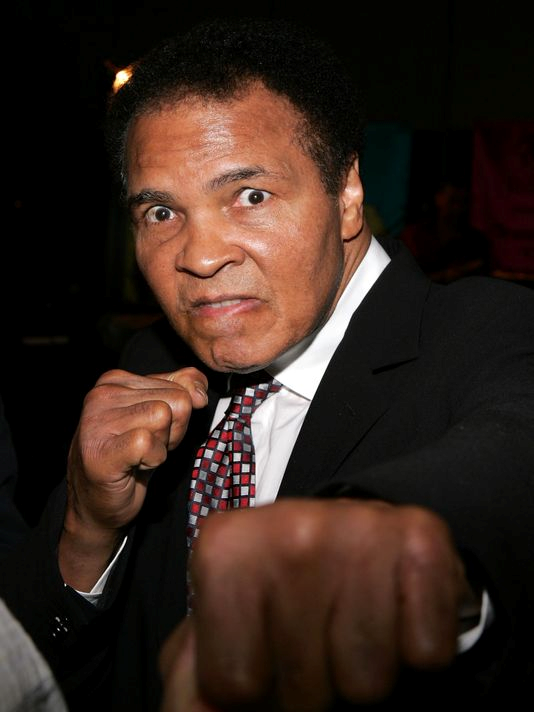 A polarizing figure inside and outside of the boxing ring, Ali’s legacy withstands the tests of time, crowning him as one of the greatest athletes to ever live.

As a working-class individual from the racialized outskirts of Louisville, Kentucky, Cassius Clay was born to prove others wrong. Climbing through the ranks with an uncanny demeanor never seen before, it didn’t take long for the fierce right-hander to ascend to the spotlight and earn his stripes as a world-renowned boxer.

While recollections of the three-time heavyweight champion firmly reside in his duels with greats like Joe Frazier, Sonny Liston and George Forman, true captivation of Ali resided in his ability to finish his battles in charismatic style.

Reforming the way fans viewed sports, Ali’s fearless swagger in the ring and directly after helped chisel the idea of a “confident hero.” Nothing could blemish the impenetrable heavyweight as long as he stood in the ring; every boxing spectator, including Ali himself, was aware of this.

Nevertheless, this egotistic aura Ali endorsed did not overshadow the humble man of God many have remembered him to be. A promoter of peace and moral values, Ali’s commitment to the principles of Islam dismissed the pessimistic views of critics and helped reserve his seating as an arrogant figure with undeniable class.

Devoting himself to the Nation of Islam at the early age of 22, Ali utilized his boxing platform to become a cornerstone of both sport and culture.

Paving the way for other Islamic believers and fellow people of color, Ali’s push for social justice combatted the struggles of inequality at the pinnacle of a color-conscious time.

His efforts to tackle politics in such a controversial time inspired many to share his vision, influencing his progression as a revolutionary leader.

Many supported his peaceful protest of the Vietnam War stating, “Man, I got no quarrels with the Vietcong.” Others rallied with him during the stripping of his boxing title and his refusal to enter the military draft in 1967.

And, finally, the nation applauded Ali’s determination to get back in the ring in 1970, fighting for more than his championship belt; he fought for a purpose as well.

Ali’s universal rise did not only sprout from his success in the arena but his action to stand firm against a conflict he felt was morally worth a fight: social injustice.

The boxer’s diligence in spotlighting the internal problems of our nation through Islamic principle showcased his ingenuity as a pioneer of change.

In turn, these events highlight the dynamic character of Muhammad Ali: an advocate for rights in a time of distinct understanding, a man of civil principle during a time of illogical warfare and a man undoubtedly deserving of the title “Greatest of All Time.” The “Louisville Lip” truly stands as the Goliath of both sports and history.

Ali is one of the few sporting figures that made his career stand for more. His contributions to society roam beyond his 56-5 all-time record, his untamable persona or the context of any red gloves and a ring, but encompass a collection of historical accolades in his quest for morality and civil integrity.

The People’s Champion may be gone, but his fight carries on. In and out of the ring, we remember him.