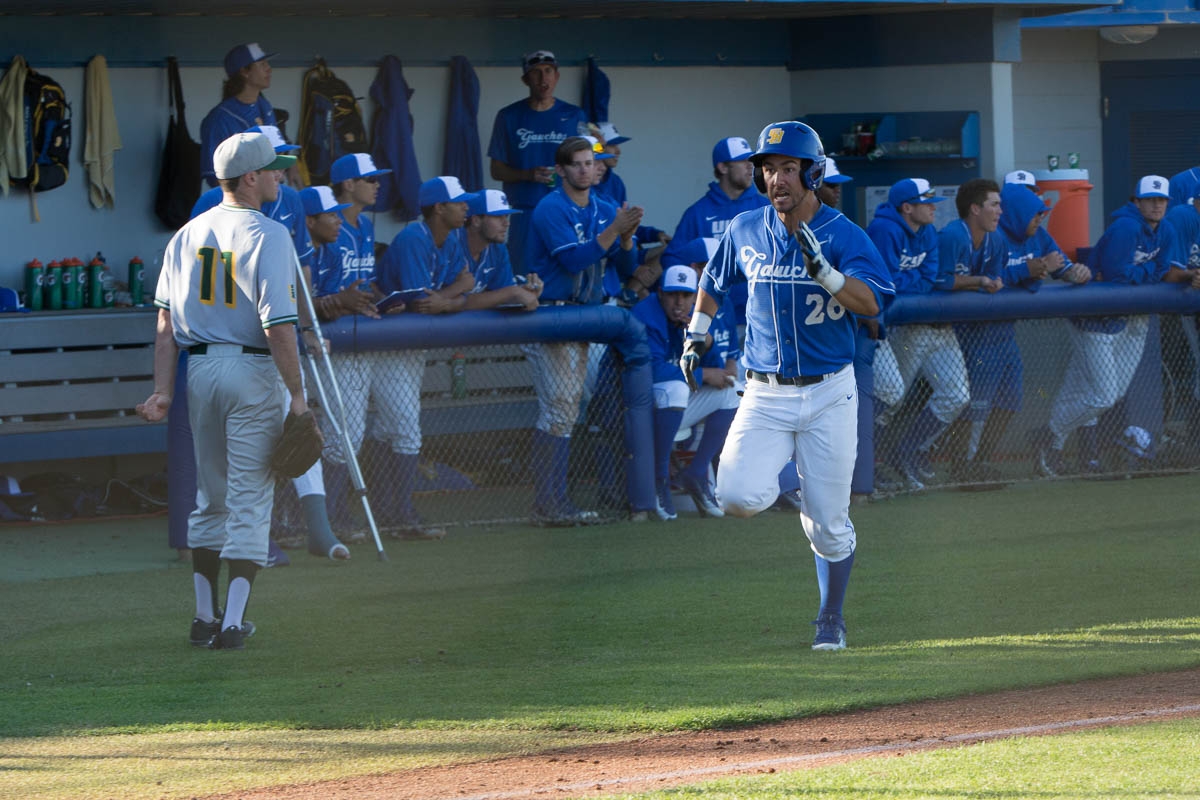 The victory improves the Gauchos overall record to 40-18-1, and now has won 40-plus games in back-to-back seasons. Xavier finishes the season 32-30 and although it had a tough loss to end the season, it did finish with an impressive streak of winning 18 of its final 22 games of the season.

The game was one that was put away rather quickly thanks in large part to a nine-run fourth inning for Santa Barbara. Before that frame, UCSB had not registered even one hit, yet it kept swinging away until it worked out for them.

Xavier had an early jump on the Gauchos after scoring two runs in the first inning thanks to RBI singles from sophomore catcher Nate Soria and freshman infielder Chris Givin.

Then the fourth inning happened and UCSB went off. The frame consisted of two three-run home runs courtesy of sophomores Clay Fisher and Austin Bush. Bush is currently riding a hot streak of hitting a home run in each of the last three games. The Gauchos also scored thanks to RBI singles from sophomore first baseman Kyle Plantier and redshirt junior center fielder Andrew Calica. An error by Xavier also led to one run for UCSB.

Fisher, Calica and Bush all had solid games with each registering three hits and combining for nine RBI’s. Plantier and redshirt sophomore JJ Muno had two hits apiece and one RBI to contribute to the rout.

After the nine-run frame, Santa Barbara was up 9-2. The Musketeers retaliated with one run in the bottom half of the inning to make it 9-3 but the damage was done and one team was in clear control.

The Gauchos scored at least one run in four of the next five innings to seal the deal and defeat the Musketeers 14-5 in order to advance to the Super Regionals for the first time in program history.

Fisher, Bush, Calica and redshirt senior Justin Kelly were all named to the Nashville Regional All-Tournament Team with Bush being named the Tournament MVP.

All players had great performances as Fisher went 7-15 (.467) with seven RBI’s, Calica went 6-13 with four runs, Kelly pitched a four-inning shutout with 10 strikeouts to secure the Gauchos first win against Xavier and Bush hit three home runs including a walk-off in the opening match against Washington.

UCSB’s postseason campaign so far has been the best in school history, as the three wins in this regional alone are as many as they had in its past seven trips combined.

Santa Barbara now focuses its attention to Louisville, the winner of the Louisville Regional, a team that has won 50 games this season and finished ranked fourth in the country.

While it will not be easy to face such a tough opponent, the Gauchos have proven that they are a team that will do whatever it takes to win a ball game, and that is the beauty of this young team.

Currently, UCSB is the only remaining Big West team in the tournament, and it deserves it after sweeping through the Nashville Regional. This team has come a long way but it is nowhere near satisfied until it reaches Omaha.

The Gauchos next game will be against Louisville in the Super Regionals at Louisville Slugger Field on Saturday, June 11 at 9 a.m. PDT.