The Daily Nexus
Music
Beyoncé Gets Political in Lecture
June 2, 2016 at 4:59 am by Jasmine Benafghoul 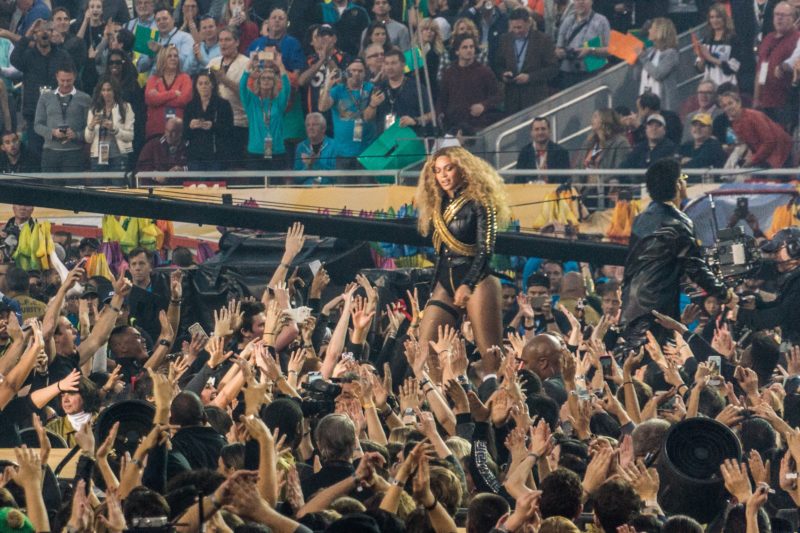 A.S. Program Board called all devout members of the Beyhive, new and old, to Embarcadero Hall on Thursday, May 25. Kevin Allred, an adjunct professor in women’s and gender studies at Rutgers University, came to UCSB to give students a lecture all about the legendary Queen B.

Allred came up with this concept of “Politicizing Beyoncé” in 2010, in the form of an interdisciplinary college course designed to analyze Bey’s music in correspondence to contemporary black feminist texts given current race, gender, sex and class politics. His intent, he said, was to “practice using an intersectional lens to analyze pop culture.” What the class aims to answer is whether or not, and if so how, Beyoncé uses her platform to make social justice statements and push toward change. And because Beyoncé refuses to do interviews, all the public really knows of her is through her music and career.

Before diving straight into Beyoncé’s work, Allred started off showing the audience two different works from black feminists that proved crucial to the understanding of Beyoncé’s music videos. First, Allred introduced Melissa Harris-Perry and her theory of the “crooked room” that black women are put into. With race and gender stereotypes that surround black women, they enter this warped space and have to figure out the correct way to stand. “Some black women tilt and bend themselves to fit the distortion,” Harris-Perry writes in her book, Sister Citizen. In other words, they behave in close adherence to how the rest of the world is behaving. The other piece he showed was a sculpture by artist Kara Walker called the “Sugar Sphinx.” This piece portrayed the well-known “mammy” stereotype, a 35-foot-high and 75-foot-long sculpture of a black woman wearing nothing but a headscarf worn by many Southern black women today and years ago. As expected, many people took sexually suggestive photos with the body parts of the installation. The entire presentation showed how people unsure of how to react to a black woman’s body, even if it’s just a sculpture of one, and resort to dehumanizing her.

Moving on, the lecture focused on two of Beyoncé’s recent hits: “Partition” and “Jealous.” As the lecture progressed, students began to understand more clearly the meaning behind the two music videos and how it’s actually all just one storyline. Allred guided his audience into thinking beyond what the music videos clearly show, the underlying message Beyoncé is showing us. For example, there are many partitions in both music videos that we can tangibly point out, but thinking metaphorically, the concept of a partition can be applied to mean much more. “The stereotypes are partitions!” Allred exclaimed, to which the whole audience let out an “ohhhh” in unison. His reasoning was this: Stereotypes are partitions in one’s head, a divide created between you and another person.

Allred continued to ask the audience about the partitions seen in the music video. A major one spotted was found in a scene where Beyoncé dances with leopard-print light projected onto her. This conveys the “jezebel” stereotype, where black women are seen as hypersexual and animalistic. The light serves as a metaphor, because as it projects onto Beyoncé, it reflects on how this stereotype is projected onto black women.

Beyoncé is a prime example of how celebrities with superstar status can and should use their status to inform their audiences about pressing matters, such as the inequality of people of color and how this remains a prevalent issue in modern society. Additionally, it’s easy to simply enjoy Beyoncé’s songs for her melodic voice, their beats and their catchiness, but delving deeper and discovering a new perspective could very well educate one on the depth she purposefully, calculatedly puts into her music.