After recording program lows in overall and Big West wins with a 7-20, 3-13 eighth-place finish last season, it can be assured that the UCSB women’s volleyball program is determined to redeem itself in the 2016 season.

Currently in her fourth year as Head Coach, Nicole Lantagne Welch will look to recapture the winning chemistry that amazed many in her debut season with the school in 2013, in which she helped lead the Gauchos to their first NCAA Tournament appearance since 2010. 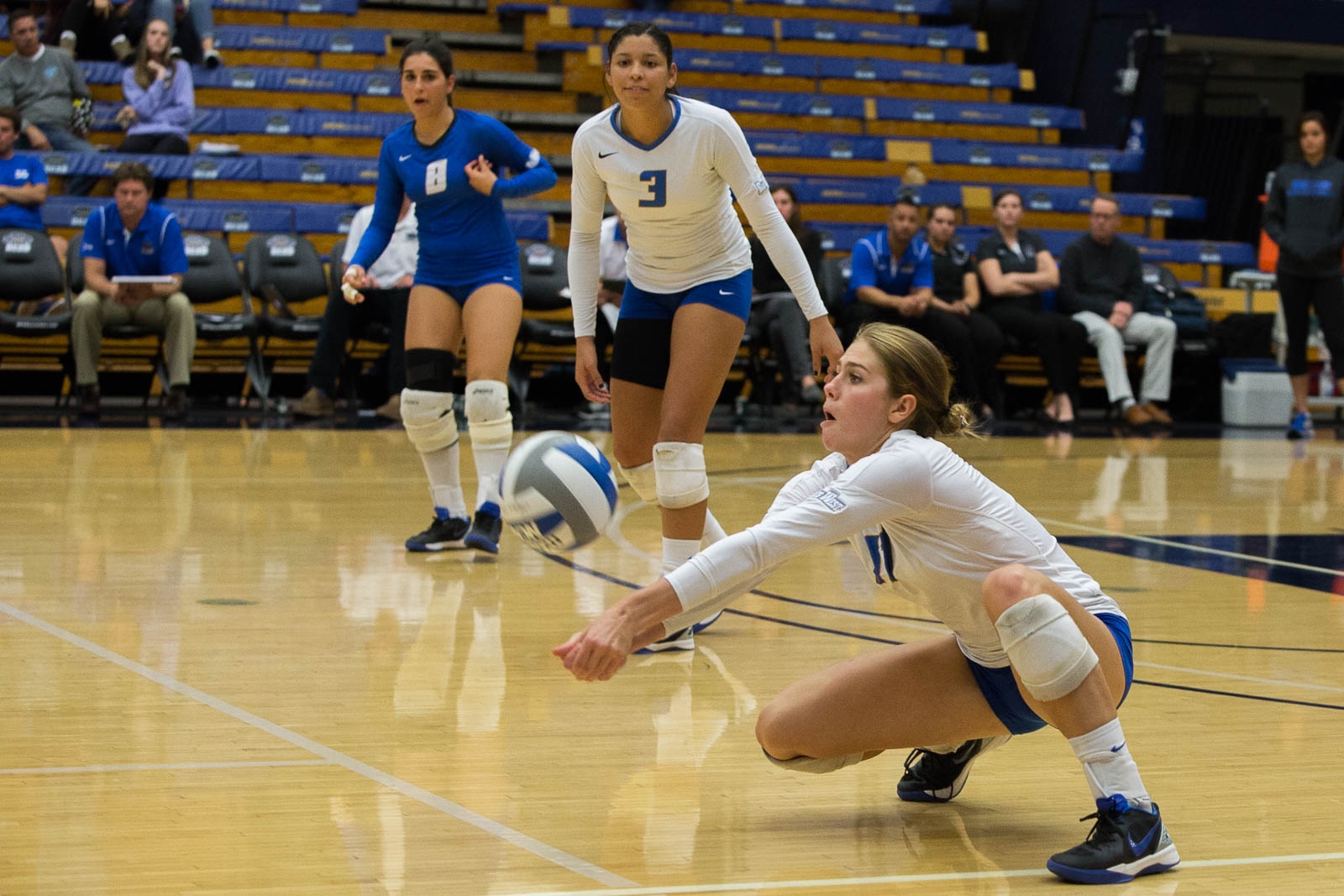 In pursuit of an improved campaign, Santa Barbara welcomed a total of six recruits to its program — a class made up of five freshmen and one transfer.

Awarded with the 24th best recruiting class in the nation by Prepvolleyball.com, a primary focus of UCSB’s search for players was to replenish its offensive attack after losing former Gaucho outside hitters Ali Barbeau, along with opposites Jaylen Villanueva and Britton Taylor, who amassed 611 of the team’s 1,214 kills last season.

Expressing their interests the earliest by signing Letters of Intent in December, Chloe Allen, Megan Rice, Rowan Ennis and Charlie Robinson are four of the six Gauchos that are hoping to make an immediate impact this upcoming season.

Searching for a replacement to fill the void of Barbeau at the outside hitter position, Allen and Rice will both compete for playing time in the offense’s rotation.

Boasting a .362 hitting percentage at the end of her senior year, Rice presents a dual-threat skillset that can be productive both on the offensive and defensive sides of the net. Hailing from Redondo Union High School, she posted 32 kills and six blocks in a regional semifinals match this past postseason.

With a total of three middle blockers on its current 2016 spring roster, much intrigue has been directed towards the additions of Ennis and Robinson who both play the position as well.

Preparing to make the trek from Virginia to Santa Barbara, Ennis attended First Colonial High School, where she put together an illustrious career with a program-record 1,340 kills. She is another proven winner added to the Gauchos’ roster, helping the Patriots win back-to-back Conference I Championships in 2013 and 2014. Ennis topped off her time spent playing in high school as an Honorable Mention AVCA Under Armour All-America recipient.

Selected as one of the nation’s top 150 players in the nation in Prepvolleyball’s “Senior Aces” list, Robinson will enter UCSB next season after time spent with one of California’s best programs at Marymount High School of Palisades, Calif. Prior to the start of her senior season earlier this year, Robinson was ranked 16th amongst current players in the state in total kills.

Helping ensure that plays and rotations go as planned will be the additions of libero Maxine Burke and Wisconsin transfer setter Hannah Juley.

Hoping to complement the play of sophomore libero Emilia Petrachi, a member of the Big West All-Freshman Team, Burke will be added to another impacted position as the Gauchos currently have three liberos aboard their team.

Coming out of JSerra Catholic High School, Burke also played for Tstreet Volleyball Club. She was a Trinity League Second-Team selection in her senior season.

The only player of this year’s recruiting class to participate on UCSB’s spring team, as other recruits wait to graduate, Juley will not have to redshirt in her first year with the Gauchos after redshirting her freshman year with the Badgers.

Averaging 11.4 assists and 2.6 digs per match her senior year of high school, she helped Lyons Township High School earn a West Suburban Silver Championship. From LaGrange, Ill., Juley was an AVCA First-Team All-American in 2015 along with other accolades as she finished with 1,590 assists and 523 digs in her high school career.

Assisting Coach Lantagne-Welch prepare this year’s team will be the hiring of Chad Gatzlaff as an assistant coach. He spent the last three seasons at Virginia Commonwealth University.

Along with Petrachi, another Big West All-Conference selection will be looking to have another productive year in senior middle blocker Phoebe Grunt. For the second time in her career, Grunt was named a Big West Honorable Mention after ranking third in the conference in hitting percentage with a .335 average.

Thus far, UCSB has played in three matches this spring. Beginning with its alumni match on April 9, Santa Barbara has faced Loyola Marymount and UCLA over the past two months.

Although the preseason predictions of the Big West Media Poll are not always accurate in where teams will end up by the end of the season, last year’s third-place expectation may have been too much for the Gauchos, who declined after a 4-1 start to the season before enduring an 11-match losing streak.

UCSB’s 2016 regular season schedule has yet to be revealed.

A version of this article appeared on page 10 of May 26, 2016’s print edition of the Daily Nexus.