The Daily Nexus
Tennis
Gauchos’ Strong Pair Heads to Oklahoma for NCAA Tourney
May 25, 2016 at 5:00 am by Xavier Cardenas

The UCSB women’s tennis team has concluded its season hitting all the major goals that Coach Simon Thibodeau had challenged its team to accomplish. 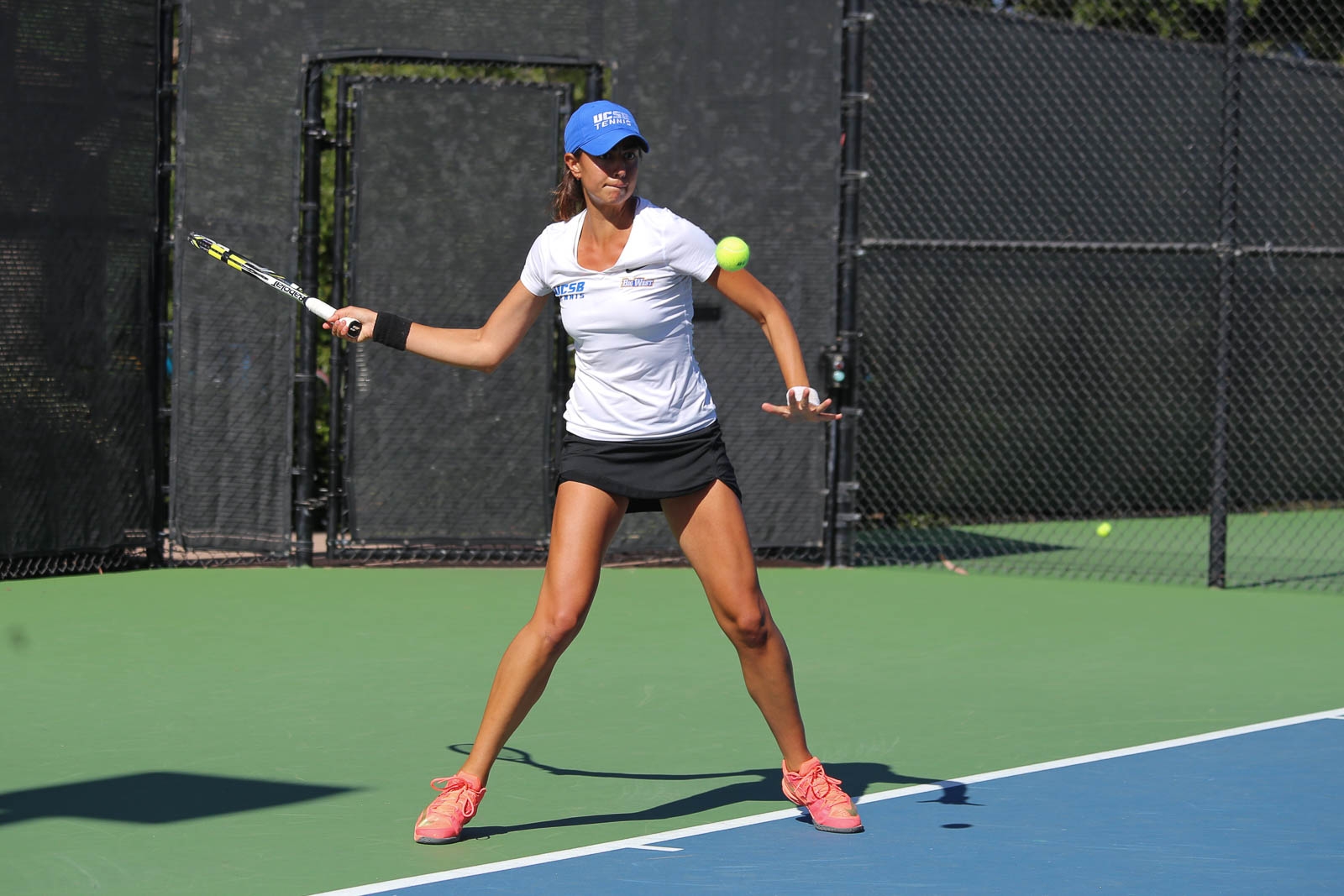 Aside from clinching the Big West Conference and receiving a bid to the big show, the NCAA championships, the young Santa Barbara team managed to make history by winning its first ever tournament match against the Jayhawks from the University of Kansas.

To add to the list of accomplishments that the Gauchos have marked after a great season, junior Stefani Stojic and sophomore Palina Dubavets have earned the right to represent UCSB this week during the NCAA division one doubles tournament.

To note, this will be the first time in 20 years that a doubles team will represent UCSB in this tournament.

In 1996, Kelly Spencer and Amelia White received an invitation to partake in the same tournament but had an early exit after going to three sets.

After a historic run, Stojic and Dubavets continue to strive towards history. So far during their first year playing together, they have accumulated 14 wins to only four losses, not including the wins after claiming a doubles title at the Jack Kramer Invitational earlier this year.

Aside from a plethora of milestones, they also remain undefeated against other nationally ranked teams, earning their 22nd ITA ranking.

Dubavets and Stojic are 2-0 against top duos, beating then No. 4 pair sophomore Gabby Smith and senior Giuliana Olmos from USC as well as then No. 24 Bulldogs from Fresno State, sisters, sophomore Mayar and senior Rana Sherif Ahmed.

The No. 22-ranked duo has been pitted against No. 21-ranked Huskies consisting of junior Nour Abbes and sophomore Miki Kobayashi.

Kobayashi and Abbes from the University of Washington had an impressive season of their own, going 7-4 and losing only to other top pairs. A notable loss was against USC’s Olmos and Smith. The March matchup ended 6-4 in favor of the Trojans.

The round of 32 kicks off May 26 at 8 a.m. CT at the Michael Case Tennis Center in Tulsa, Oklahoma.