The Daily Nexus
News
Students Grow Produce in Unlikely Places
May 19, 2016 at 12:08 am by Natalie Overton

The Edible Campus Program and the Department of Public Worms have begun turning large and unused concrete spaces into vertical, sustainable farms to combat hunger 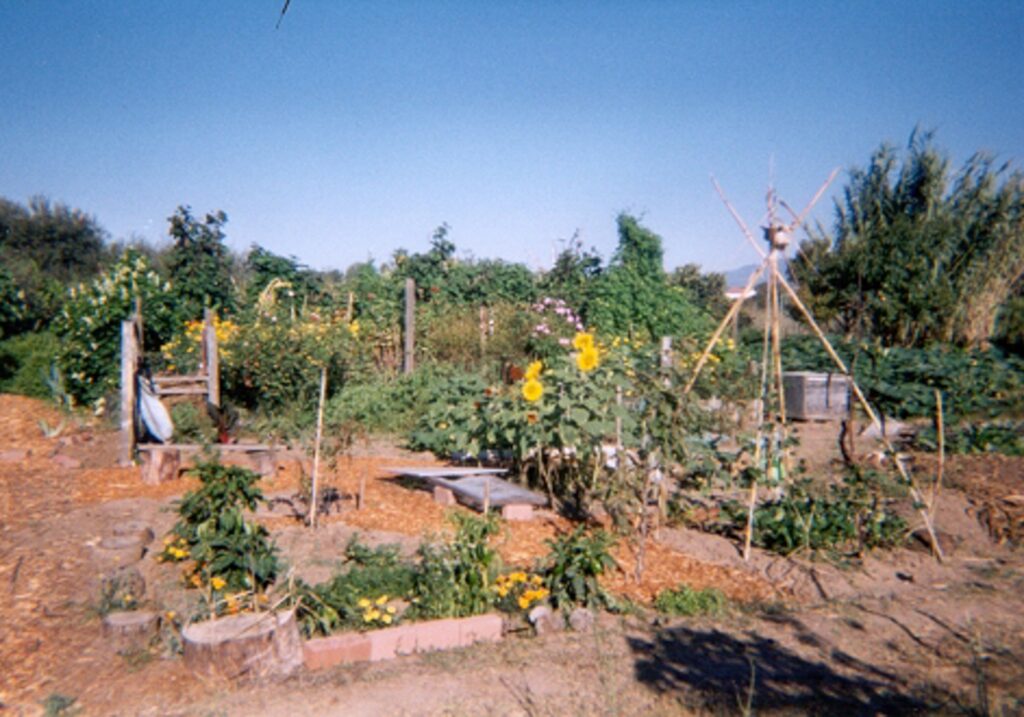 The urban gardens and orchards are aiming to combat food insecurity at UCSB, as an estimated one in six UCSB students skipped meals in 2014 due to financial hardship. Courtesy of Office of Student Life

In the battle against campus-wide food insecurity, students are creating urban orchards, vertical gardens and a campus farm to increase food production on even the campus’s most concrete-covered areas.

Nearly one in six college students at UCSB skipped meals in 2014 because they couldn’t afford them, according to the student-run Edible Campus Program (ECP).

The Associated Students Food Bank works to ensure students have access to healthy food, and, consistent with UC Santa Barbara’s sustainability goals, the ECP and Department of Public Worms (DPW) launched what they hope will eventually become a “closed loop cycle” of sustainable food production and waste management on campus.

The two potted orange trees in Storke Plaza are some of the first installments of the Urban Orchard, a sustainability project run by ECP. Urban Orchard was launched in cooperation with singer Jack Johnson and his wife Kim Johnson in 2015.

The food bank has already harvested some of the trees’ first fruits, and production is expected to increase with the addition of four more trees this spring.

“We work to reimagine certain spaces on our campus that aren’t being used or that are underutilized into areas of sustainable food production,” said Maile Hartsook, fourth-year political science major and intern for ECP.

The group’s goal is to produce approximately 25,000 pounds of food each year to donate to the A.S. Food Bank.

A small pump at the base of the structure sends nutrient-rich water up to the top level. As the water trickles back down, it soaks the plants’ roots along the way and becomes oxygenated.

The extra oxygen in the water boosts the roots’ nutrient absorption capability, causing the plants to grow faster with less water and less space.

DPW will be maintaining and harvesting the urban orchards, vertical gardens and the future campus farm which will be created in West Campus. Originating in 2004 as part of A.S. Recycling, the DPW became their own program in 2012.

In any given month, DPW will collect up to 4,000 pounds of pre-consumer compostable waste, primarily from the dining commons, to feed the worms that live in compost allocations.

“Since we collect the food and make compost, we want to continue the cycle and grow more food for the compost,” Marli Heininger, the outreach coordinator for DPW, said. “Once we have a location set out, we are going to be the workers on the campus farm and the food will go to the student food bank.”

UCSB puts all non-compostable waste into a landfill that was built in the 1960s, but Heininger said it is predicted to be unusable in about 10 years.

Landfills are breeding grounds for methane-producing microorganisms, and UCSB’s landfill contains technology that harvests about 75 percent of the methane produced and uses it to power 3,000 Goleta households.

The methane that enters the atmosphere, however, has approximately 21 times the global warming potential of carbon dioxide and stays in the atmosphere for about 12.5 years.

“By composting, in the short term, we can make a really big difference in greenhouse gas emissions and climate change if we all just compost more,” Heininger said.

To further emphasize the interconnectedness of our campus’s sustainability cycle, Jake Whisenant, worm caretaker and composter at DPW, said the Daily Nexus’ use of soy-based ink in printing makes it possible to recycle nearly 150 pounds of unused papers every week.

A version of this story appeared on p.5 of the Thursday, May 19, 2016 print edition of the Daily Nexus.