The Daily Nexus
Sports Blogs
Durant Still the Alpha Dog in OKC, Remains Amongst NBA’s Elite
May 19, 2016 at 5:08 am by Sean White 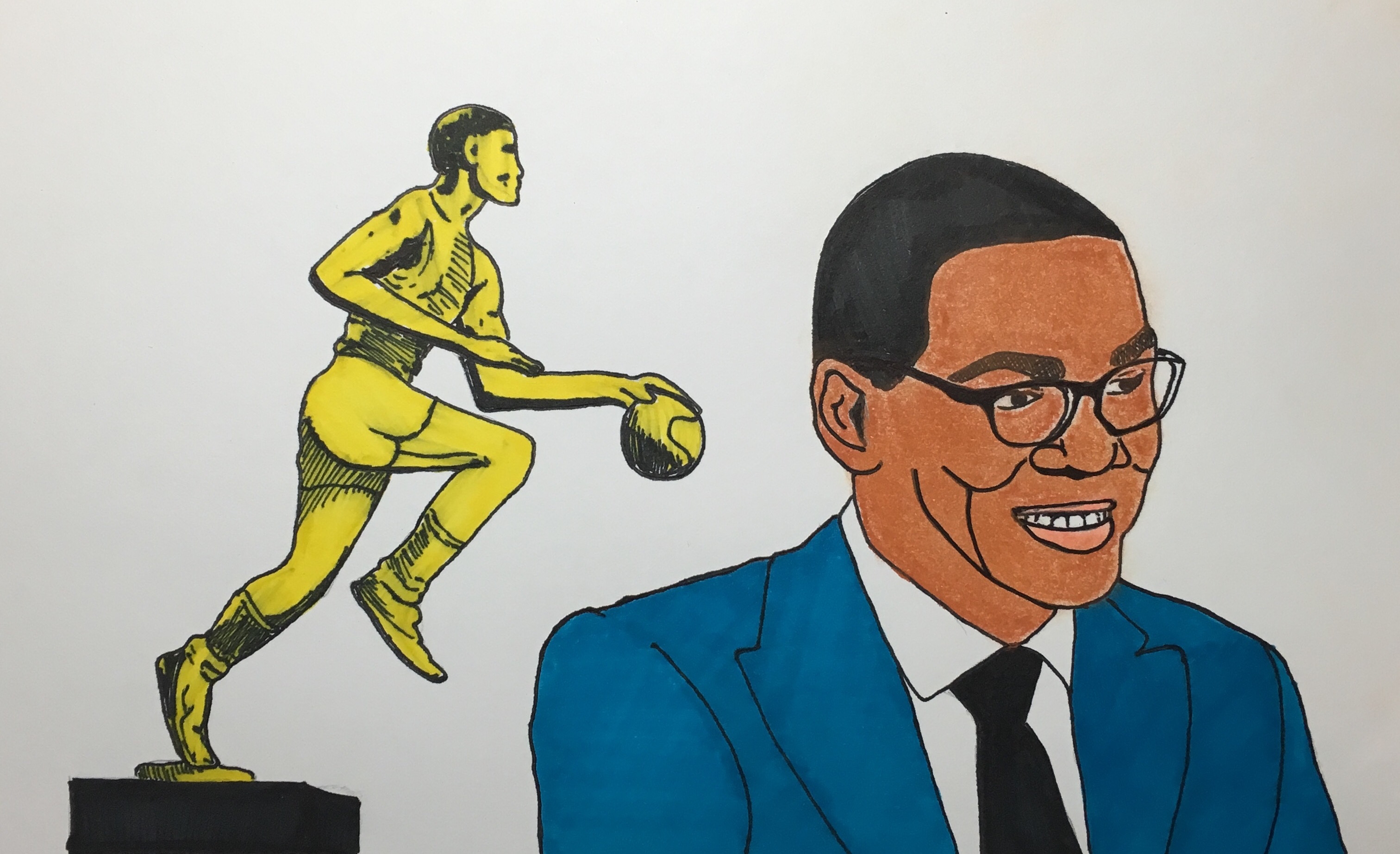 We often equate the best players with producing in the most clutch moments.

From “The Shot” of Michael Jordan over Craig Ehlo, the highlight reel of game-winning baskets throughout Kobe Bryant’s career and even today with Steph Curry, we expect the ball to be in the hands of a team’s star player even when opponents are fully aware that the ball is coming their way.

In Oklahoma City’s 108-102 victory over the Golden State Warriors in Game 1 of the Western Conference Finals Monday night, Thunder forward Kevin Durant’s step back dagger of a jump shot with 30.7 seconds remaining was a silent reminder of who reigns supreme in the team’s coveted 1-2 punch made up of himself and Russell Westbrook.

Despite a 10-30 shooting night, going 2-11 in the fourth quarter, KD stayed committed to what each and every generation of shooters and scorers are told: KEEP SHOOTING.

Surpassing LeBron James as the NBA’s best player in some fans’ player rankings just a few years back, it seems as if many have forgotten about the former 2013-14 MVP, four-time scoring champion and seven-time All-Star in lieu of Westbrook’s breakout seasons over the past year and a half.

Ruled out indefinitely after playing in 27 games last season due to a Jones stress fracture in his right foot which required three surgeries, Durant’s hype gradually faded away as his body of work was slightly overshadowed by the championship run of Curry and the Warriors, LeBron’s return to Cleveland and the post All-Star break outburst of his teammate Westbrook who ended the 2014-15 season with eleven triple-doubles.

While the glitz and glamor of triple-doubles can be mesmerizing, has anyone taken the time to acknowledge the expense Westbrook’s success has come with?

Sure, Westbrook led the league in scoring last season with an average of 28.1 points per game, yet he led the NBA in turnovers per game with 4.4 and nearly replicated these results this season, finishing just behind James Harden with 4.3 turnovers per game.

Although Westbrook missed 15 games last season due to injury, which hindered OKC’s pursuit of securing the eight-seed, he was one of the most inefficient players during clutch periods of games in the regular season.

According to 82games.com, “clutch’ is defined as the period of the fourth quarter or overtime with less than five minutes left and neither team is ahead by more than five points. Westbrook’s volume of shots in late game situations display the ball dominance that occasionally detracts from the point guard’s impact on the court.

Based on production per 48 minutes of clutch time, Westbrook averaged 51.2 total points, a scoring total that ranked third in the league. The five-time NBA All-Star was insufficient with his shot selection, taking 49.9 field goal attempts while shooting just 38.3 percent from the field and an abysmal 0.87 from beyond the three-point line.

As expected with the return of Durant, Westbrook’s shot attempts in clutch time have endured a substantial decrease, which has served to his own benefit. Prior to the beginning of the NBA Playoffs, Russ concluded the season 14th in points with a 39.3 average on 32.1 field goal attempts in addition to shooting 38.9 percent despite a subpar 20.0 three-point percentage.

Aside from three-point percentage, KD has actually been more efficient in his return this season than his 2013-14 MVP campaign.

Certainly one must consider the major constraints of OKC’s roster last season; he lost some of its scoring with the trade of Reggie Jackson to the Detroit Pistons and had to acclimate the role of Enes Kanter into the lineup after receiving him from the Utah Jazz in a three-team trade including the New Orleans Pelicans and lost Serge Ibaka for 18 games due to injury. It’s easy to argue that Westbrook had no choice but do to it all on his own.

However, the team went 7-4 in the 11 games in which the Thunder’s floor general recorded a triple-double. Nonetheless, Oklahoma City endured two losing streaks of two or more games during his scoring, rebounding and assisting run. Nonetheless, the team finished 2-9 when Westbrook scored 40 or more points last year.

Yet in his eighth season it has been a milestone season for Westbrook. Along with tying Magic’s triple-double record, Westbrook set a career-high in assists per game with a 10.4 average, his first time in double-figures.

Arguably one of the NBA’s top five players, the aim was never to degrade the outstanding talent and determination of Westbrook but rather to remind those that KD is the driving force in Oklahoma City potentially becoming the next world champions.

Currently third all-time in career points per game with a 27.4 average, Durant was the first introduction of many NBA fans of our generation to the hybrid, big-man-with-finesse playing style that is commonly witnessed today.

Not one sign of regression appears in KD’s game thus far, surpassing the Black Mamba’s streak of consecutive games with 20-plus points at 67 games.

In comparison to who many consider today as the NBA’s best player in Steph Curry, KD finished with a comfortable difference against the back-to-back MVP who had a scoring stretch of 20-plus for just 14 games earlier in the season.

Both 27 years old and in their primes, inevitably the Durant-Westbrook duo will go down as one of the best player combinations in NBA history. Yet while KD’s game on the court may not be the most illustrious to the eye, the label as the league’s best could be most fitting with the “Darantula” in years to come.