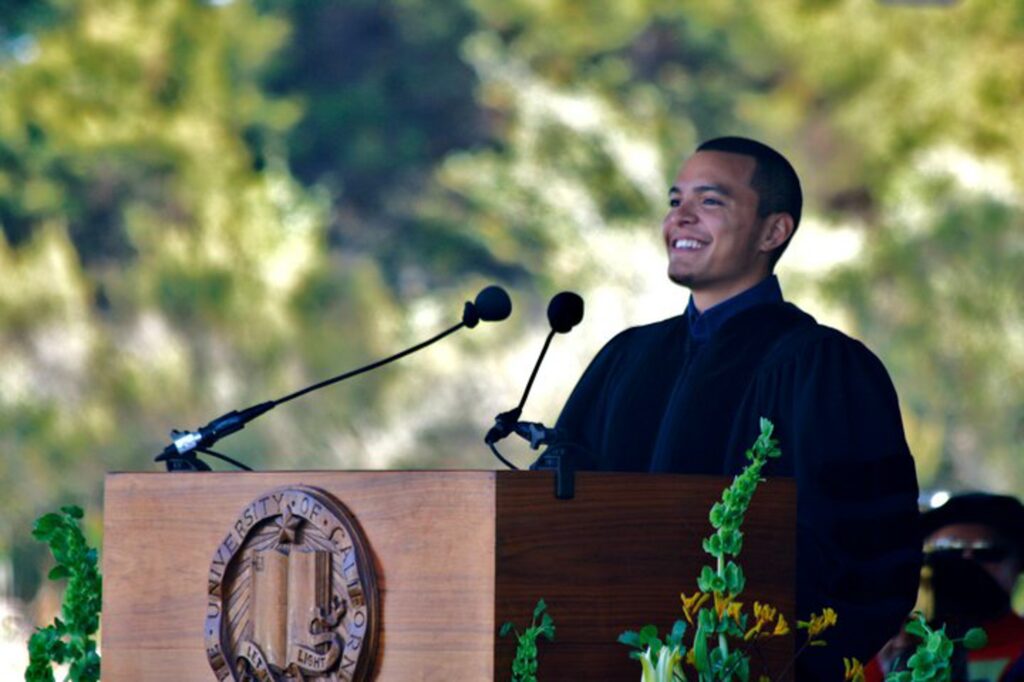 In his last year at UCSB, Monge served as A.S. president, a position that helped earn him the Student Regent nomination. As president, Monge played a role in establishing the A.S. Food Bank in the 2010-2011 school year. Courtesy of Associated Students

A selection committee for the University of California (UC) Board of Regents nominated a UC Santa Barbara alumnus Wednesday to assume the role of UC Student Regent.

The Regents will vote on the nomination of Paul Monge, a UC Berkeley law student, in July. If approved, Monge will begin his term as a non-voting, student-regent designate for the 2016-2017 academic year, training to become the UC Student Regent in July 2017.

Monge graduated from UCSB with a dual degree in sociology and global studies in 2011 and later received a master’s degree in public policy from Harvard University. He served as Associated Students (A.S.) President during his final year at UCSB and is currently a graduate student representative for the UC Student Association (UCSA) committee on planning and budget.

“I want to attribute a lot of my ability to serve in this role to my experience as an undergraduate at Santa Barbara,” Monge said of his nomination. “My experience there really activated me in wanting to pursue public leadership.”

If he is confirmed as a student regent, Monge said he plans to address food insecurity among students, an issue he said he has been working on since his undergraduate years. Monge and A.S. officers were able to establish the A.S. Food Bank during his senior year at UCSB.

Monge said he also hopes to address affordable housing across the UC system. According to Monge, UC students live in some of the state’s most expensive cities, so he wants to focus on implementing rent control and tenant protections.

Avi Oved, the current student regent and one of the members of the selection committee, described the nomination process as “very robust.”

This year, 49 people applied for the position — an increase from last year — Oved said. Applicants were interviewed for four to five months by various student body presidents, UCSA officials and the UC Board of Regents selection committee.

Oved said the committee chose to nominate Monge because of his experience as UCSB A.S. President and his background at both public and private institutions.

Marcela Ramirez, who will finish her term as a non-voting member of the UC Board of Regents and start her role as UC Student Regent in July, said Monge will be spending the next year “learning the ropes” and developing his platform as a future student regent, if he is confirmed.

Ramirez also said she and Monge may be working closely together as they visit each campus throughout the school year.

“We’ll spend a lot of time cracking jokes in the car and trying to get ourselves to our next destination,” Ramirez said. “It can be a really fun time, and it’s also a lot of work.”

If he is approved, Monge said he hopes to continue serving with UCSA during his year-long term as a non-voting member of the Board of Regents.
“I don’t plan to waste a single day,” Monge said.

A version of this story appeared on p.1 of the Thursday, May 19, 2016 print edition of the Daily Nexus.