The Daily Nexus
Tennis
UCSB’s Postseason Run Ends After Win Over Kansas
May 16, 2016 at 5:12 pm by Xavier Cardenas

The No. 74 UC Santa Barbara women’s tennis team had an eventful weekend playing the University of Kansas and No. 2 California this past weekend during the NCAA championships. 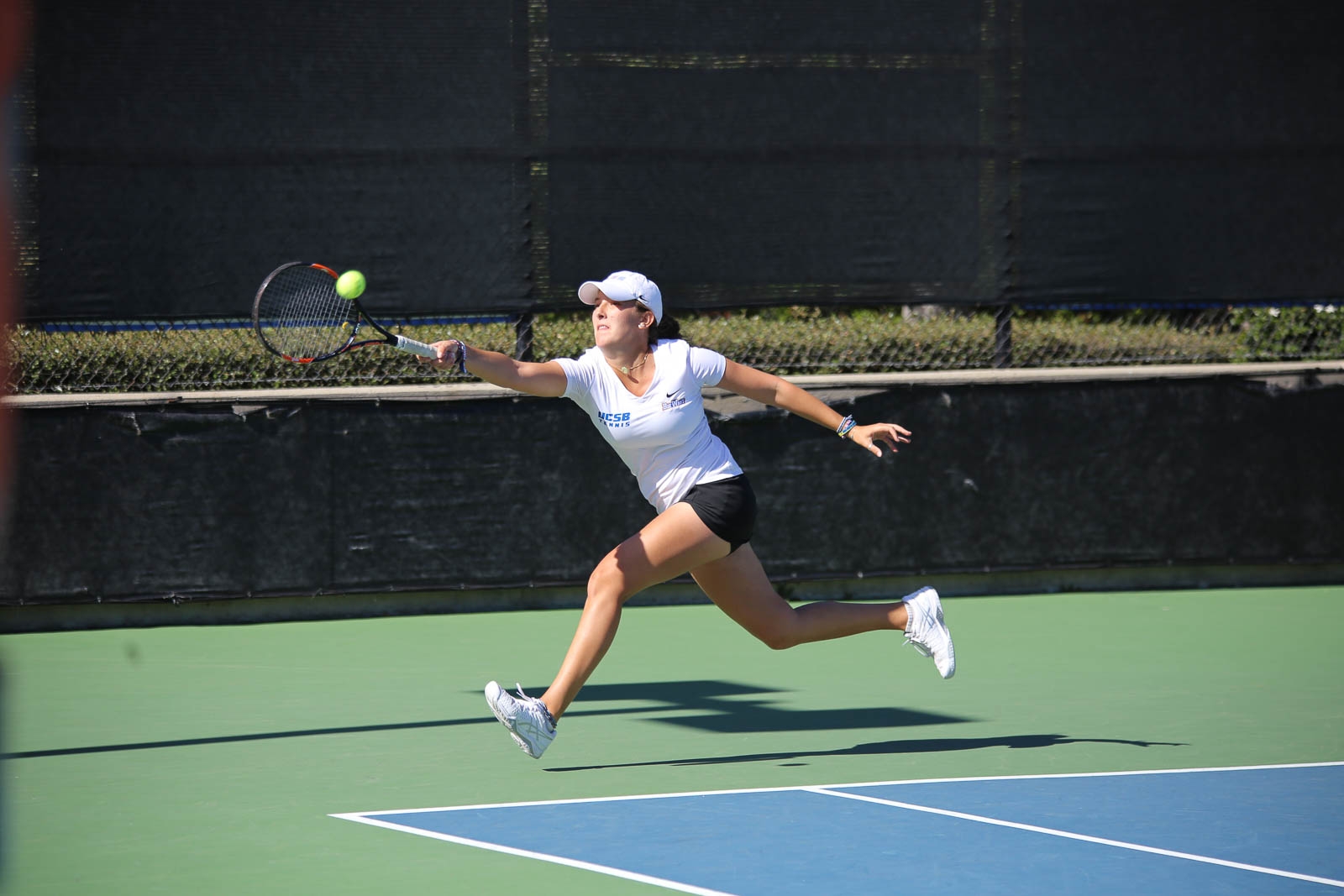 During the first round UCSB edged the Jayhawks in a tight 4-3 contest. Following its close win, the Gauchos faced top seeded Cal Berkeley but were unable to score a single point, dropping the match 4-0.

Santa Barbara tested its mettle against the Jayhawks in a back and forth matchup that has been all too familiar to the Gauchos this season. Eight times this season UCSB was forced to go to the seventh point and only twice has it come out on top.

UCSB started strong as they sealed the doubles point after Kansas defaulted on court three. As sophomore Palina Dubavets and junior Stefani Stojic battled on court one, junior Melissa Baker and freshman Stephanie Yamada beat freshman Anastasiya Rychagova and sophomore Smith Hinton 6-3 to end the doubles portion of the competition.

The one point lead extended to two following another point that was defaulted by Kansas due to an injury that left the Jayhawks with only only five players available. On court three, Kansas freshman Janet Koch bested Stojic as she won set one 6-2 then 6-3 to put Kansas on the board.

Dubavets, the other half of the ranked duo, extended the lead by defeating sophomore Hinton in two consecutive sets 6-2 and 6-4.

The Gauchos seemed in control as they were up 3-1 but quickly got into trouble when it surrendered the next two points.

Court five held the critical point as the result of the match would cut the season short for one team and would move the other to the next round to face No. 2 California.

Sophomore Amanda Atanasson faced senior Jayhawk Maria Jose Cardona for a ticket to the next round. Atanasson stumbled out the gate trailing at 5-2. With a strong push, however, she managed to not only come back but also to steal the first set 7-6 (5).

The sophomore continued to ride the momentum onto the second set by establishing a 4-2 lead; however, the tables turned as Cardona came back to force a third set by winning 6-7 (0).

With everything on the line, Atanasson began the final set to send UCSB to the second round of the NCAA championships for the first time in the school’s history. After several early games in the set Cardona got a quick two point lead, yet the young Gaucho tied it at three. Several back and forth exchanges left UCSB moving onto the next round as the third set ended 7-6 (8).

UCSB moved on to face Cal in the next round early Sunday morning after UC Berkeley swept the University of Texas Rio Grande Valley.

The Gauchos season was cut to an abrupt end after making history as Cal made quick work of UCSB by getting the sweep 4-0.

Despite the end to the 2016 season for UCSB, doubles Dubavet and Stojic continue to represent Santa Barbara by qualifying for the 2016 NCAA Individual Doubles Tournament which will take place May 25-30.