The Daily Nexus
Sports
Gauchos Lose Final Series of Regular Season
May 16, 2016 at 9:53 am by Antonia Bird

The UCSB softball team finished its season this weekend with a tough three-game series on the road against Cal State Fullerton, and unfortunately couldn’t close their season on a high note. 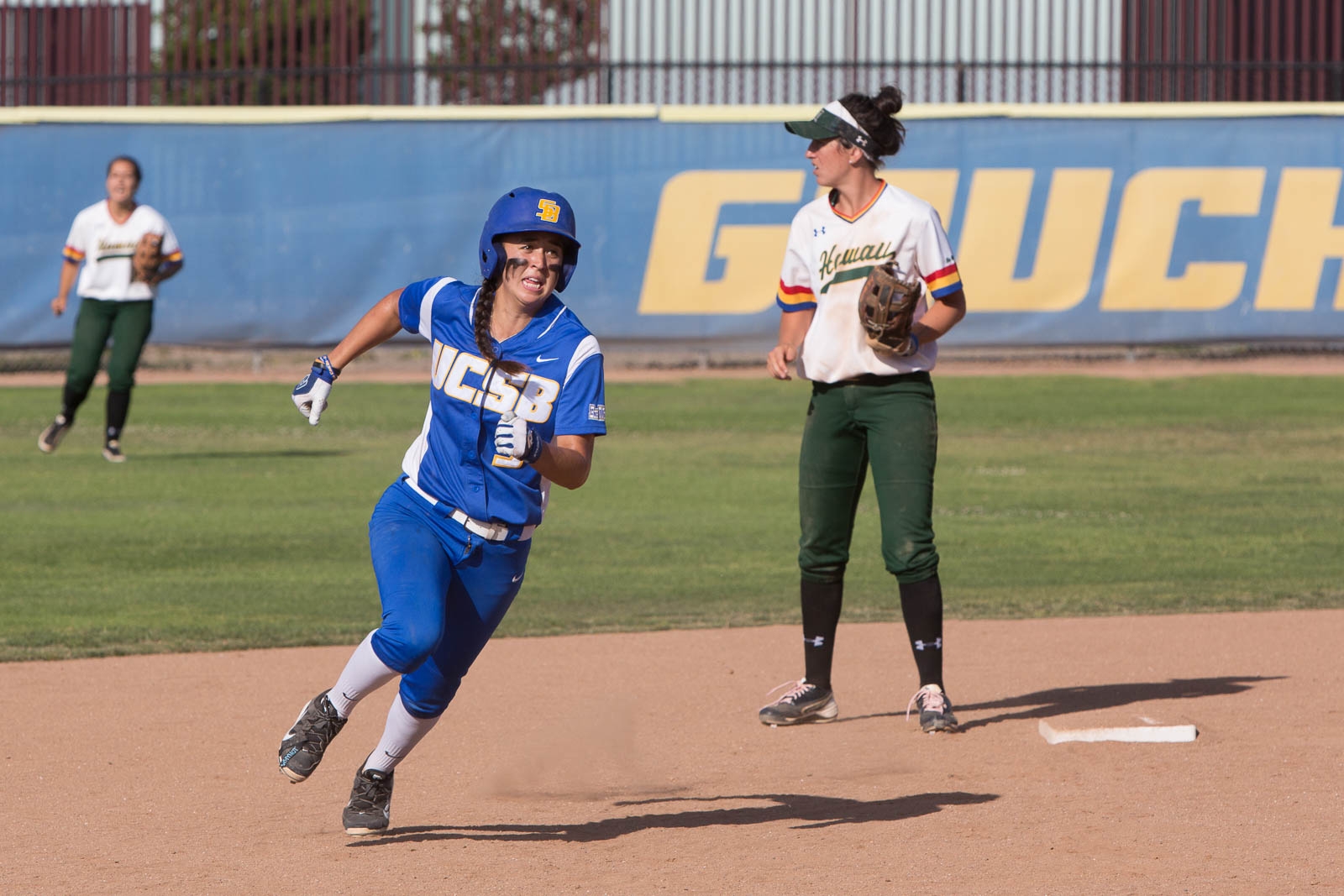 The Gauchos avoided getting swept however, as they managed a slim 4-3 win on Saturday. UCSB lost its first game on Friday 3-1, and its final game 7-1 on Saturday.

In Friday’s game, the Gauchos out hit the Titans but came away with the 3-1 loss due to a couple of defensive lapses as the Titans scored three unearned runs off of two costly Gaucho errors.

The Gauchos were able to quickly load the bases in the first inning, after junior outfielder Kristen Clark singled to center field and advanced to third on a single into right center by Arianna Palomares.

Senior catcher Samantha Clark was then hit by a pitch, then first baseman Sierra Altmeyer struck out and right fielder Jessica Johnston popped up to end the threat.

The Titans took their lead in the second with two unearned runs on three hits and an error. However the Gauchos cut the lead in the top of the fifth when freshman shortstop Melanie Menor hit an RBI double into left center, bringing home junior outfielder Jacqueline Hinjosa.

The Titans answered back in the bottom of the fifth with another unearned run on a sacrifice fly and the Titans shut down the UCSB attack the rest of the way.

In the game, Menor went 2-3 with an RBI and a double. Hinojosa went 1-3 at the plate with a run scored.

In Saturday’s first game, the Gauchos played good softball; they came back from a 3-0 deficit to claim a 4-3 victory, scoring two runs in the third and another in the fifth to tie the score at three.

The Gauchos took the lead for good in the seventh on a clutch homer with two outs in the inning by Menor.

Menor was 2-4 on the day with two RBIs and a run scored. Arianna Palomares had a good day as she went 1-3 with two RBI’s. DP Jessica Tetzlaff went 1-2 with two runs scored, while right fielder Jessica Johnston collected two hits and a stolen base.

Senior Ashley Ludlow started the game for the Gauchos, but lasted only 1.1 innings, giving up three runs (two earned) on three hits and a walk.

Freshman Veronika Gulvin came on in the second and pitched the final 5.2 innings for the win, giving up no runs and six hits while striking out one. It was big day for Gulvin, as she picked up her eighth win of the season, which is very impressive for such a young pitcher.

Hoping to extend their winning streak in the second game of Saturday’s double header, the Gauchos were unable to show up with the same intensity and lost to the Titans 7-1 in the season finale.

Although UCSB was the first to get a run on the board when Clark singled and scored on a throwing error, the Titans tied the score in the bottom of the first and blew it open with four more runs in the second.

The Titans went on to score two more runs in the game, one in the third and another in the sixth.

The Gauchos could only manage three hits in the game off a trio of Titan pitchers, and Titan reliever Christina Washington pitched two innings to pick up her third win of the season.

Gaucho pitcher Veronika Gulvin took the loss, giving up five runs on four hits, including two home runs. At the plate for the Gauchos, Clark went 1-4 on the day with a run scored. Tetzlaff and catcher Samantha Stark each went 1-3.

Although the Gauchos couldn’t end the season the way they would have liked, they fought hard in every game, never gave up and played with heart. These are traits this team is highly known for and is something that they will no doubt build upon for next year.

However, this year may not be over as UCSB still has a slight chance to make an appearance in the NCAA tournament. Regardless, this team’s efforts in the 2015-2016 season deserve to be applauded.