The Daily Nexus
News
Students Look To Profit from School IDs
May 14, 2016 at 12:08 pm by Nicholas Bogel-Burroughs 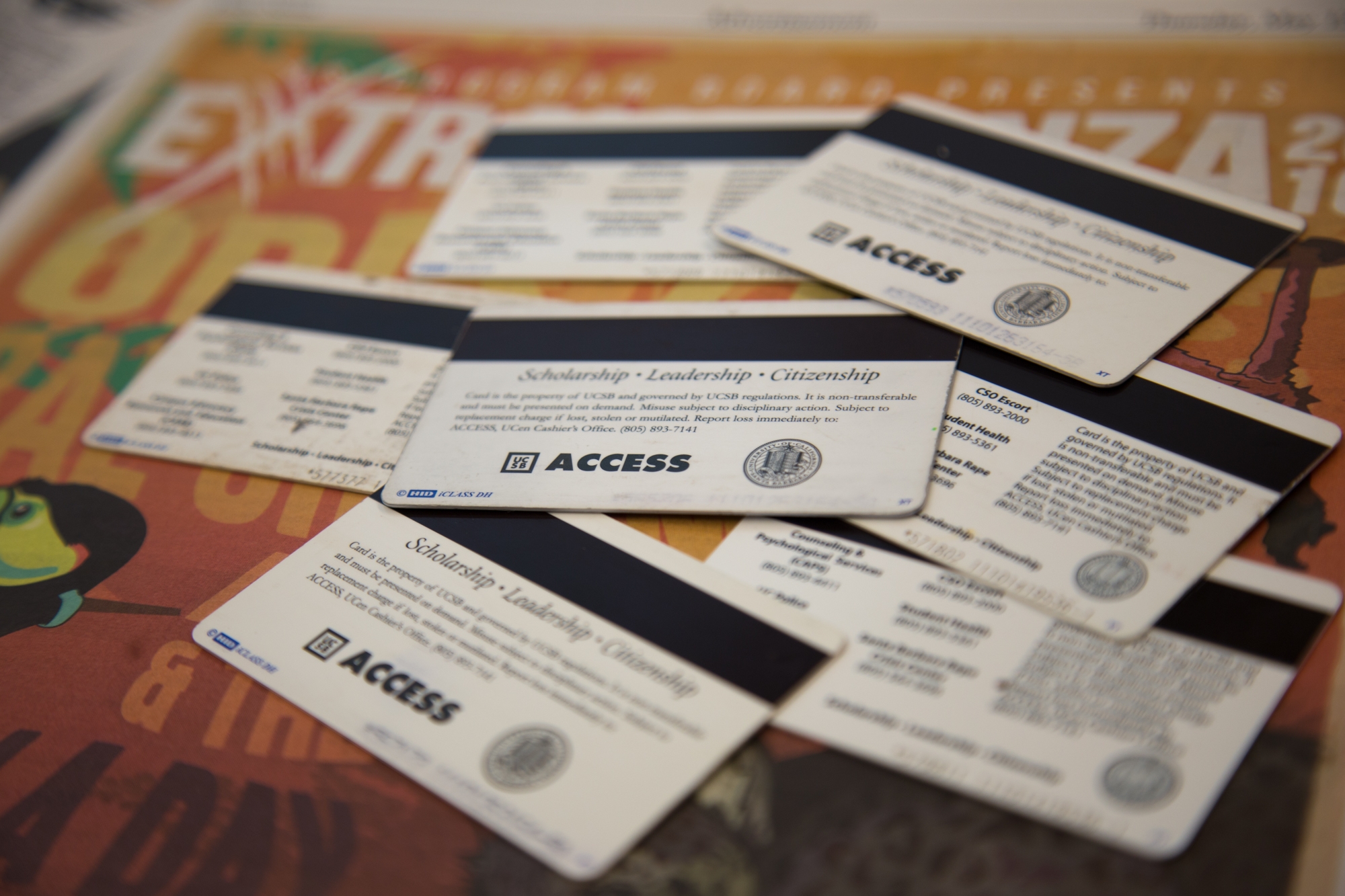 With about 24 hours until UC Santa Barbara’s spring concert on Sunday, many non-students are still trying to snag a ticket. But the concert, Extravaganza, is only open to UCSB students, meaning that tickets come in the form of borrowed — or purchased — student ID cards.

Several students have already been referred to UCSB’s Office of Judicial Affairs for trying to rent or sell their IDs to non-UCSB students, and a Facebook search returned more than 40 posts either seeking or selling a student access card.

Sarah Yang, who graduated from UCSB after Winter Quarter, wanted to go to the concert but is visiting Las Vegas with friends instead.

She decided to make some extra cash by posting her ID on Facebook and received about 10 offers ranging from $20 to $50. In the end, though, Yang passed up on the money and gave her ID to a friend who needed one.

Associated Students Program Board (ASPB), the student-funded organization hosting the concert, has hired professional security for the event and instructed them to look for certain things on students’ ID cards.

Levine said that while ASPB does have machines to scan the ID cards, she is not sure if they will be used on Sunday, but Program Board has been monitoring social media sites and referring students to Judicial Affairs.

Katya Armistead, the dean of student life, said students who are flagged as having sold their ID card will, at the very least, have to speak with an administrator.

“There’s not a set consequence. I would definitely at the very least call the student in to have a conversation,” Armistead said, adding that “it’s not a witch hunt.”

Armistead said she knows this has been a problem for years, but was surprised, this year, when she saw people pop up on her own Facebook feed selling IDs.

One first-year UCSB student, who spoke on the condition of anonymity because selling and buying ID cards is against school policy, said she sees why the students-only policy exists, but wanted to be able to bring her boyfriend.

“It’s understandable, like I get it, but it sucks, you know?” she said. “I totally understand it, but I’m still trying to get around it.”

The first-year student posted on Facebook looking to buy an ID for $15. She was contacted by someone renting out their ID for $45, far more than she was willing to pay.

“It might be worth it if it was a concert ticket, but it’s just an access card, you know,” said the student, who is still looking for a way to bring her boyfriend to Extravaganza on Sunday.

If we own our IDs and pay for Extravaganza with our funds, why can’t we sell our property? What’s the difference between this and selling a ticket you bought to a concert?

The point of the ID is to identify you as a UCSB student to allow you to enter an event restricted to UCSB students. This is essentially the same as giving your ID to someone under 21 so they can get into a bar.

Seriously, I don’t understand why the university has to sweat on this. They want to play CAPITALIST game then PLAY along! Why don’t they have admission tickets sell at the door? And just increase the fee of renew Access Cards so the students can value their cards and not just let any strangers pay cheap price to borrow their cards and will lose them in the event. Come on! I don’t see reasons to complaint and punish any one. It’s just a Money Game!! Hence, the university can find more artist or famous one to Extravaganza next year!!!

so make the cards less affordable for everyone and they will gain a greater profit from student IDs? yeah…no.