The Daily Nexus
Recipes
Pull Apart Pizza Bread
May 13, 2016 at 5:05 am by Tiffany Velazquez 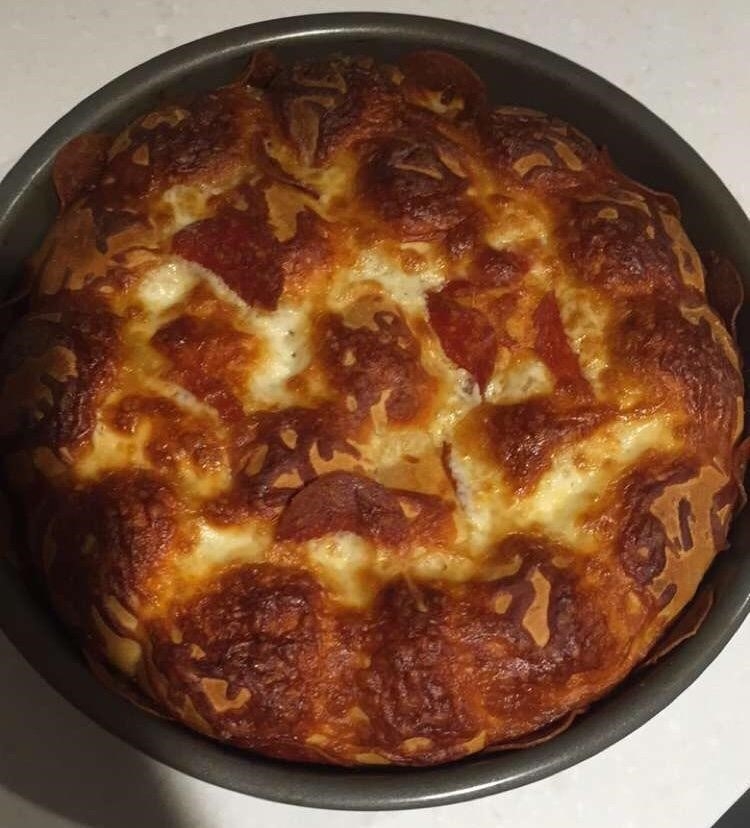 As any college student knows, we like things to be both quick and easy. This especially goes for food, making media companies such as Tasty and BuzzFeed incredibly popular among college students. Yet, despite seeing 30-second videos for recipes all over our Facebook news feed, we very rarely actually try these out.

The ingredient list was simple enough, calling for a can or two of Pillsbury biscuit dough, mozzarella cheese and pepperoni slices. I had bought the ingredients earlier in the week, so we simply acquired a pan from the front desk of our residence hall and set out to try the recipe.

We started by preheating the oven to 350 degrees, letting it heat up while we prepared the dish. We started out by opening up the can of biscuit dough, separating each individual biscuit and initially cutting them in half. That proved to be a bad move as my efforts to spend less money had resulted in me buying the smaller biscuits that were on sale. This resulted in us attempting to somehow stick the pieces of biscuit back together and then flattening them out into circles. It seemed to work well enough so we placed a pepperoni on each circle of dough, adding a small bit of shredded mozzarella cheese and adding another pepperoni on top. From there, we rolled the dough into a ball which took a few attempts due to our mutilated dough. We eventually managed to get the dough into a ball and were able to place them all into a buttered baking pan. We added some extra cheese and pepperoni over the top and proceeded to place the pan into the oven, leaving the balls to bake in the oven for roughly 30 minutes. We stayed in the kitchen all the while, not completely sure if the cooking time was accurate. My roommate pulled the pan out of the oven when the cheese had browned, using a hand towel due to our lack of oven mitts.

Once back in our room we were too impatient to truly wait for the bread to cool, digging in once our masterpiece had been put on the internet for all to see. To our delight, the “bread” tasted absolutely amazing. The parts in which the cheese had not completely browned were the best, each bite providing us with gooey cheese and warm pepperoni. As a lover of all things pizza I was completely in love. The pull-apart pizza bread reminded us both of a pepperoni pretzel you would get at the mall and was enough to fill us both up for the night. We were somehow able to maintain some self-control and take some to our other roommate.

This delicious recipe is perfect to make with friends, especially amidst the chaos of midterms. We will definitely be making this recipe again in the near future, saving us from having to pay for Domino’s delivery. The process of it was incredibly easy, and this is coming from someone who once completely burned a bag of microwave popcorn. I can now proudly boast that I was able to cook a meal without any major mishaps.