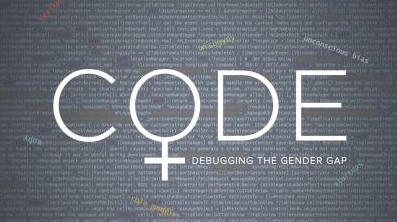 I got the privilege of attending the screening of “Code: Debugging the Gender Gap” at the Pollock Theater. “Code” is a documentary directed and produced by Robin Hauser Reynolds. This documentary has won 14 awards and has been screened worldwide. After the film ended there was a panel of five others to discuss the issues brought up during the screening. Those five panelists are: Cornelia Davis, Karen K. Myers, Maria Charles, Amr El Abbadi and Cynthia Stool (the moderator, so-to-speak).

“Code” discusses women in S.T.E.M. — specifically women who are coders. The documentary sheds light on how women are brought up differently from men and are automatically deterred from S.T.E.M. Growing up, women are often told that they won’t like math, science or coding — or perhaps they are told that they aren’t good enough. When people are told something enough they start to believe it. The difference between men and women here is that men aren’t told that they aren’t good enough at math while women, generally, deal with that on a frequent basis.

Reynolds interviewed several groups that promote women to engage in coding. Several of the groups focus on women of color or young children. According to “Code,” several countries have already made it mandatory to incorporate coding into the curriculum for children at a young age — while here, in the U.S., it isn’t even available at all schools. Availability of these types of courses greatly effect who can get into the field at a young age.

It was interesting to find out how universal a skill like coding is. It is not just a tool strictly for S.T.E.M. majors — it can be used in artistic fields as well. One person interviewed in “Code,” Danielle Feinberg, expressed her love for both art and coding. Feinberg is a visual effects artist for Pixar; she showed how coding was used to animate Merida’s hair in the movie “Brave.” On top of animation, coding can be used for web design, video games, etc. The people interviewed all emphasized the need for more women in the field.

Something that came up during the panelists’ discussion was the lack of availability of coding courses. There were a few professors and students in the audience from S.T.E.M. departments at UCSB that had a few words to say on this issue — including Professor Amr El Abbadi. The issue is that the class sizes for coding courses at UCSB are too small; they are filled up mostly by incoming freshmen, and primarily male ones at that. Several professors agree that women usually find interest after taking an intro course in the field once in college, but are unable to get into the major due to the lack of space. This created a large discussion in which no answers or possible solutions were found other than sustaining funding.

A student brought up the fact that there are approximately 20 spots for new majors to transfer into the field after already having started college. Professor Amr El Abbadi expressed his frustration with the school assigning coding classes extremely small classrooms. He said that he can fit about 30-38 students in one room, but then there are another 30-38 students on the waitlist that cannot get in.

Reynolds really made an eye-opening documentary. She even brought up the fact that it’s hard to get women to join the field especially when they become likely to be sexually harassed. She interviewed one women in particular who shared her story about being sexualized in the workplace. It got to the point where it was so bad that she left her job — and even then she was cyber-bullied/sexually harassed by her ex-co-workers.

I barely scratched the surface of “Code: Debugging the Gender Gap.” One major issue the film covers is the issue of not having a diverse team. Not having a diverse team (i.e. just having men) can lead to accidents or certain issues getting overlooked. So if you ever have the opportunity to watch it, take it. It is really enlightening and educational. It sheds light on how important it is to diversify the coding institution and to include more women.