The Daily Nexus
News
Woman in Hospital After Vehicle Strikes Tree on UCSB Campus
May 11, 2016 at 9:44 pm by Nicholas Bogel-Burroughs 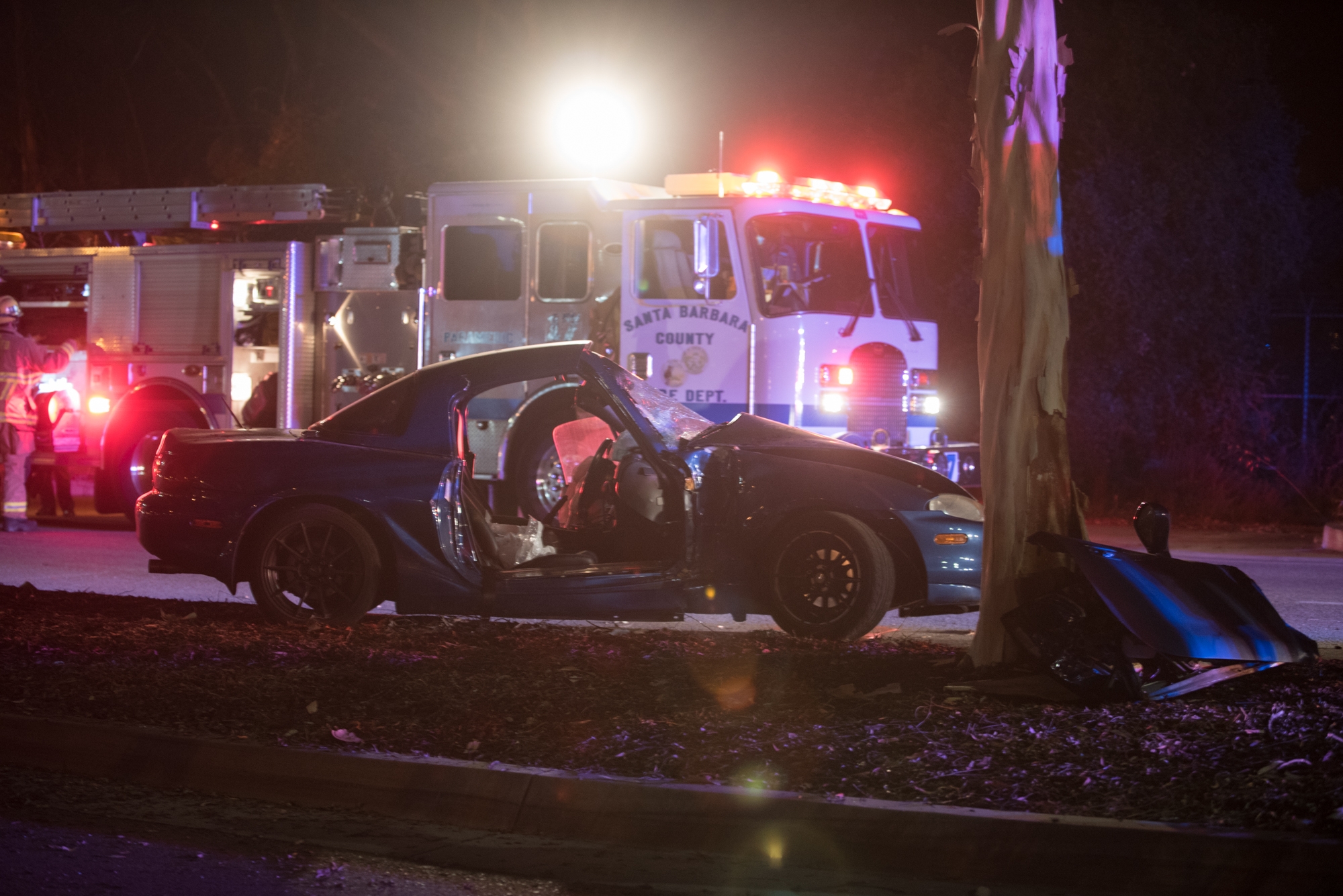 Firefighters ripped off the passenger door to rescue a woman Wednesday night after the car she was in, driven by a man, struck a tree on the edge of UCSB’s campus.

Santa Barbara County firefighters and an ambulance responded to Mesa Road at the north edge of campus at 8:25 p.m. Wednesday after a blue, two-door Mazda struck a tree in the median near the corner of Ocean Road.

The woman passenger, in her early 20s, was transported to Santa Barbara Cottage Hospital with “moderate injuries,” according to Fire Captain Dave Zaniboni. Despite major damage to the front of the vehicle, the male driver was uninjured. 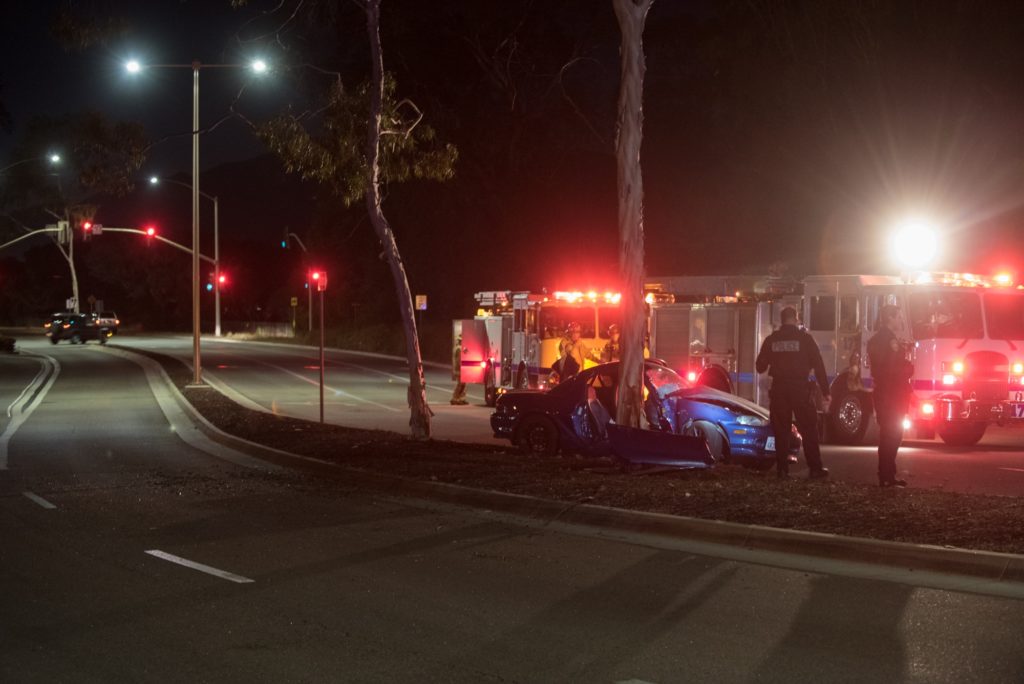 A police officer at the scene said the vehicle was traveling west on Mesa Road and that “speed” was the cause of the accident, which remains under investigation by California Highway Patrol and the Santa Barbara County Sheriff’s Office.

A man who witnessed the accident, Alex Flood, was driving in the opposite direction when he saw the blue Mazda attempt to cross Mesa Road’s center divider.

“It looked like they were coming straight across the median, perpendicular to the median, and the right side of the car hit the tree,” Flood said.

Westbound traffic on Mesa Road was stopped while firefighters rescued the female passenger, but the road reopened at approximately 9 p.m.