The Daily Nexus
Music
The Neighbourhood to Wipe Out Majestic Ventura Theater
May 10, 2016 at 1:12 pm by Tracy Smith 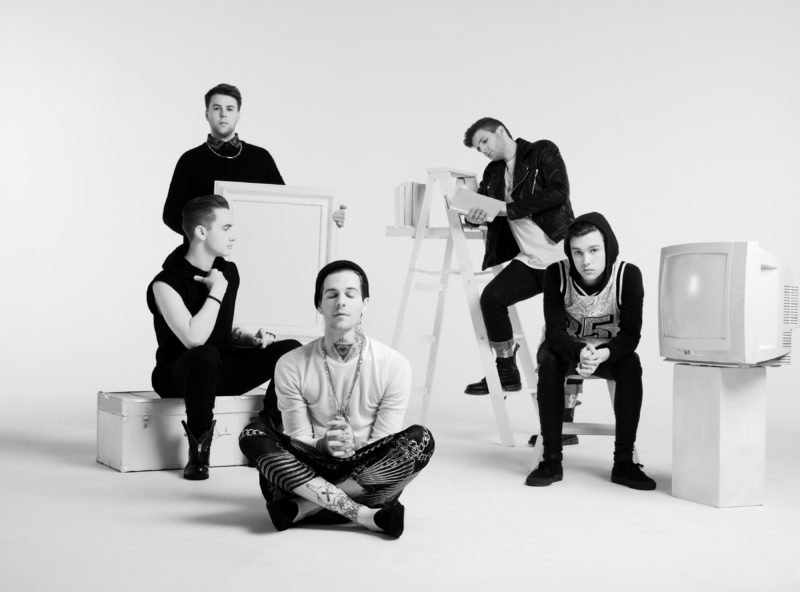 After a much needed break, The Neighbourhood and its members embarked on the musical journey of what would become their latest album, Wiped Out. Since the release of the album, the band has restlessly toured numerous cities across several countries. Sweater weather may be over for Santa Barbara natives, but as of this Tuesday, The Neighbourhood will be bringing it back in full force to the Majestic Ventura Theater. The show was originally booked at the Santa Barbara Bowl but made a move to the Majestic Ventura Theater, where all tickets will be honored.

The two EPs I’m Sorry and Thank You and debut album I Love You respectively were the building blocks for the success of the band we as they are today. They became known for their black and white aesthetic, as seen in their scenic rotating clips for songs like “Flawless” and “WDYWFM,” along with their overall social media presence. With their appearance on “Jimmy Kimmel Live,” The Neighbourhood performed a stylish live television debut in black and white. Even after the departure of their original drummer Bryan Sammis, their status as the band to be on the lookout for remained, as did their loyal fanbase dedicated to decoding their cryptic melodies. In 2014 The Neighbourhood dropped a mixtape titled #000000 & #FFFFFF. The mixtape consisted of several singles the band had previously released along with a few new ones featuring artists like YG, Raury and French Montana.

After the release of the mixtape, however, the band went off the radar for a span of time to recover from the constant shows and festivals they had booked as well as to get to the root of what their next work of art would be. Out of this brief hiatus bloomed their sophomore album Wiped Out!, a fiery, complex treasure that would take all of their fans and critics by surprise. Listening to the album by its lonesome is a journey, so seeing The Neighbourhood bring it to life will be a vivid experience. There is no doubt that this band aims to please, and it would be an honor for anyone to say they were in attendance when the Majestic Ventura Theater got “wiped out.”