The Daily Nexus
Track and Field
Gauchos Head Home with Big Victories at Big West Combined Events
May 9, 2016 at 5:05 am by Duncan MacPhee

UC Santa Barbara’s own Tyler Nelson, a sophomore from San Diego, came up big Friday and Saturday, upsetting one of the best runners the Big West has to offer. 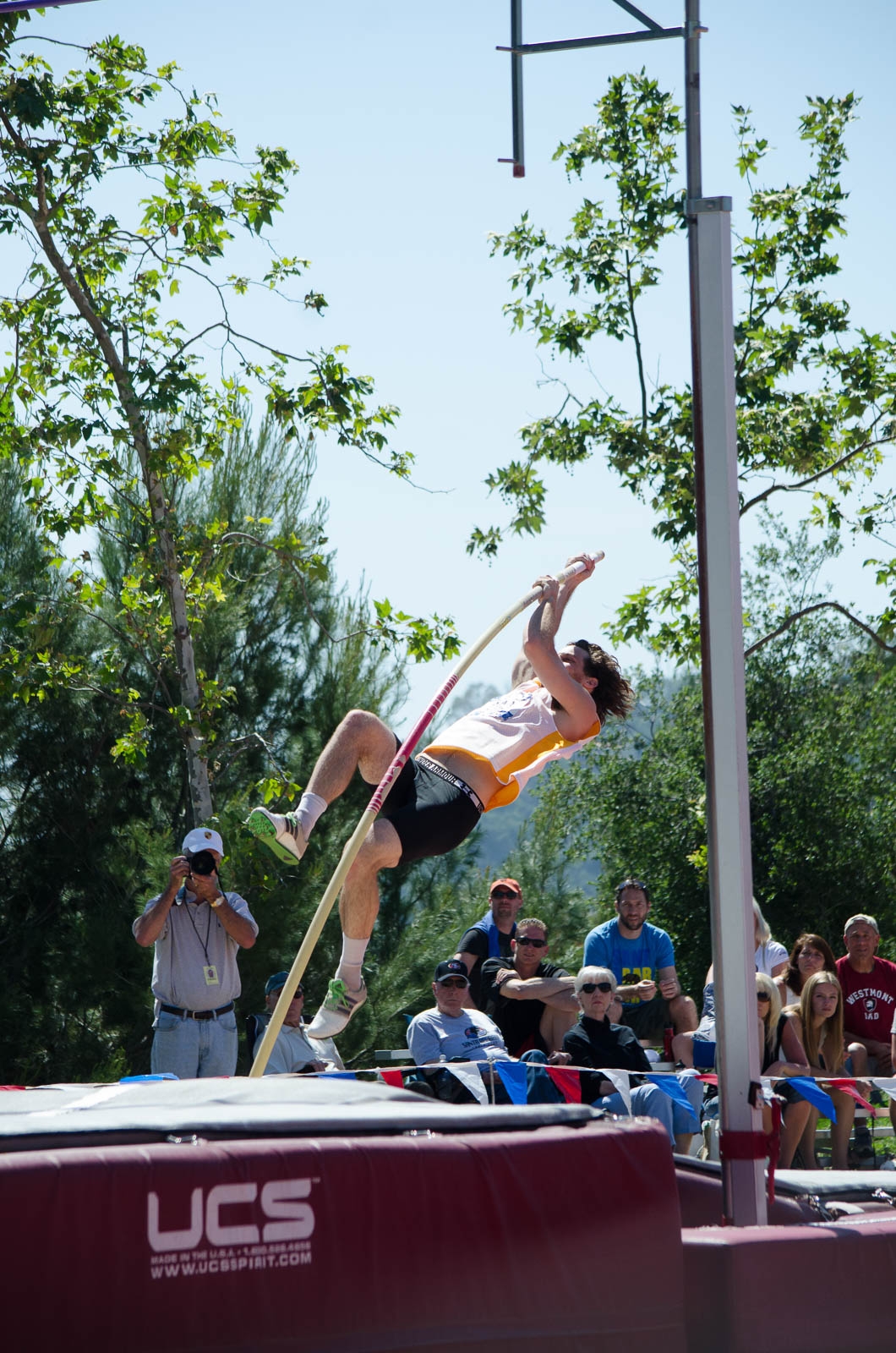 When scores went up after the conclusion of the first day of events, Nelson found himself in second place, slightly behind the favored sophomore Herman Day of Long Beach State.

The second day was back-and-forth and full of action, but ultimately the championship was decided by the meet’s final event.

In the 1500m race, a determined Nelson blew Day out of the water with a strong run that sealed the victory.

Nelson earned the upset decathlon victory for Santa Barbara in the multi-events section of the Big West Championships, finishing with 7220 points to edge the conference leader Herman Day.

Taking second place in the 1500m race with a run of 4:45.72 also supplied some much needed points in what was a superb all-around performance for the newcomer and eventual victor.

Competing in his home track facilities, Herman Day ended his day with 7198 points and was forced to settle for second place.

The other two Gaucho athletes entered in the decathlon ended up in finishing in the middle of the pack. The reigning conference champion of the decathlon, Gaucho junior Darion Williams, finished in sixth place with 6799 points.

UCSB Freshman Wyatt Thompson-Siporen ended his day in eighth place with 6754 points, but he has some time to work his way up to the top of conference.

Meanwhile on the women’s side, the dynamic Gauchos duo of freshman Hope Bender and junior Tori Usgaard came up short of victory on a weekend when Long Beach State’s conference-leading junior Riley Cooks dominated the competition.

Cooks ended up with a score of 5414, which proved to be more than enough for a victory as the next best score was 5124, put up by junior Tayler Fleming of UC Riverside.

Bender finished in a very respectable third place with a score of 5114, exactly 300 points behind the winner Cooks. She was followed by Usgaard in fourth, who ended the final day with 5075 points.

Looking past the fourth place finish, Usgaard is most likely very proud of her result if you go by what she said a couple weeks ago when looking ahead to this championship weekend.

“My biggest goal is … since freshman year I always wanted to hit that 5,000 mark in the heptathlon, and I’ve never been able to. I don’t know if it’s just a lack of confidence or I just wasn’t willing to … push myself to that extent, but now this year I feel a lot more confident that it’s going to happen,” said Usgaard.

Her prediction came true and the goal was realized on Saturday when the results were finalized and she found out that she actually overshot her target by 75 points.

Usgaard attained her goal in part by placing third in the long jump with a leap of 5.67m, third in the javelin throw with a toss of 36.62m and fourth in the 100m hurdles with a run of 14.38 seconds.

The whole Gauchos track and field team will now look ahead to the second weekend of the Big West Championships starting this Friday, May 13, and finishing up Saturday, May 14, which is again hosted by Long Beach State at Jack Rose Stadium.