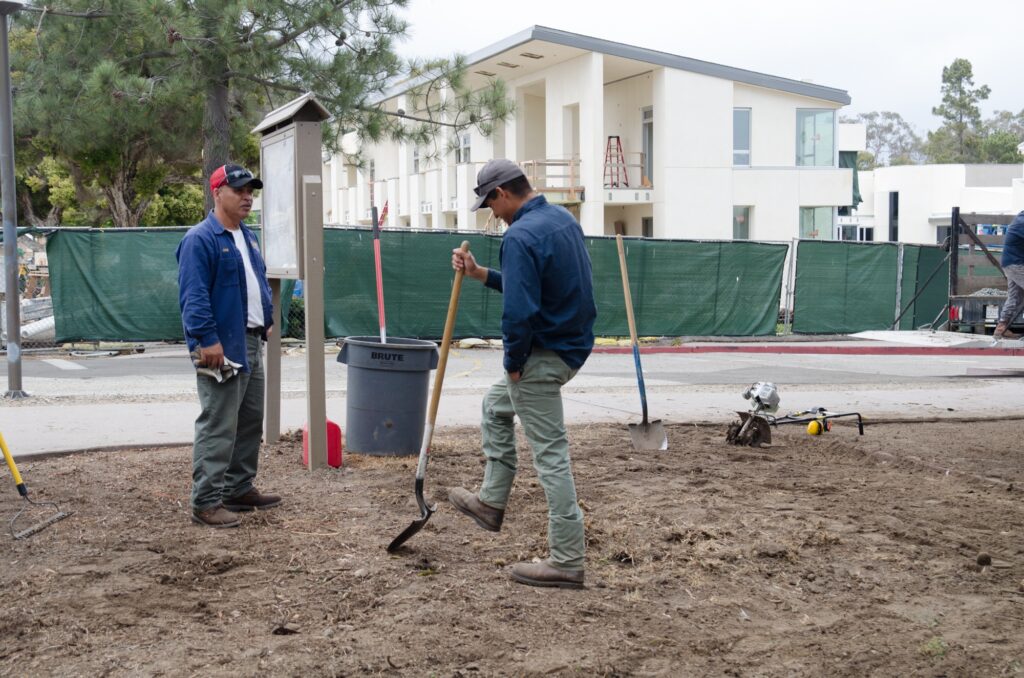 As UCSB continues to increase development each year, it is required to undertake restoration projects to mitigate the ecological impact of construction.

Lisa Stratton, director of ecosystem management at Cheadle Center for Biodiversity and Ecological Restoration, has been working there since 2005, analyzing impacts of development projects, writing grants for restoration funding and communicating with officials on campus about mitigation efforts.

According to Stratton, the university carries out the restoration projects because of policies included in the Coastal Act and the Clean Water Act.

“Generally the goal of the Coastal Commission is to preserve and avoid impacts,” Stratton wrote in an email on Wednesday. “If that cannot be avoided, then minimize impacts and as a final, least desired alternative, impact the resource and do restoration somewhere else.”

UCSB’s 2015 Princeton Review ranking as the No. 1 Green College amongst public universities stands as a “point of pride” on the school website, and the recent construction of Manzanita Village won the Santa Barbara Sustainability Award in 2005.

When the university plans to develop and potentially damage the environment of an area, they must reserve an equal area for mitigation purposes, as explained in Section 30607.1 of the California Coastal Act. “Where any dike and fill development is permitted in wetlands […] mitigation measures shall include, at a minimum, either acquisition of equivalent areas of equal or greater biological productivity or opening up equivalent areas to tidal action.”

For the university, the ‘“equivalent areas of equal or greater biological productivity’” are handed over to CCBER for mitigation. Apart from the Manzanita Village and Lagoon Park, current CCBER management areas include the San Clemente wetland, the lot 38 bioswale, North Bluff and the Campus Lagoon.

“Manzanita impacted a very small amount of wetland habitat and created a six-acre restoration area as mitigation along the bluff and lagoon edges,” Stratton says. Past projects, on the other hand, have not been so gentle. “North Campus Faculty housing worked around a bunch over very low quality wetlands and graded them and protected them with reduced, 25-foot buffers within the housing development plus did some mitigation on South Parcel.”

This kind of environmental degradation does not go without consequences. “A total of about 25 acres of restoration is happening because of faculty housing,” Stratton adds.

Manzanita’s six acres and North Campus Faculty housing’s 25, coupled with six acres of mitigation from San Clemente and three from San Joaquin, constitutes the mitigation aspect of CCBER’s restoration work on campus, according to Stratton. The total comes to about 40 acres.

For Stratton, the job takes an optimistic turn in light of the positive educational and environmental change she and her colleagues create. “CCBER manages about 250 of campus’s 1000 acres, and integrates hundreds of students in our work each year as employees, interns and volunteers who help with research and restoration.”

A version of this story appeared on p. 6 of the Thursday, May 5, 2016 print edition of the Daily Nexus.