The Daily Nexus
Sports Blogs
Change in Home Signals Kings’ Return to Throne?
May 5, 2016 at 5:02 am by Elliot Thornton 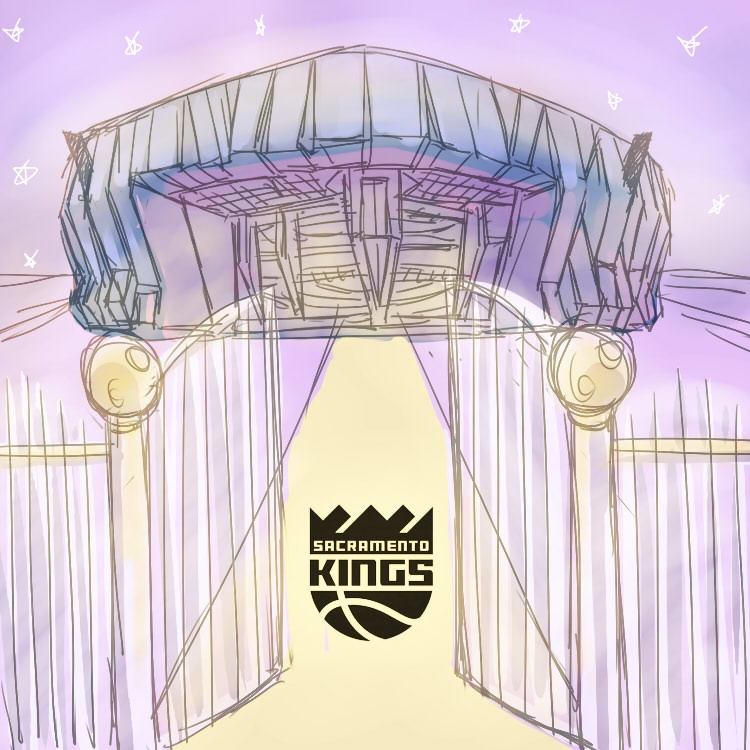 While King James, the Cavaliers, the reigning champion Warriors and the powerhouse Spurs all managed to breeze through the first round of the NBA Playoffs, teams not participating in the postseason continue to watch from afar and prepare for yet another offseason.

Despite their playoff shortcomings, the time off is still valued as teams are able to learn from their most recent miscues in hopes of making a top eight conference finish the following season. For some NBA teams, the road to success may be more challenging than others, but for a franchise like the Sacramento Kings, the 2017 year could very well stand as their opportunity for growth.

As the Kings bid farewell to the aging Sleep Train Arena, a home court that has hosted 28 seasons and nested three memorable Pacific Division titles, a pure sense of optimism emanates for its fans in welcoming their new state-of-the-art facility, the Golden One Center.

Following its relocation in 1985 from Kansas City to Sacramento, the team has experienced a nine-year playoff drought since losing 4-2 to the San Antonio Spurs in the first round of the 2006 NBA Playoffs.

Despite a 65-year gap since the team’s first and only Finals appearance and title in 1951, Kings’ fans remain faithfully grounded and trust that their team will once again assemble the unique components that made them special: winning.

The change in scenery with the implementation of Golden One Center could help with this favorable shift for the franchise.

A city cherished for its Gold Rush history and title as the epicenter of California, this energetic enthusiasm that once buzzed through the streets of Sacramento has long been absent for the capital city.

While a young Demarcus “Boogie” Cousins keeps the city hopeful with his All-Star talent, the sporadic mixing of coaches and players has prohibited Sac-town from producing a winning basketball team reminiscent of the success achieved by players such as Mike Bibby, Peja Stojakovic and former “Fab Five” member Chris Webber.

Having not achieved a winning record since the team’s last playoff trip, it is this tradition of losing that current owner and Chairman Vivek Ranadivé looks to erase.

In his second year with the Kings, Ranadivé has encouraged his fellow community to stand strong during this disheartening time. Looking to spark fan engagement and put Sacramento back on the map, Ranadivé assembled a plan that would get the Kings back on their feet.

Pairing up with the City Council of Sacramento, an approved vote helped set forth the $507 million dollar deal for the Golden One Center. Set to open just in time for the upcoming NBA season this October, this fresh arena will surely energize a city that has been deprived of winning basketball.

At 779,000 square feet, up to 19,000 in seating and located in the heart of downtown Sacramento, the Golden One Center acts as an ideal and enticing venue for excitement, culture and live entertainment.

Ranadivé has also caught the attention of more renowned sports organizations with this newly implemented arena.

The California Interscholastic Federation and the NCAA have both agreed to make the Golden One Center home of the CIF State Basketball Championships as well as the first two rounds of the NCAA Men’s Division I Tournament.

With a prime location, a host to iconic sporting events and state-of-the-art facilities that ensure optimum levels of enjoyment, the Golden One Center will not only rejuvenate this urban metropolitan area but also its loyal Kings’ fans.

While the city of Cleveland seeks its first NBA championship and the Warriors look to neatly wrap up an already historic season, the Kings also have their own goal in mind of rekindling a winning culture.

Still nostalgic from the early 2000s and in search of a new identity, the Golden One Center will offer the fresh start this NBA franchise eagerly needs. Coming early October, history will be made and the city of Sacramento will embark on a “New Era of Proud.”

A version of this article appeared on page 9 of May 5, 2016’s print edition of the Daily Nexus.