The Daily Nexus
News
UCSB Students Celebrate ‘May Day’ With Rally and Teach-In
May 2, 2016 at 9:59 pm by Effie Sklavenitis

Three student groups organized a “May Day” rally and teach-in in front of Storke Tower on Monday to protest workplace exploitation.

UCSB Students for Bernie Sanders, United Students Against Sweatshops (USAS) and the UCSB Labor Council collaborated with faculty and performers to draw attention to domestic and worldwide labor movements. 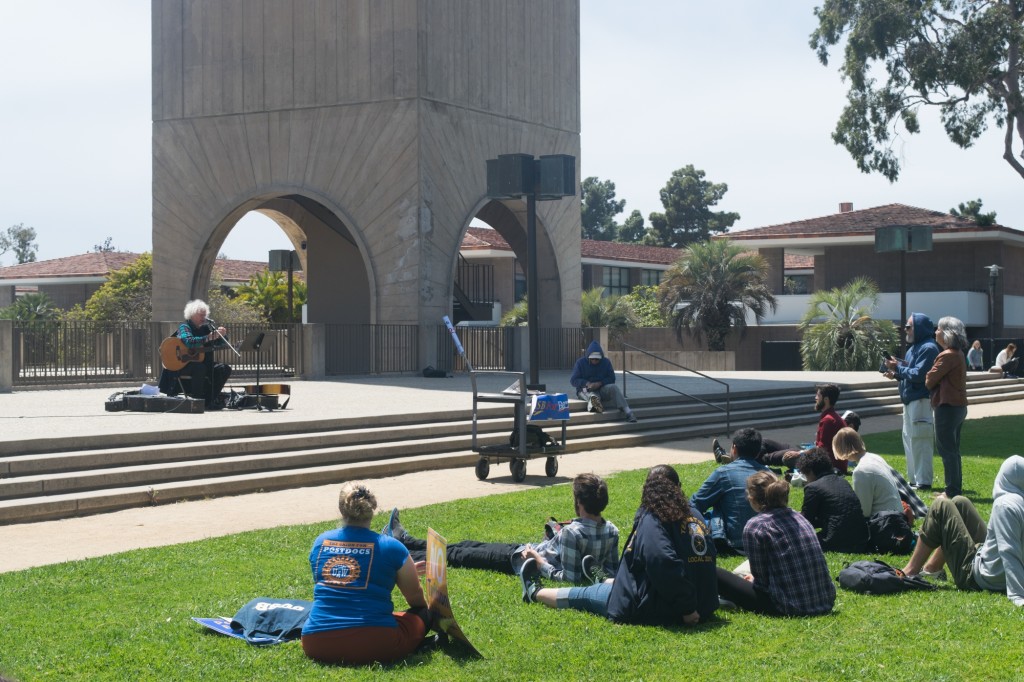 The date represents the events of the Haymarket Affair in Chicago in 1886, during which police officers opened fire on activists after a bomb exploded during the protest.

May Day protests are sometimes marked by violence, as seen in Seattle on Sunday when protestors threw Molotov cocktails and rocks at police, causing injuries and arrests.

At UCSB, the small rally remained peaceful and served as a platform for students and unionizers to highlight their work.

Since the 1880s, May Day is shared with International Workers’ Day because of worldwide labor movements that arose amid the call for fair working conditions.

Aviva Milner-Brage, organizer for the Union for Postdoctoral Research at the UC, became a labor activist after seeing the unbalanced expectations placed on teaching assistants while serving as one at UCSB.

“My labor organizing began as a result of working as a teaching assistant and having many students and realizing that my labor was really important to the functioning of the UC,” Milner-Brage said. “The UC works because we do.”

Erika Ito, USAS member and UCSB alumnus, linked the international movements of solidarity to the work of UCSB’s USAS organization.

“Many workers abroad do not have the ability to unionize without facing violence and the possibility of being fired,” Ito said. “At UCSB, USAS is able to speak with Chancellor Yang to phase out of apparel from the UCSB Bookstore that is not complicit with fair labor standards.” 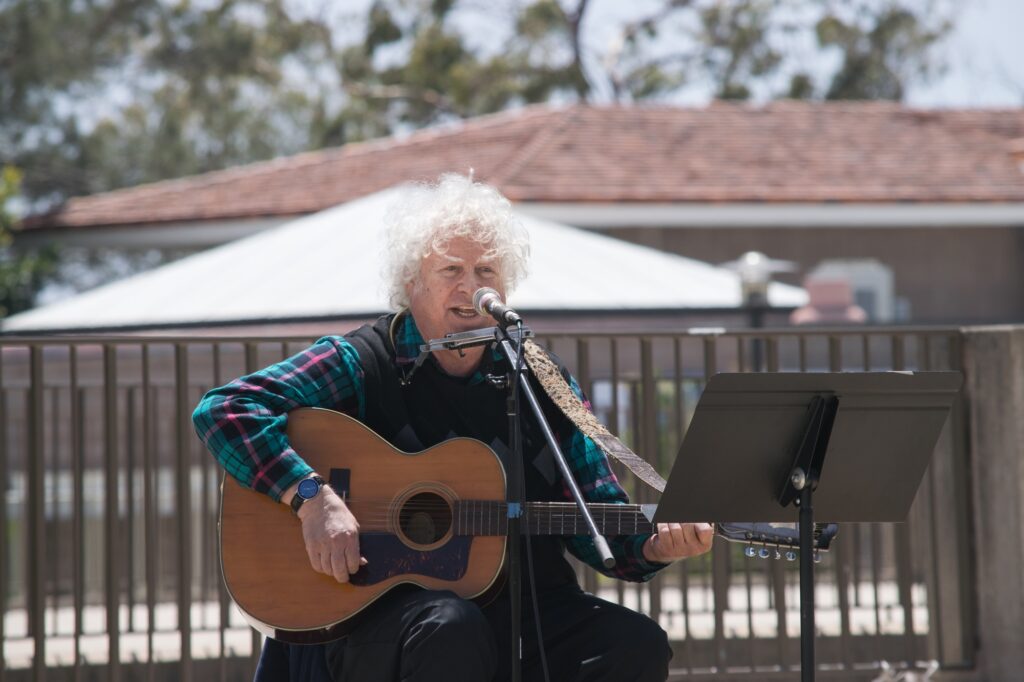 Ito retold the harrowing account of what happens when just labor practices are not in place to ensure workers’ safety, recounting the collapse of an eight-story building in Dhaka, Bangladesh.

“Workers complained about the conditions, but nothing was done,” Ito said. “Then, just one day, there was a huge crack in the building that led to a huge catastrophe.”

Andrew Gabriel Pragin used the rally as a call to action to get more UCSB students to register to vote and voice their concerns.

“Isla Vista is a beautiful place that a lot of people take for granted,” Pragin said. “I encourage you all to get more involved.”

Milner-Brage saw that her work with the union was the most effective way to help students succeed in their programs and to assess whether they are being fairly compensated.

“International Workers’ Day in the U.S. gets really downplayed and isn’t really well understood by the general public, so the hope with this event is to draw attention to workers’ rights on our own campus,” Milner-Brage said. “Students are workers, too.”

Field Representative for the University Council-American Federation of Teachers (AFT) Marcelino Sepulveda closed the event by calling the rally a reclaiming of the labor movement.

“Just know that you stand in solidarity with movements across this country — movements that are rising up to change the system … to take the power back into the people’s hands,” Sepulveda said. “The future is yours. Thank you for being awake and aware … this is the most important work that we have to do: Fight for democracy.”