Isla Vista is a town full of young college-aged students who spend a lot of time in the sun and look pretty damn good. It makes sense that there’s a lot of sex happening. What also happens quite a bit is getting interrupted during the act. It’s happened to almost everybody I know, and in many different compromising … positions. Most recently I was interrupted during the fulfillment of a certain job, which is taxing enough given the need to control one’s gag reflex and also give pleasure at the same time. I heard a door open and paused — dick in mouth. I looked up to make direct eye contact with a housemate who had gone into the adjoining room for who knows what.

In another circumstance we could’ve laughed it off, but in this case, it felt as though she was more offended than I or the guy I was with was. This brings me to the question: in a place where most people are having sex, and we’re stacked on top of each other sometimes three to a room, why do some people get upset when they hear or see people having sex? Why is it surprising and why can’t people just knock? 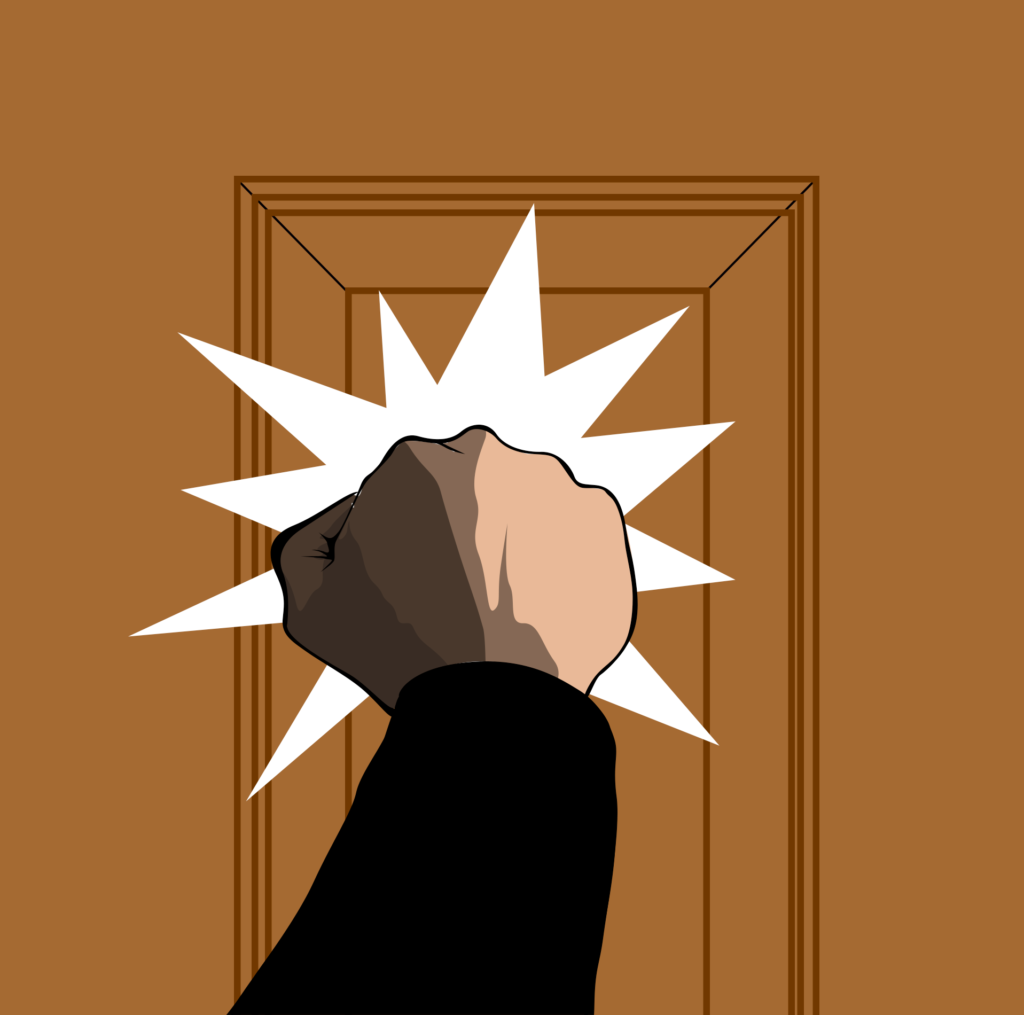 My friends and I talk about sex quite a bit and we’re not shy about recounting our most recent escapades in detail. But outside of our nuclear friend groups there are social stigmas that attach themselves to our sexual actions which reach back to how we are taught about sex, and the social climate of the United States as a whole. The walk of shame, for example, is seemingly only something that exists for women. Walking through the hallways of a frat in which you may have hooked up with someone, you’re more likely to be greeted with catcalls than high fives, and the promenade home opens you up to a bevy of evil eye glances and calls of the word “slut.”

Men have a completely different experience. Maybe it’s because their going-out clothes transition better from night to day, but either way, the difference is stark. We all do it, want to do it and if we haven’t we most likely will eventually, so the idea that people are shamed in a place where people wear ass-bearing shorts more often than coats or sweaters is inane and harmful.

In one of the best and perhaps most upsetting examples of being shamed for something entirely natural, a friend of mine was overheard getting nasty at midnight on a Sunday in her single and told by her roommate that it “hurt her soul” to hear her (she had also assumed the people in question were being loud purposely, knowing she was outside). My friend was rightly confused as to why it was assumed she was being blatantly exhibitionist without at least a clarification first; but more troublingly, why did the knowledge that sex was happening near her hurt her soul? I’d be happy for whoever was getting it, but that’s just me. At the very least, I’d suggest putting in a pair of headphones and continuing on with your life. The idea that someone could be judged in the middle of an intimate act is something, that if I had the time and money to complete a second degree at UCSB, I most definitely would devote a thesis to studying.

It’s one thing to be on a dance floor somewhere or outside in plain sight. But what I mean specifically is when you’re in your room…

All of this can culminate in a denial that seems to shock most of us when we see somebody getting it, giving it or what have you. It’s one thing to be on a dance floor somewhere or outside in plain sight. But what I mean specifically is when you’re in your room (mine is a single so it happens more rarely) or in a private place you wouldn’t expect someone to walk in unannounced. This can be jarring for all parties involved. For example, imagine my surprise when during one of the activities in question, I heard a loud knock on my bedroom door. I was home alone at the time except for the guy with me of course, so I was thoroughly confused.

It was one of the situations where the most confident version of myself would’ve walked up to the door bare-ass naked and told the intruder to leave, but instead I said nobody was home (which clearly wasn’t true), giggled and went back to what I was doing.

This situation really arose from a lack of boundaries because it turned out that a friend of my housemate’s wanted to know if she was home and apparently wasn’t deterred by the sounds coming from my room. It was one of the situations where the most confident version of myself would’ve walked up to the door bare-ass naked and told the intruder to leave, but instead I said nobody was home (which clearly wasn’t true), giggled and went back to what I was doing. In a situation where your privacy has been violated, as is the case much of the time, I think it’s fair to have a little fun and make sure the party that’s really guilty gets at least as embarrassed as you did.

I guess the last thing that must be discussed is what to do when you catch someone in the act. If I didn’t really know the person, I’d apologize and make a hasty exit. If it were a friend, I’d do the same, and then high five them and ask for details later. But I suppose the best advice I have is never judge because it will almost inevitably happen to you, just based on the number of times you’re likely to have sex during your lifetime. Not only this, but remember to always, always knock.

Sebastianne Kent can’t imagine a scenario where you shouldn’t knock, just to make sure.

Amen to this. Once got told by a roommate that if I had someone over to my empty room while she was next door, she would be too uncomfortable. My most confident self would have responded with “sounds like a personal problem.”