The Daily Nexus
Water Polo
UCSB Looks To Capture Top Seed In Big West
April 21, 2016 at 5:09 am by Sinead Leon

Since the start of the season back in January, Head Coach Serela Kay has talked about “trusting the process” throughout the year and letting it build a solid basis on which her team could rely on. With one game left in the regular season and now just a week away from the Big West Tournament, the pieces seem to be coming all together for the No. 9 UCSB women’s water polo team.

It has been a great couple of games for the Gauchos, defeating some of the toughest opponents in the conference, such as defending conference champion and formerly No. 4 Hawaii, who was undefeated in conference play at the time, and then No. 9 UC Davis. The two make up Santa Barbara’s first victories in the season against top 10 nationally ranked opponents. 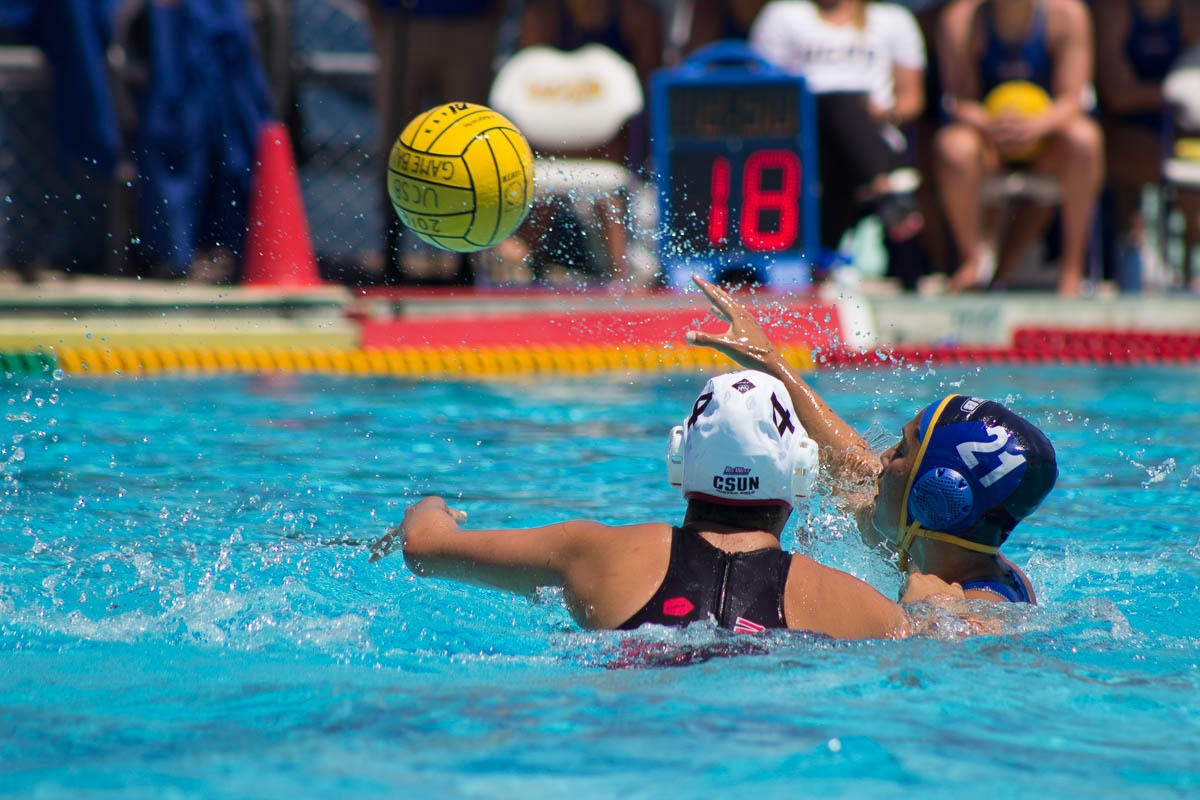 The Gauchos are coming into the last week of the regular season with a 15-11 overall record and an impressive 3-1 record in the Big West conference.

After defeating No. 24 Cal State Northridge last Saturday, UCSB extended its winning streak to three games and is hoping to make it four after this upcoming Saturday. However, it will not be an easy task for the Gauchos, who will be facing No. 17 Long Beach State.

For the first time in program history, the 49ers currently gloat an undefeated conference record. With a 16-9 overall and 3-0 record in the Big West, the Beach currently sits at the top of the conference rankings and is hoping to remain right where it’s at in order to claim its first Big West regular season title in the program’s eight years of conference participation.

Although the Gauchos are one game behind the 49ers, the regular season title could go to either team at this point. Long Beach will have to win both games if it wants to complete an outright claim of the Big West title.

With such high stakes on the line, the game will really come down to who wants to win the most and who is going to take everything that has been learned throughout the season and apply it in crunch time.

One factor that can come into play for the 49ers is their home advantage. Long Beach currently holds a 6-1 home record — its only loss was about a month ago in a narrow 8-7 battle against San Diego State.

The rowdiness of the Long Beach State fans is, however, the least of UCSB’s worries. The real challenge will be trying to contain its opponent’s offense, as LBSU has consistently put up 9.84 goals per game and only allows an average of 6.80 goals per game.

Leading for the 49ers is the Canadian sophomore Virginia Smith with 41 goals this season. Right behind her are freshman Tori Morrissey and sophomore Alexandra Massier with a total of 34 and 33 goals, respectively.

Aside from the three players previously mentioned, the 49ers’ roster consists of another four international players, which means they have great experience competing at high national levels — always a favorable quality to have in a team.

As for the Gauchos, the team has been doing a superb job at communicating and feeding off of each other’s play. A key catalyst has been senior center Lauren Martin throughout the season, especially in the last few weeks.

Martin was named Big West player of the week for her outstanding contribution to the team’s back-to-back victories over Hawaii and Davis two weekends ago. The Fresno native scored a couple of goals in the 7-6 victory over Davis, including a clutch goal in sudden death overtime to give the Gauchos the win. And against the ‘Bows, it was Martin’s goal who sparked a 3-0 run for Santa Barbara to win 7-5 along with two earned ejections.

The Gauchos will count on Martin to continue setting the pace for the offense this weekend and focus on working together to limit CSULB’s chances of scoring.

The season finale will take place at Long Beach State this Saturday, April 23 starting at 12 p.m.

A version of this article appeared on page 9 of April 21, 2016’s print edition of the Daily Nexus