The Daily Nexus
Track and Field
Record-Breaking Performances For Gauchos
April 18, 2016 at 5:03 am by Duncan MacPhee

On a weekend where the Gauchos’ track and field team was scattered at three different locations, grad student Tori Tsolis came through with a record-breaking performance in the women’s 1500m at the Mt. Sac College Invite. 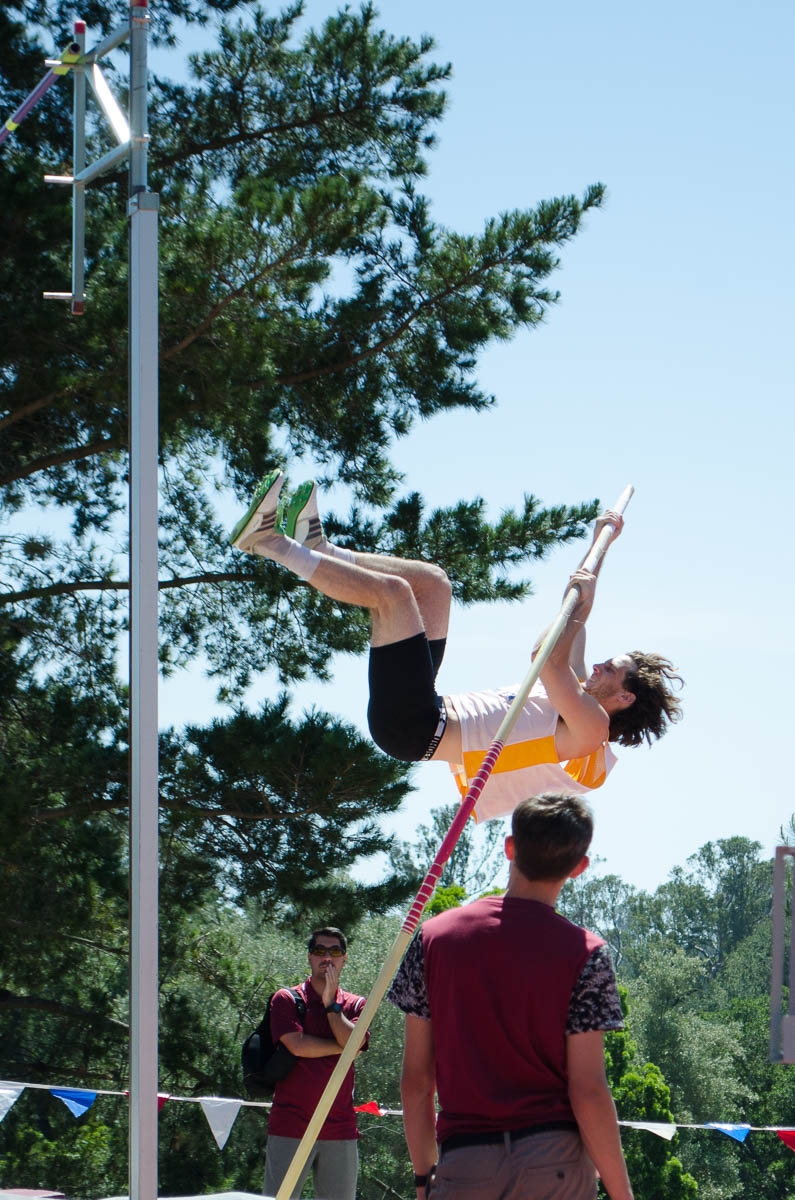 On Friday night, Tsolis beat her previous personal best by an impressive two seconds. She became the first Gaucho woman to break the 4:20 mark with a time of 4:19.02.

“She’s the first girl ever to do that, and that sets her up pretty well for the postseason… regionals and [everything] like that,” Assistant Coach Peter Van Beurden said.

Tsolis was not the only Gaucho woman who ran a terrific 1500 this past weekend. Another athlete on the women’s squad, sophomore Jenna Hinkle, had a four second PR at the Bryan Clay Invite with a time of 4:25.31.

“She’s having a pretty huge season so far… She’s had a huge turnaround,” said Van Beurden.

Hinkle started the year with a personal best mark of 4:46, and now has improved on that time by over 20 seconds to place her at #6 on the UCSB All-Time List and #3 in the Big West

UCSB also had three new personal records and a season best on the men’s side in the 1500.

“I guess the theme of the weekend was a lot of good 1500 performances,” said Van Beurden.

Senior Shyan Vaziri, the star miler on the men’s team, had a season best time of 3:42.50. This mark was good enough for fourth in a stacked field at Mt. Sac.

Vaziri’s teammate, junior George Baier, ran a 3:45.56 to win his heat at the Bryan Clay Invite. This mark was a full three-second improvement on his previous PR, moving him up to #4 on the UCSB All-Time List and #2 in the Big West.

Also at the Bryan Clay Invite, senior Tommy Poston took the #7 spot on the All-Time List with a new PR of 3:46.99. This time put him at third place behind Baier in the same heat.

“That gets him pretty close to making regionals too,” Van Beurden said.

While the distance runners were competing at Mt. Sac and Bryan Clay, most of the rest of the team was at the Beach Pacific Coast Invite at the new facilities at Long Beach State.

Freshman Joshua Rennick took third in two jumping events at Long Beach, leaping over a 1.90m bar in the high jump and jumping out to a distance of 13.97m in the triple jump.

Sophomore Jeremy Franklin moved himself into the #7 spot on the UCSB All-Time List in the hammer throw with a toss of 194’0”, a 17 feet improvement over his previous PR.

Also in the hammer throw on the women’s side, Kayla O’Brine broke into the All-Time List as well with a new personal best throw of 175’9,” good enough for the #5 spot.

Freshman Sierra Emrick cleared a 13’0.25” bar in the pole vault to move herself up near the top of the UCSB All-Time List and the Big West rankings.

“She’s [just] the second Gaucho to ever clear 13 (feet), so that’s pretty exciting… [And] that put’s her [at] number three going into conference,” Van Beurden said.

Overall it was a strong performance across the board for the Gauchos this past weekend.

“We had some pretty good performances in all three meets,” Van Beurden said.

UCSB will be back in action next at UCSD starting this Friday in the Triton Invitational.