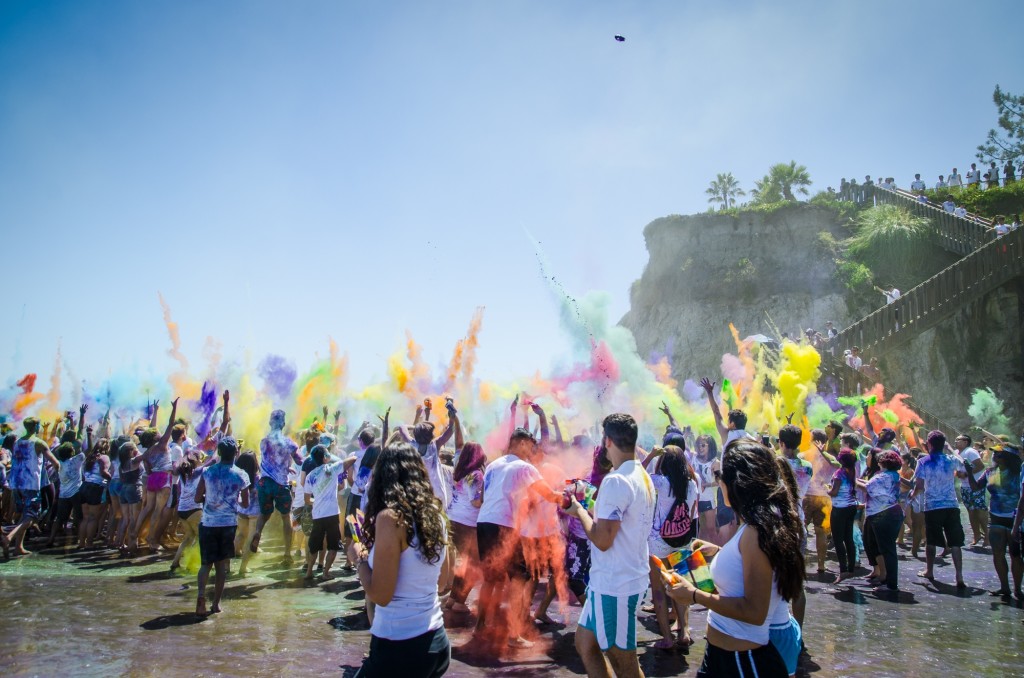 Over 1,200 students and Isla Vista residents gathered at the beach by the Anacapa and Santa Cruz dorms on Sunday to celebrate Holi, the Indian festival of colors.

Traditionally, Holi is a springtime festival of love and colors in India with origins in Hindu religion and mythology. The festivities, organized by UCSB Indus, began at 1 p.m., with hordes of people spread out over the sand dressed in blindingly white clothes.

Although the event was initially civilized, groups of friends went from shyly throwing handfuls of powder at each other to smearing color across everyone in their wake while singing along to Bollywood songs like “Lungi Dance” and “Sheela ki Jawaani.”

DJ VP, UCLA student Vinit Parikh, created an energetic mix of Bollywood, Bhangra and hip hop music, and by the time the event ended at 4 p.m., both the beach and the attendees were dripping all the colors of the rainbow. 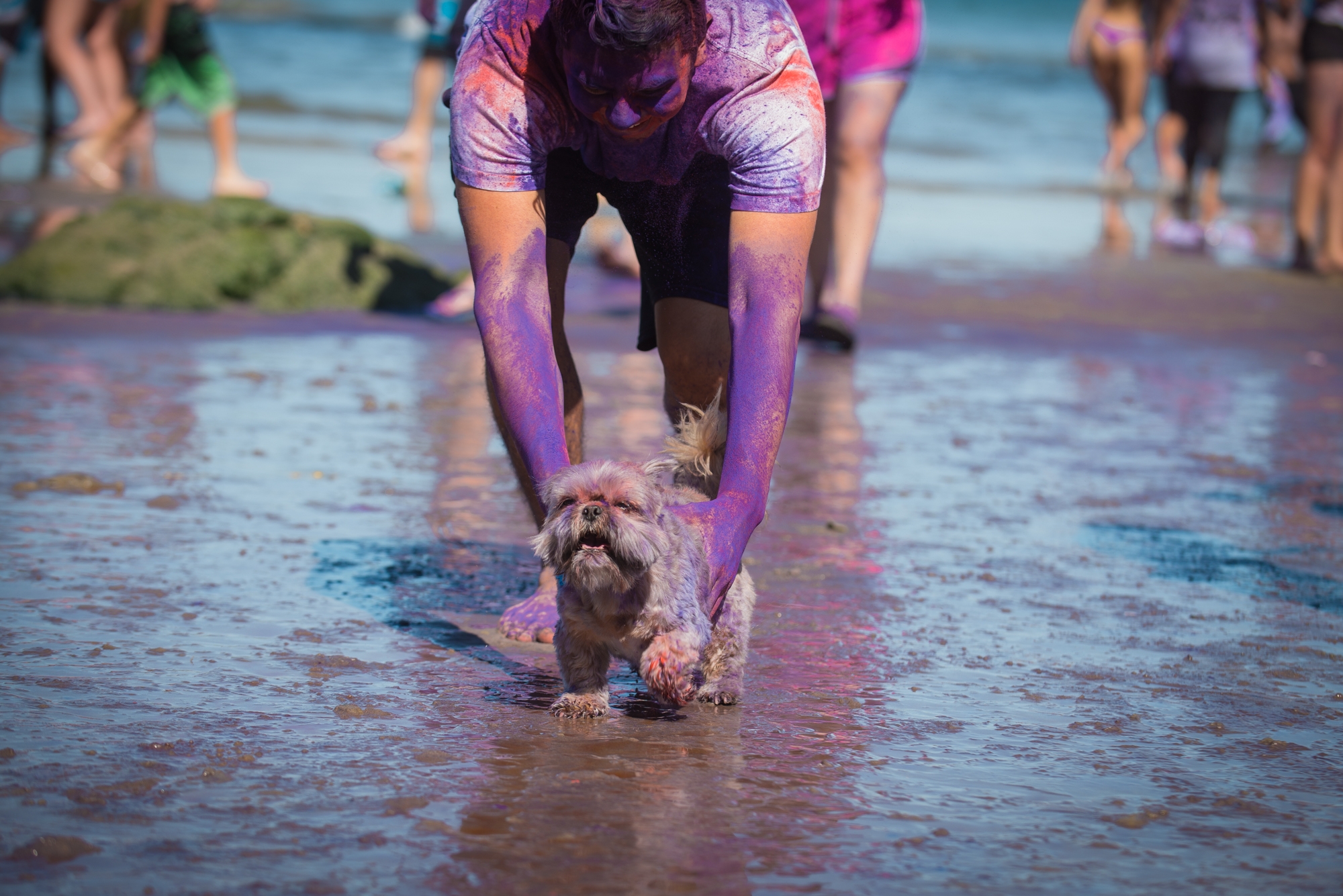 For most attendees, Sunday was not a first foray into the colorful explosion. Indian and Pakistani students make up three percent of the university’s population for the 2015-2016 school year, according to the Office of Budget and Planning, and the Holi event allowed these students to rekindle pride in their culture at UCSB.

“A lot of Indian culture is parties and fun stuff. The culture and religion are tied together, but you can enjoy it without being religious,” said Shagun Agrawal, first-year biology and linguistics double major. “[Holi] really showed Indian culture in a positive light.”

“This is who I am, this is where I come from, so why not celebrate it?” – Sashank Sreedar

UCSB Indus’ event also piqued the interest of many students who wanted to understand the cultural significance of the festival; some students had never heard of Holi before. This provided a prime opportunity for students to learn more about the Indian community from their peers and take part in Indian culture.

First-year pre-psychology major Sashank Sreedar said participating in Holi made him want to learn more about his culture.

“It was a good way to reunite the Indian community while showcasing what we do as a collective culture to other ethnicities,” Sreedar said. “This is who I am, this is where I come from, so why not celebrate it?” 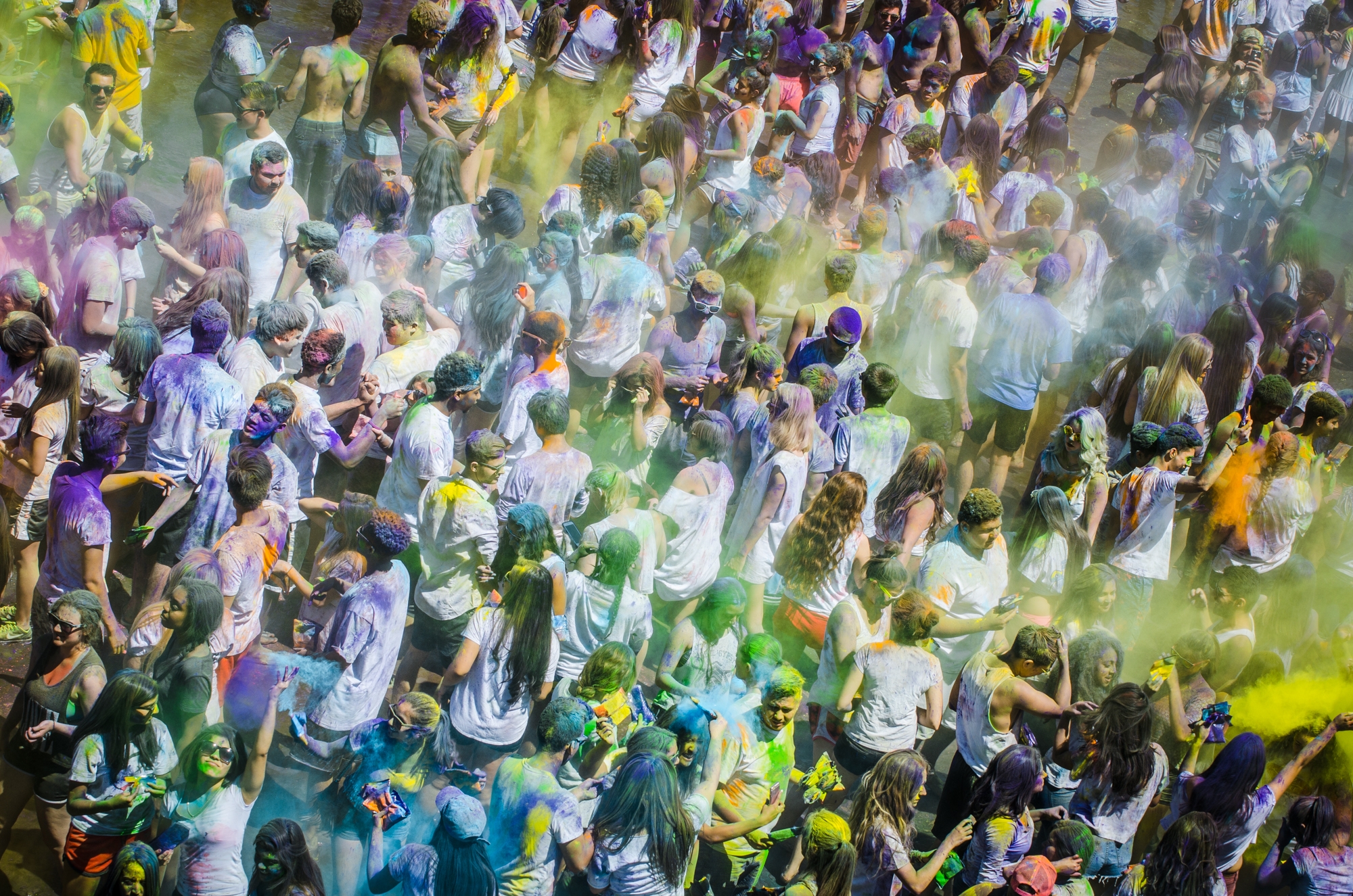 Shortly before the start of Holi, Andrew Freedman, first-year actuarial science major, attended an informational meeting explaining the history of the festival. He said Holi “exceeded his expectations” by giving him “a taste of a culture different from [his] own.”

In one telling of Holi’s origin story, Krishna, one of the divine incarnations of the god Vishnu, was insecure about his fair-skinned love, Radha, not loving him due to his dark complexion. His mother, tired of his whining, told him to ask her to color his face however she fancied, which she playfully did — birthing the custom of playfully painting each other with colored powders and dyes.

Holi 2016 brought members of the Isla Vista community from many different cultures and backgrounds together. The event let them experience the festival in a way that connected with the fun-loving UCSB culture while staying true to the spirit of Holi.