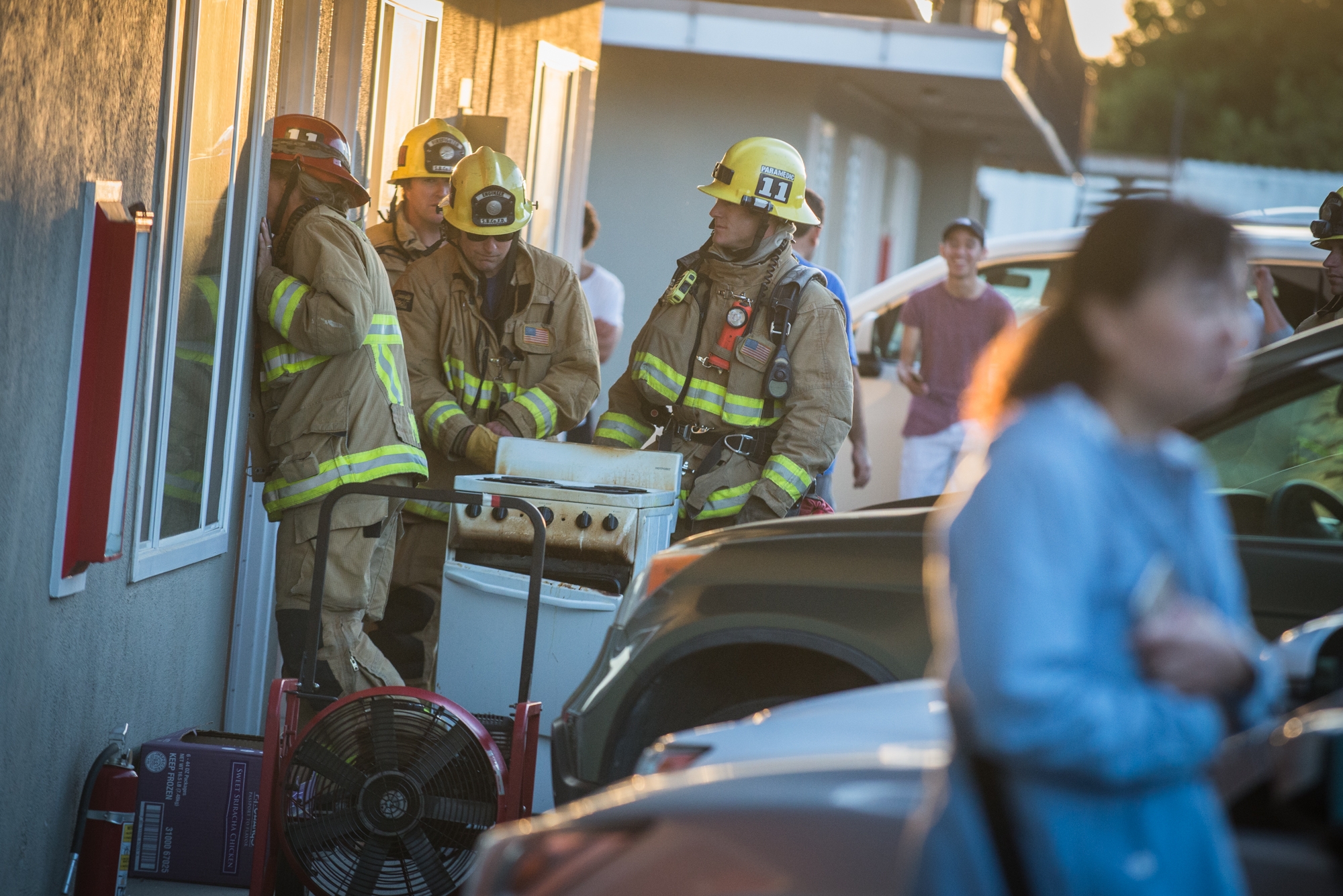 Firefighters found that a cutting board left inside of a cooking oven had caused smoke and fire in a Camino Del Sur apartment. Lorenzo Basilio / Daily Nexus

Firefighters responded around 7 p.m. to reports of a possible structure fire in an apartment at 785 Camino Del Sur in Isla Vista.

Inside a first-floor apartment, Santa Barbara County firefighters found that a cutting board had been left inside a cooking oven, producing smoke that drifted out of the building.

The firefighters unplugged the electric oven and brought it outside the building as a fan blew smoke out of the way.

A next door neighbor called 911 after smelling smoke, a firefighter on the scene said. Two fire engines, a firetruck, a rescue ambulance and a battalion chief initially responded to the fire.

The firefighter on the scene said the area was safe and that the fire had been contained to the oven.

Residents evacuated some rooms adjacent to the apartment, but by 7:30 p.m. several people were re-entering their homes. No injuries were reported.