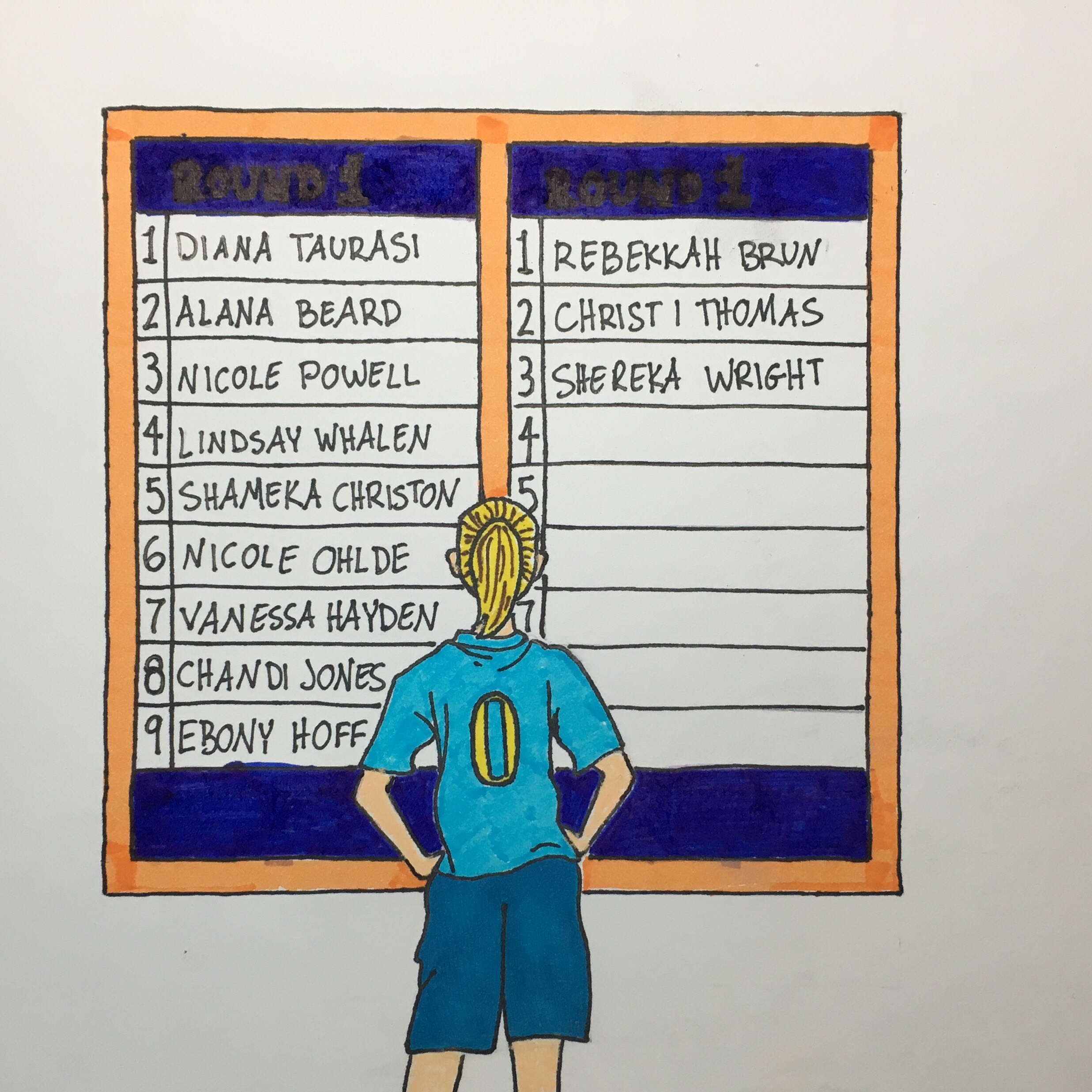 From a universal standpoint, it’s inevitable that the game of basketball has evolved, what with kids as young as five playing AAU basketball and putting in the time to hone and craft their skills in hopes of reaching the collegiate and professional levels.

Helping make the childhood dreams of woman basketball players a reality retraces back to the year 1892, during which gymnastics instructor Senda Berenson Abbott embraced and adjusted the men’s basketball rules created by basketball’s founding father James Naismith to fit the women’s game, introducing them at Smith College.

Since then the game of women’s basketball has continued to blossom, achieving its most profound milestone on April 24, 1996 when the NBA Board of Governors approved the idea of the Women’s National Basketball Association (WNBA).

With the 2016 WNBA Draft set to take place tonight at 7 p.m. ET and the regular season to tip-off on May 14, marking the league’s 20th anniversary, it is time we all appreciate a league that has been somewhat of an outcast despite its improvements both on and off the court.

Although the league is made up of just 12 teams, the WNBA is home to an array of star players that are helping the league expand its platform.

Players such as reigning WNBA MVP Elena Delle Donne, reigning Defensive Player of the Year Brittney Griner, Maya Moore, Diana Taurasi —who is set to return after taking a year off to play overseas — and a plethora of other players have instilled a level of talent that have heightened the game of women’s basketball.

Proof of the game’s improvement was exemplified at the game’s highest stage of the 2015 WNBA Finals in which the series between the Minnesota Lynx and Indiana Fever went to a five-game series for the first time since 2009.

Moreover, Minnesota became the fourth franchise in WNBA history to win at least three titles, each of which have been won during the tenure of Moore, who has three rings in just five years of being in the league.

Say what you want, but winning a championship — regardless of gender — is difficult in any sport.

Coveted within the world of sports is the label of a franchise becoming a “dynasty.” A term commonly associated with teams such as the New England Patriots, Chicago Blackhawks and potentially the Golden State Warriors in the future, it’s a sign of elite status that hasn’t been of much usage in confirming the historic moments throughout WNBA history.

However, helping bring that elite prominence to women’s basketball has been the dominance of Head Coach Geno Auriemma and the Connecticut Huskies.

The ceiling of the WNBA can only ascend as tonight’s draft welcomes new talent that will entail a substantial presence of players hailing from a university that has produced the most No. 1 overall picks in WNBA history at four (the last being Moore in 2011) and the most players on active rosters at 14: UCONN.

Set to grace the stage in the first round — possibly in historic fashion —as the top three picks in tonight’s draft are the consensus No. 1 overall pick: forward Breanna Stewart, guard Moriah Jefferson and forward Morgan Tuck.

Each were a part of the Huskies’ 2015-16 team that recently won its 11th national championship in program history.

At the helm of UCONN’s women’s basketball program for 31 years and boasting an 11-0 record in national championship matchups, Auriemma and his team have recently caught a lot of flak for making the game “unentertaining” and “unfair.”

What was once admiration seems to have become boredom, but isn’t winning and being the best a priority in sports? Certainly the comradery and relationships formed on the team are of importance as well, but how can anyone be truly mad at a coach and a program that has mastered the art of winning and only enhanced the game of women’s basketball?

As sports fans, we constantly support and glorify the three-peat championships of Michael Jordan, Kobe Bryant, and the powerhouse collegiate programs within college sports. Let’s be honest — how many of you prior to reading this article knew that the Houston Comets, no longer an official team of the WNBA since 2008, won the league’s first four championships?

Nonetheless, what would be the problem if Delle Donne’s suggestion of lowering the rims received approval? While all ideas and reforms can’t be accepted, maybe take the NFL route and perform a trial run for a season but don’t just rule it out like many have.

It’s this divide within men’s and women’s sports that has led us to undermine the history that has taken place within women’s basketball, especially the WNBA.

Forming an appreciation for the WNBA is no sudden process, but it is definitely a possible one that has given us an opportunity beginning with tonight’s draft through an October finish.

A version of this article appeared on page 19 of April 14, 2016’s print edition of the Daily Nexus.