A week after knocking off now No. 7 Pepperdine and No. 5 Stanford by a score of 3-1 each to finish the regular season, the No. 6 UCSB men’s volleyball team will travel north for a rematch with the Cardinal in the first round of the MPSF playoffs.

The Gauchos are riding high ahead of the match, carrying a five-game win streak into the postseason following their strong finish to league play. UCSB finished the regular season 19-9 overall, 14-8 in the MPSF for fifth in the conference standings. 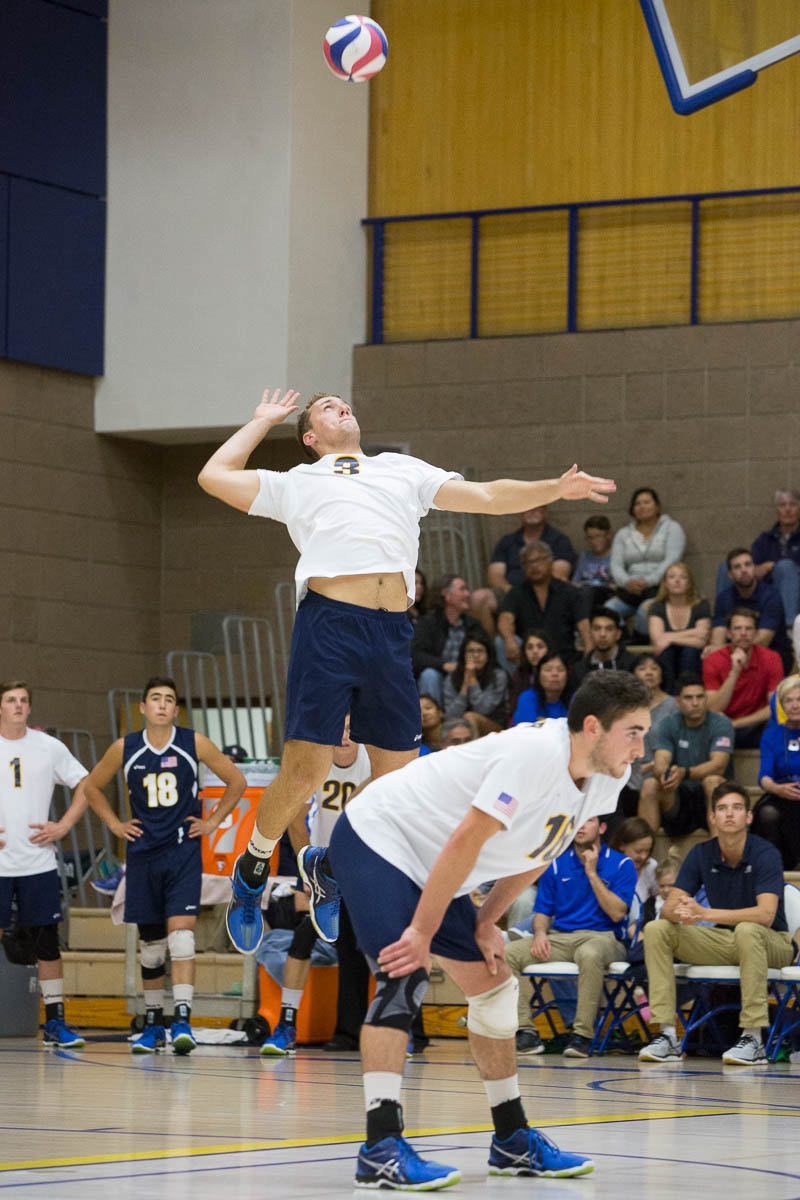 Nonetheless, Stanford put together an impressive season as well, losing just three matches all year before losing its last two against UCLA and the Gauchos last week, resulting in the Cardinal drop from first place in the conference to fourth. Still, Stanford managed to finish with a 19-5 overall and 17-5 MPSF record.

In its meeting last weekend versus the Cardinal, UCSB outhit Stanford .360 to .299 thanks to what was arguably senior Jonah Seif’s best performances of the season. The setter recorded his sixth double-double of the year with 47 assists and 10 digs and was all over the court in the four-set victory.

“Jonah’s been phenomenal the past couple months,” junior libero Parker Boehle said of his teammate. “He’s always the one to let us know that we’re fine no matter how bad the situation, and we can always look to him to come up big.”

Seif also outshined Stanford’s setter James Shaw in last Saturday’s clash, who was honored as the National Player of the Week ahead of the last week of league play. Shaw tallied 31 assists before tweaking his ankle on a block in the fourth set, ending his night.

The Gauchos will be a man stronger going into their postseason rematch with redshirt junior outside hitter Jacob Delson returning from an ankle injury of his own.

As Santa Barbara’s leading hitter, averaging 3.29 kills/set, Delson was back on the bench on Saturday, but Head Coach Rick McLaughlin decided not to risk playing the outside hitter with their first round match in mind.

In Delson’s absence, sophomore Hayden Boehle was called upon to fill the void left by Delson’s injury, putting on his best performance of the year at outside hitter after splitting playing time with his brother Parker at libero for most of the season. Against Stanford, Hayden recorded his first double-double of the season with a career-high 12 kills on .526 hitting to go with 10 digs.

“It helps knowing that guys like my brother Hayden can step up,” Parker Boehle said. “It makes us even more confident that we have a guy [Delson], who’s been a key player for so long that’s ready to contribute.”

When the teams met at Stanford earlier in the year, the Cardinal sent the Gauchos home in straight sets. Starting with a home loss to Long Beach State, Santa Barbara went 3-7 in its next 10 league games, including the loss to the Cardinal, but UCSB has improved much since then.

“That loss was one of our worst games, but we’ve put it in the past and last week [against Stanford] we were able to show that we’re a new team,” Boehle said. “We put that game behind us. Later in the season, we’ve had this new mentality where we’re taking every practice, every game a lot differently than we have in the past.”

The changes have shown, and since their mid-season skid the Gauchos have gone undefeated as they tune up for the postseason, the biggest win of which was the final match of the season against then No. 3 Stanford.

The match between fourth-seed Stanford and fifth-seed UCSB will take place Saturday, April 16 at Maples Pavilion in Stanford, at 7 p.m. A live stream of the first round meeting is available at pac-12.com/live/stanford-university.

With a win, the Gauchos will face the winner of eighth-seed UC Irvine v. first-seed and national No. 1 BYU in the MPSF semifinals.

A version of this article appeared on page 18 of April 14, 2016’s print edition of the Daily Nexus.