The Daily Nexus
Music
Grouplove Warms it Up at Deltopia Show
April 7, 2016 at 5:01 am by Tracy Smith 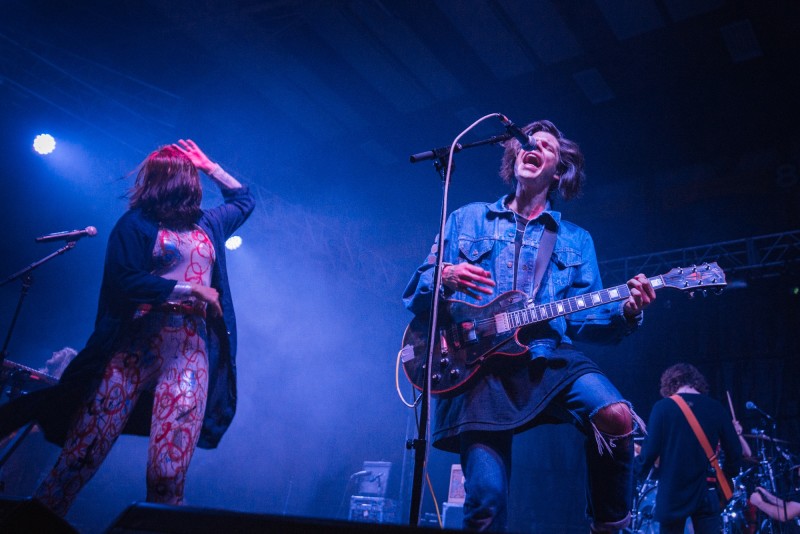 The day was warm, and the night was even more flushed as students from all over campus and I.V. flooded the Thunderdome Saturday night to witness a performance from the dauntless band Grouplove. The spacious events center transformed into a large venue, providing both standing room and seating accommodations, yet most of the crowd were without a doubt drawn to the stage. Despite doors opening at 8:00 p.m., nearly two hours went by before the opening act, Tor Miller, took the stage. In most cases this would call for an uproar of anger from the crowd, but there were no hints of angst threatening to taint the atmosphere. Whether it was the feeling of being surrounded by peers who understood or the number of impaired people in the crowd, the night was too mystic to let impatience get in the way. 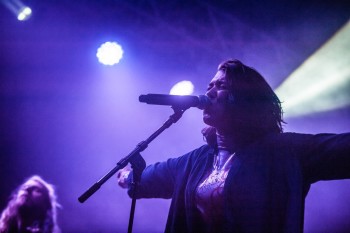 Just as the crowd seemed to be losing an ounce of hope, Tor Miller and band took the stage and set the tone for a night that would send everyone present through a spiral of emotions. He may have been a New York native, but the students at UCSB welcomed him with open arms. Although most people were not aware of who he was, he was captivating enough to keep their attention. His stage presence — along with the band members that surrounded him — allowed him to do so. Much to the crowd’s dismay, a portion of his set was a bit on the slower side, yet it enhanced the vitality of songs to follow when the songs did pick up the pace.

Tor Miller was particularly enjoyable because of his ability to shift between various styles of sound. It is evident in his performance alone that he takes the risk of toying around with various genres instead of finding one that works and sticking with it. Every soulful, alluring song aided to the feeling of wanting to stay inside that room just a little longer. 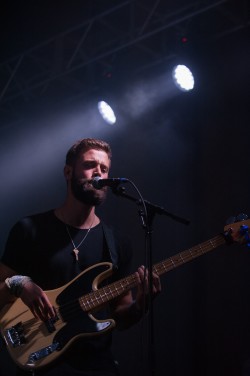 After what seemed to have been ages, Grouplove entered the stage with the upmost avidity. The room erupted in the weight of a thousand lights intensifying with every scream. It was apparent that the band was happy to be there, and the crowd only reciprocated the feeling. The connection between the band and the crowd was dynamic, and the rapport among the students alone was fascinating. The sublime unison could only be explained through the music that played in the background, and while getting lost in the moment, the realization came that this performance was something that only UCSB students had experienced. Rather than just simply seeing Grouplove do what they do best and calling it a night to remember, it became a night to remember because we were able to experience together.

Grouplove’s energy, along with their artistry, is unequivocal. There is no questioning the fact that they brought a much needed revival to the campus after a long break. It was an extravagant night that one just had to be there to experience, especially with the performance of their hit single, “Tongue Tied.” Every bit of apprehension evaporated the further they went down the set list, and it would be an understatement to say that the school will miss them.