The Daily Nexus
Track and Field
Gauchos Put Forth Strong Showing at Invite, Multi-Events, and Distance Carnival
April 4, 2016 at 5:02 am by Duncan MacPhee

It was a big weekend for UCSB track and field, as most of the team headed south to Los Angeles for the Bruin Legends Invite and Distance Carnival at Drake Stadium at UCLA. Heptathletes and decathletes stayed behind in Santa Barbara to compete in the Sam Adams Multi-Events at Westmont Colleges. 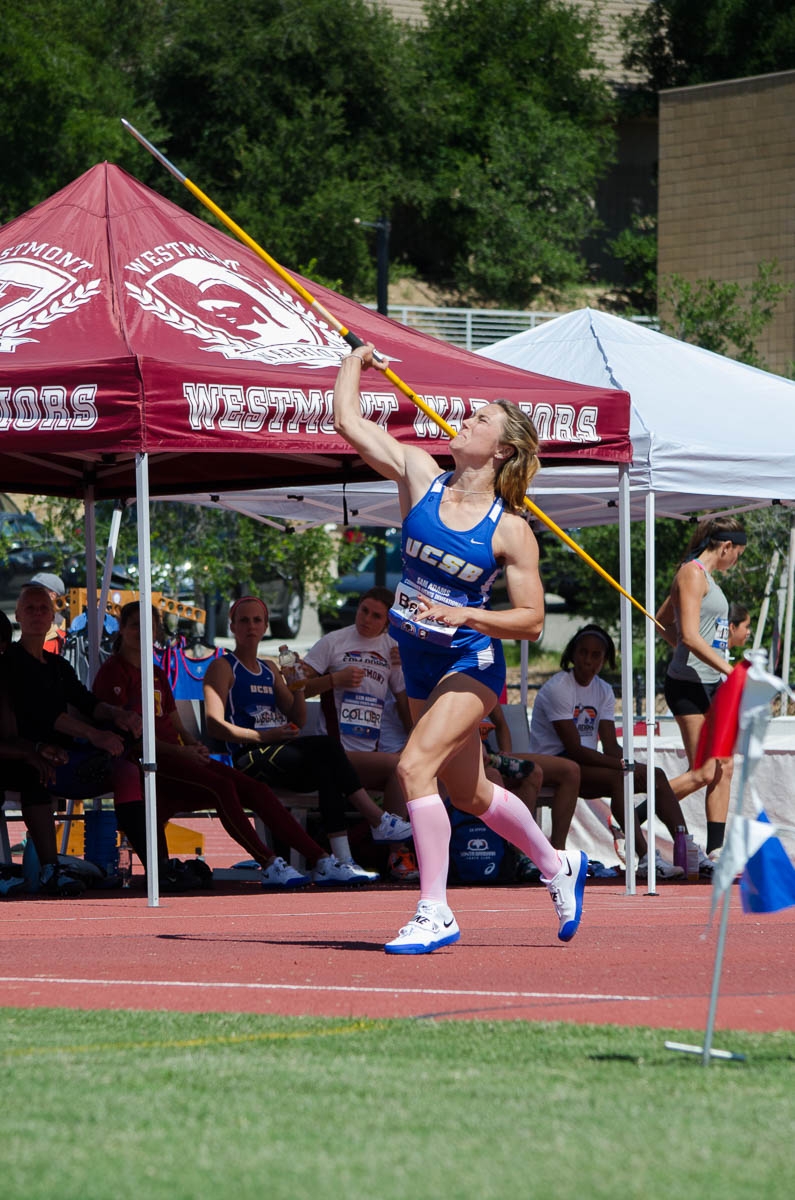 At UCLA, both the Gaucho men and women finished the competition in sixth place with point totals of 48 and 38 respectively.

On the men’s side, senior distance runner Shyan Vaziri continued his run of dominance this season as he ran a couple outstanding races in the 800m and the mile. Vaziri’s run of 1:49.48 in the 800m was good enough for second place in the event.

He then took his talents to the mile for the first time this season, flying by the competition to win the event by over three seconds. Vaziri missed a sub four-minute time by just a hundreth of a second, posting 4:00.01.

Another senior distance runner, Anthony Ortolan, also had a stellar day. Ortolan put up a 14:06.45 time in the 5000m race, good enough for second place against some very stiff competition.

Young Gauchos were also showcased in the triple jump, where a pair of freshman placed third and fourth. Joshua Rennick took third with a jump of 13.54m, and Brian Yeager followed right behind with a leap of 13.42m.

Also jumping this weekend on the men’s side was sophomore Andrei Kasten for the Gauchos, who leapt 6.61m in the long jump to earn himself sixth place.

For the women in the field, the Gauchos were lead by top athletes Jessica Emde and Sierra Emrick.

Emde, the veteran of the two, is a senior high jumper who has been consistently great all season. She took second place at UCLA with a jump of 1.78m.

On the other hand, budding young star Sierra Emrick is just a freshman, a pole vaulter with tons of potential. She was able to bring home a second place finish of her own with a 3.96m vault at UCLA.

Not to be forgotten on the women’s side are two great runners in the distance carnival, both second place finishes.

First, senior Tori Tsolis ran a 4:21.38 in the 1500m race. Although she finished second overall, it should be noted that her time was best among university athletes entered.

Junior Maxine Goyette also came out on top of all the university-affiliated competition in her event, the 3000m steeplechase. She finished with a second place time of 10:29.85.

Meanwhile at Westmont, Decathlete Tyler Nelson finished with the third best score in UCSB history.  The sophomore ended the final day with 7097 points, the best performance of his career.

Freshman Wyatt Thompson-Siporen also had a fantastic decathlon, posting a 6589 score for the seventh spot on the UCSB All-Time List.

The Gauchos also performed well in the heptathlon, with freshman Hope Bender leading the way with a 4909-point display to move herself to the No. 4 spot on the All-Time List.

Following close behind was junior Tori Usgaard, who finished with a score of 4865 in her first completed heptathlon since the Big West Championships in 2014.

The Gauchos will be in action next at the Big West Challenge Cup this Friday at Cal State Fullerton.