A week after knocking off CSU Northridge, the No. 7 UCSB men’s volleyball team will be looking to extend its winning streak with a pair of home games against No. 8 Hawaii this weekend. The two clashes will be the Gauchos’ fourth straight conference games against top-10 opponents. 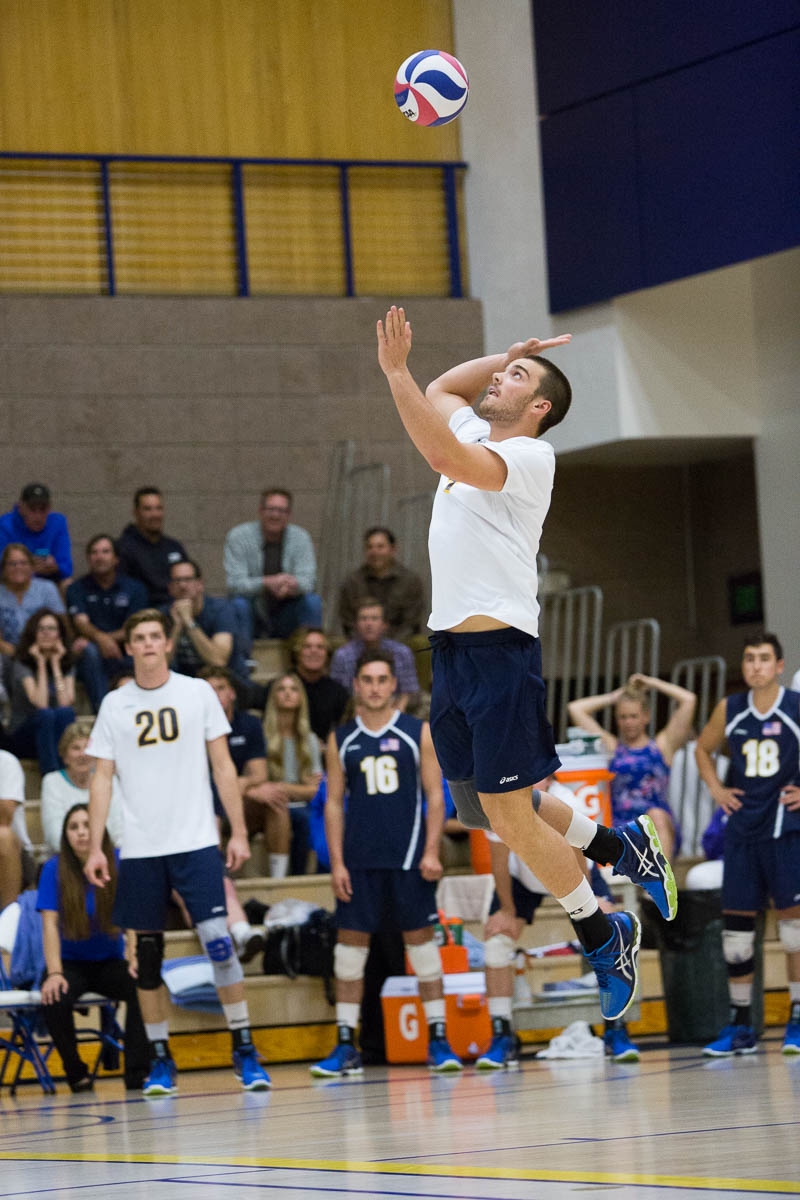 With just two weeks left in the regular season, Santa Barbara sits at 10-8 MPSF, 15-9 overall and fifth in the conference. Hawaii trails the Gauchos by a game in the standings at 9-9 MPSF, 14-9 overall and could pass UCSB with a pair of wins.

The race for a Mountain Pacific regular season championship has been extremely tight at the top this year as Stanford, BYU and UCLA are tied at 15-3.

Long Beach is only a game behind the trio. The four teams also occupy four of the spots in the top-5 of the AVCA DI-II Coaches Poll national rankings.

“The conference is similar in strength but there is definitely more disparity between the top teams and the rest of the league,” senior setter Jonah Seif said. “I can’t remember when the top four teams had as few as they do this year.”

Seif, who is nearing the end of his fourth season as the UCSB’s starting setter, has been as consistent as years past, averaging a team-high 10.26 assists per set as well as 1.66 digs per frame, second on the squad.

Both teams have already clinched their spot in the conference playoffs and will both be looking to build up some momentum before the postseason. The Gauchos are also trying to build on the Northridge win following three straight losses in MPSF play.

“With the last couple weeks of the season, we’re hoping to gain some momentum for playoffs and continue improving as a group,” Seif said. “We had a drop in intensity and performance the last few weeks so we’re trying to get back to working our opponents.”

Last season, Hawaii won both of the team’s meetings 3-1, but the Gauchos are confident of their chances this week against the Warriors.

“We know [Hawaii] are a good team that can put a lot of pressure on other teams with their serving,” Seif said. “We always feel more confident playing at home and our goal this week is definitely to get two wins, though.”

Seif and company have been rock solid at Rob Gym so far this year, boasting a 9-2 home record with only two losses coming against Long Beach State and UCLA.

The senior setter, one of four seniors graduating, will get to play the last four games of the regular season in their own gym starting Friday versus the Warriors.

The home stand will be the Gauchos longest of the season, and they hope to climb in the standings as well as prepare for the postseason.

“I think all the seniors would agree that our goal is to make one last run at a championship,” Seif said. “We’re trying to give everything we have to make a deep run.”

The senior class, made up of Seif, outside hitters Austin Kingi, Spencer Buckley and middle blocker Ryan Hardy, want to lead their team to a possible title as a great tribute to end their respectable collegiate careers.

“We don’t want to look back and be disappointed by our efforts,” Seif added. “And hopefully our experience can help the team in playoffs.”

Their road continues Friday against Hawaii in Robertson Gym at 7 p.m. The teams will meet again the next evening at the same time.

A version of this article appeared on page 9 of April 1, 2016’s print edition of the Daily Nexus.