The UCSB men’s basketball team concluded its season Tuesday night falling to Old Dominion University in the Vegas 16 Tournament by a final score of 64-49.

Seniors Michael Bryson, Sam Beeler, Mitch Brewe, T.J. Taylor, Dajuan Smith, and John Green all helped UCSB to end its season with an overall record of 19-14. The Monarchs, extending their record to 24-13, advanced to the tournament’s final round where it will face the Oakland Golden Grizzlies. 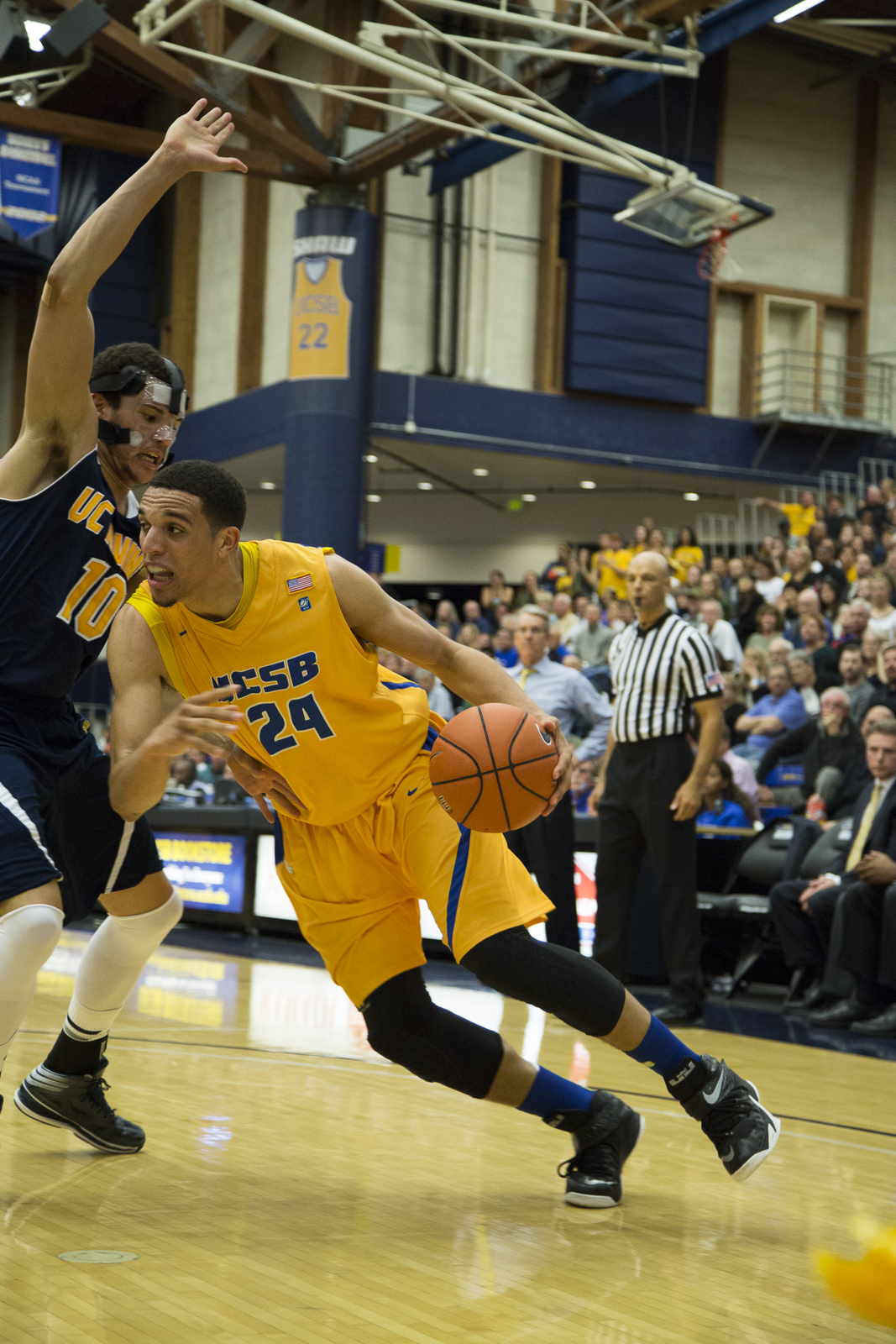 A low scoring match throughout the first half, the Gauchos used a 7-2 run in the final five minutes to erase Old Dominion’s seven-point lead.

Following a made basket by the Monarchs, junior Eric Childress found Michael Bryson, who then connected on a three-point jumper. Guard Gabe Vincent then closed the half on a three-pointer of his own tying the game up at 24 apiece.

Vincent and Bryson led UCSB at the break combining for 14 points. Senior Mitch Brewe also contributed scoring seven of his nine points in the first period in 10 minutes off the bench.

The Gauchos stormed out the gates in the second half as Vincent drove to the rim for a layup and Bryson hit a three to give UCSB its final lead of the game, 29-27, with 17:37 remaining. It was beyond this point in the game in which the Monarchs took control.

Assembling a 13-2 run, Old Dominion guard Aaaron Bacote scored 10 straight points to give his team a 39-31 edge with 12:58 to play. Averaging 17.8 points this month, the senior finished with a game-high 26 points in the Monarchs’ victory. Bacote scored 21 of his points in the second half, including a 3-6 performance from behind the three.

A three pointer from Vincent in the 10th minute helped cut Santa Barbara’s deficit into single digits at 37-46, but Bacote responded with a three-pointer of his own to put Old Dominion back up by a dozen.

Trey Freeman made an impact Tuesday night as well. The redshirt senior finished with a double-double, scoring 18 points and racking up 10 rebounds. This was Freeman’s ninth-straight game with 17 or more points.

The Monarchs outshot UCSB in the second half going 13-26 from the floor and outscored the Gauchos by a margin of 40-25. Turnovers were a deciding factor Tuesday as well as Old Dominion converted 19 points off Santa Barbara’s 14 turnovers.

Bryson led the way for Santa Barbara with 17 points. Named to this year’s All-Big West team, the senior passed Chris Devine for sixth place all-time in school history with 1,620 points. Bryson also finished among the top ten in blocked shots, free-throw percentage, and will end his collegiate career as UCSB’s all-time leader in three-pointers made with 241.

Despite a knee injury sidelining him in his final game Thursday night, redshirt senior John Green ends his collegiate career with an average of 10.8 points per game. Playing only 61 games, the Oakland native finished with 658 points, 270 rebounds, and 87 assists.

Sam Beeler finished with career highs in his final year. Starting all 33 games this season, Beeler tallied in 220 points and 153 rebounds. The forward, from Poway, also scored in double-figures seven times this year, including a 16-point performance Monday night against Northern Illinois.

T.J. Taylor, Dajuan Smith, and Mitch Brewe all served as dependable components to UCSB’s second unit averaging a combined 10.1 points off the bench. The trio recorded 329 points, 195 rebounds, and 94 assists on the year.

In spite of a bitter ending, the Gauchos won 10 of their last 13 games to close out the season, registering the second longest winning streak in team history with 9-straight wins.