The Daily Nexus
Sports
Gauchos Look to Continue Firing on All Cylinders
March 22, 2016 at 1:42 pm by Jorge Mercado

Coming off another weekend sweep of its opponent, the UCSB baseball team has caught fire winning its last six contests and will look to extend that streak to seven after today’s game against CSU Bakersfield. 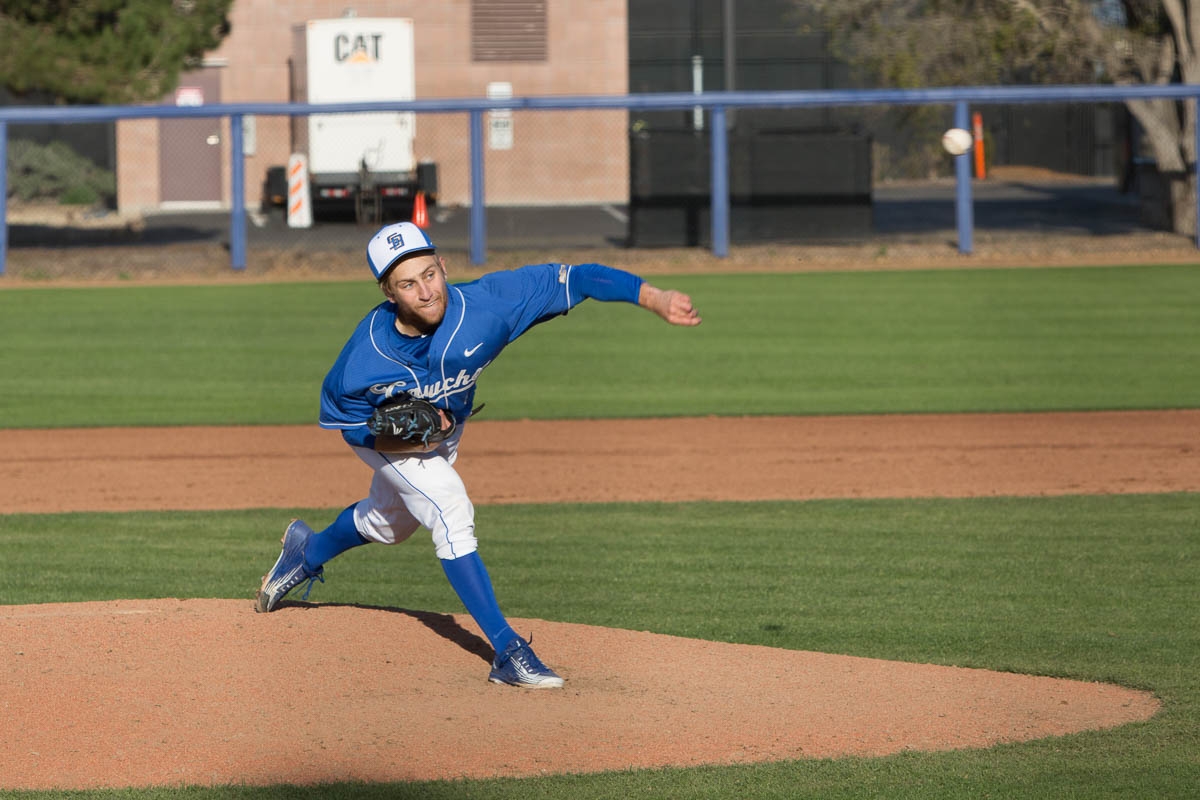 The Gauchos, having won seven of their last eight games, goes into the weekday match-up with an overall record of 15-3 and they have garnered serious national attention as of late.

Currently, UCSB is ranked 17th in the Collegiate Baseball Top 30 poll, 24th in the Baseball America Top 25, and 22 in the USA Today Coaches Poll. If it can have another solid week then it might be able to crack the NCAA Top 25 for the first time this season.

On the other side of the mound, the Roadrunners have struggled mightily up to this point in the season coming into this game with a 5-14 overall record, as well as losers of 12 of their last 13 games including four consecutive losses.

These two teams are no strangers as last season they split two games with each squad winning their home game. The all-time series record between these two teams is also split at 7-7.

While this game may look like an easy one on paper, it is important that UCSB does not overlook its opponents. Although it has struggled, CSUB still has the necessary pieces to make games interesting.

Leading the offensive charge is redshirt junior outfielder Dustin Frailey who leads the team in batting average (.454), in on-base percentage (.545), and slugging percentage (.667). He is also one of two players to hit a home run this season.

Helping Frailey lead the charge is David Metzgar. The junior currently leads the team in RBI with 17 while also batting a solid .329, good for third on the team.

Pitching wise, the Gauchos will most likely face junior Max Carter. The right hander has struggled this season having an 0-2 record while posting an 11.05 ERA. Carter has allowed nine runs in 7.1 innings pitched.

Unfortunately for Carter, if he wants to turn around his season he will have to do it against one of the hottest teams in college baseball right now.

The sophomore has had a great season thus far winning Tournament MVP honors in San Diego, named Big West POTW, and most recently hit a walk-off home run to give his team a victory. While Bush’s performance has been great he has also received tremendous help from a slew of players.

Pitching for the Gauchos on Tuesday will most likely be right-hander Shane Bieber. The junior has pitched 33 innings this season, most on the team, posting a solid 3.55 ERA and striking out 27 batters leading to his solid 3-1 record.

Bieber is hot coming into this game as in the last two games he has allowed only one run in 13 innings while also striking out 13 batters.

Overall, Santa Barbara is the clear favorite to win this game, however, it would be smart to not fall into a trap game. Although it has had an amazing start to the season, a loss to an inferior opponent could hurt all the positive attention it has garnered thus far.

The Gauchos also need to be sure to not be intimidated by an away crowd as this season they are 1-2 away from Caesar Uyesaka Stadium.

UCSB faces off against CSU Bakersfield today at 6 p.m. at Hardt Field.