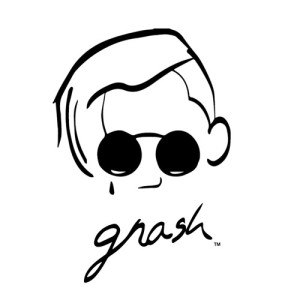 The one and only Gnash is bringing his tour to Santa Barbara with support from friends Goody Grace and Julius on March 9, 7 PM at Velvet Jones. Gnash as an artist is particularly unique because he is able to create his own genre with such subtlety that there is no room for comparison. Many have debated the idea, but he neither identifies as a singer nor rapper, nor solely a DJ, but just as an artist. Attempting to label his creativity would be difficult, so if, for whatever reason, necessity called for a label, it would simply be “Gnash.”

Gnash, along with Goody Grace and Julius, is a Los Angeles local, and he is certainly not a stranger to the scene. Performing at shows with artists like Kehlani, Mod Sun and Blackbear, his fan base has expanded enormously over the last several years. He has been friends with these artists for some time, so it is not accurate to say that this is where his fan base originated from, but rather it helped him to become known to the people who had looked past him for some time. His first EP, U, is crafted as a vivid representation of someone who has loved and lost, yet refuses to let it tear them down completely. This is a common theme throughout his early music, giving people an inside look at his heart and mind while also letting people know that is okay to feel something even when it feels like it can destroy you. Gnash’s latest EP, Me, includes this similar truth, but it is much more lively. As he stated in an Instagram post immediately following the release of the EP, it includes many of the life lessons he has learned about moving on and being content with being alone, a healing that is completely evident between the lines of every track.

Gnash’s music is all about his journey, and it makes it easier to get to know him as a person. If his sounds are ever too difficult to follow (which is nearly impossible), then it is a joy to get to know his personality through the updates he provides for his “dreamers” via Twitter and Snapchat. His love for his fans shows through his constant hard work and interactions, and there is never a time in which you would second guess supporting him.

The opportunity to experience Gnash’s music live comes around often, but it increases with intensity with each performance. His energy on stage is overwhelming, and his ability to adapt to any stage or fan base is what makes his performances so enjoyable. If someone is not familiar with his music, they will be sure to check him out after the show. For someone who has seen Gnash a number of times, I know for a fact that he will bring everything he has to the stage. Everything he does, he does it for the people that support him, and he is never quick to forget that his fans are the backbone of his success in addition to his worth ethic. Velvet Jones is a very intimate venue, so it will only enhance the Gnash experience. Getting to see Goody Grace and Julius (who are featured on several songs with Gnash) alongside him is going to make this show go down history. Santa Barbara will be raving about these Los Angeles natives for days, and the lucky ones will be able to say they were there to experience it.