After defeating No. 21 UCLA, the UCSB baseball team shifts its attention to a tough three-game series away from home where it will face-off against the No. 9 team in the country, the Oregon Ducks.

Santa Barbara heads into Eugene with an 8-1 overall record and is currently riding a four-game winning streak. No. 9 Oregon will host with a 6-1 overall record after taking three of four games from Illinois State. 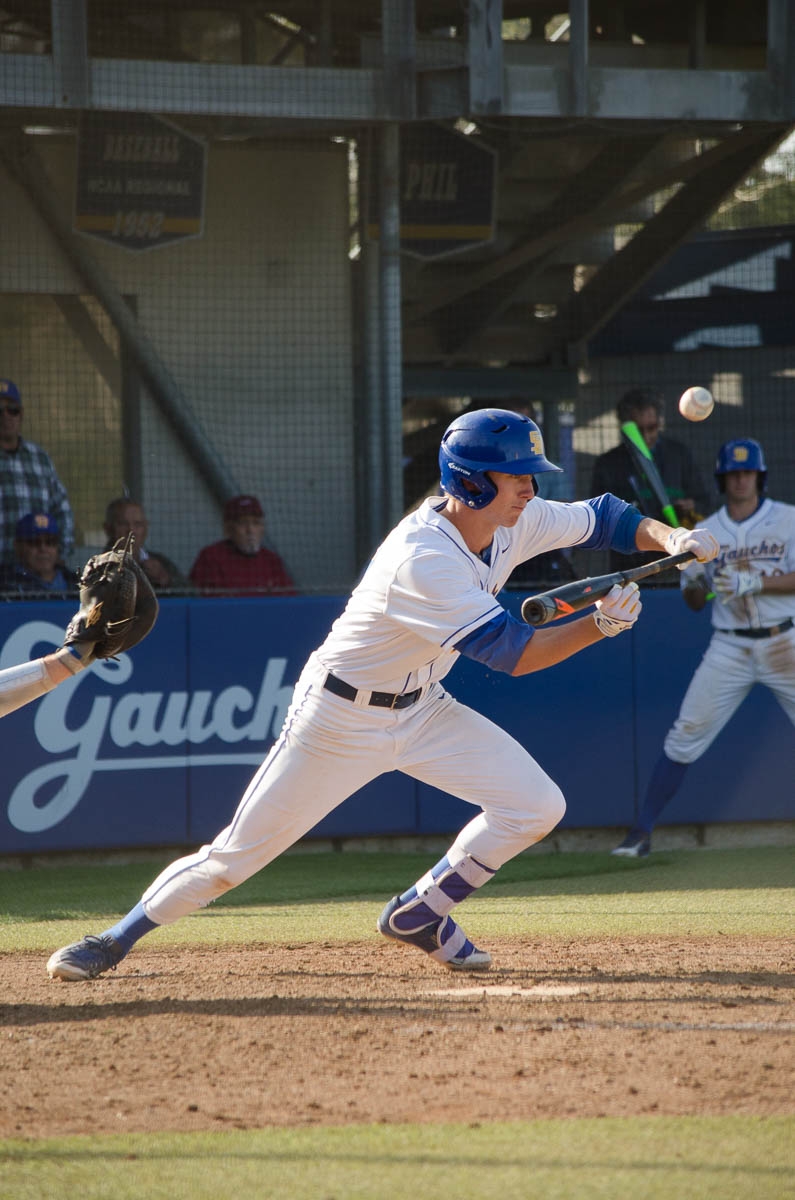 Oregon has done a good job all season of keeping opponents from scoring many runs. The most runs it has allowed in one game this season is five. The pitching staff UCSB will face in this series will be the best it has faced this season so far.

The Ducks have a slew of pitching options to use against the Gauchos. In particular, sophomore David Peterson has had an amazing start to the season. The left-handed pitcher has a 0.69 ERA thanks to only allowing six hits and one earned run in 13 innings pitched. He also has 14 strikeouts.

Another solid pitcher for the No. 9 team is redshirt junior Cole Irvin, who has also had a solid start to the season, posting a 1.29 ERA in his 14 innings pitched. He has only allowed eight hits and two runs while leading the team in strikeouts with 21.

On the other side of the mound is UCSB and its offense, which has been on fire as of late. It currently leads the Big West in runs scored with 85; the next closest is Cal Poly with 61.

Leading the offense is sophomore DH Austin Bush. The Big West Field Player of the Week’s performance has been great this past weekend. In his last four games he has batted .667 (10-15) and has accounted for 10 RBIs.

Redshirt junior Andrew Calica is also an important member of the team; he has done a great job as the lead-off hitter. He is the most efficient on the team at getting on the base with a .565 on-base percentage.

The storyline of this series will be which team’s strength will overcome the other. Although the Ducks have a great pitching staff, UCSB will look to change that with the hot offense it has been producing lately. In three of the last four games, it has scored over 10 runs.

This series will also be important if the Gauchos want to gain more respect in terms of national rankings. Taking a series from the No. 9 team in the country after defeating the No. 21 team handily should be enough to hopefully garner more attention.

UCSB’s next opponent is Oregon in a three-game series which begins Friday, March 4 at PK Park at 6 p.m. Saturday’s game is at 2 p.m., while Sunday’s is at 12 p.m., both at PK Park.

A version of this article appeared on page 13 of March 3, 2016’s print edition of the Daily Nexus.