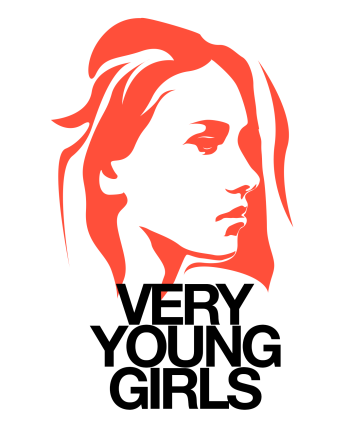 The only thing worse than knowing sex trafficking exists in this country is knowing the average starting age of girl prostitutes in NY (2007) was 13. In some cases prostitution is voluntary — they’re escaping their home lives and are brainwashed into thinking it’s the best alternative — and sometimes they’re kidnapped. Unfortunately, underage prostitutes weren’t previously defended from being tried as adults. However, G.E.M.S. (Girls Educational & Mentoring Services) was established as a shelter and an alternative to jail time for young girls subject to sex trafficking. “Very Young Girls” walks us through G.E.M.S. and the experiences of the young women affiliated with it.

“Pimped over a hundred hoes; gonna find a new bitch.” Two pimps — unknowingly filmed for this documentary — take us through the business of teenage prostitution. From what I gleaned, it ultimately comes down to a three-step process: Drive around in a car looking for young girl on street, fill the girl’s mind with sweet nothings, sell girl’s body for a filthy income.

Complementing the coverage of these pimps is an interview of Shaneiqua, who lets us see things from the victim’s perspective. She was involved in a very materialistic and sexual relationship, and her pimp was an astonishing 30 years older than her. He had her convinced that she had to sell her body to make him — or as he put it, “them” — more money.

In Shaneiqua’s case, and most others, sex trafficking comes down to brainwashing in the form of physical and verbal abuse. Pimps will fill the vulnerable minds of naive girls with the idea that they have to submit to this new lifestyle that will be mutually beneficial to them. The most tragic part of it all is that if girls try to escape — or if they don’t make enough money on any given night — they’re likely beaten.

Even more cringe-worthy is that these girls aren’t only victims of their pimps, they’re subject to careless law enforcement. A worried LaSharon put flyers all over the city when her daughter went missing. Someone called, recognizing the girl in the photo, and told LaSharon where the girl had been seen, but her pimp and his men were all armed and dangerous. LaSharon went to police dispatch to ask for help, and the cop at the window literally looked her in the eyes and asked, “What do you want me to do?” The last thing we need is a police force that doesn’t give a damn about the issue.

Not only did I shed tears for LaSharon, but for the mother of Nicole (15), who hitched a ride with a stranger, not realizing he was a pimp. She ended up sleeping with about 30 men in only four or five days, or six to eight men a day. She was charged for prostitution, and her mom wants to know why “instead of taking her to the hospital, they took her to the jailhouse.”

Speaking of unfair judicial systems, men found sleeping with underage girls only pay a fine if the girls accepted money. These Johns, as they are referred to in court, won’t be charged as child rapists as long as they take a six-month break from repeating the offense, to which one offender responded, “When does this break start?” followed by unwarranted laugher. This scene frustrated me most. There were so many men in a courtroom — all charged for the same crime of having sex with minors — and none of them seemed to care about the disgusting issue to which they contributed.

Thankfully, at G.E.M.S., Rachel Lloyd — who was sexually exploited herself — helps young prostitutes recover from sexual exploitation by providing them with a home and a support system they can turn to instead of turning to the streets again. This helps defend the girls against one of the biggest double standards in which they are criminalized and their abusers are merely fined.

It broke my heart to see the girls in the documentary say things like, “It was the best thing that ever happened to me,” in reference having sex with their pimps, or seeing them turn back to the streets because they were too emotionally attached to their abusers. Lloyd and the other employees at G.E.M.S. work to make the girls realize they aren’t just “hos;” they have abilities beyond pleasuring strangers for money.