The Daily Nexus
Water Polo
No. 17 Gauchos Recover from Slow Start in UCI Invitational
February 29, 2016 at 1:32 pm by Sinead Leon

The No. 17 UCSB women’s water polo team is now 7-9 overall after finishing the UC Irvine Invitational with a 2-2 record this past weekend.

Despite an unsatisfactory first day, in which Santa Barbara fell to No. 3 Cal and No. 12 Pacific, the Gauchos bounced back from their losses by defeating No. 19 San Diego State and No. 14 Loyola Marymount on the second day. 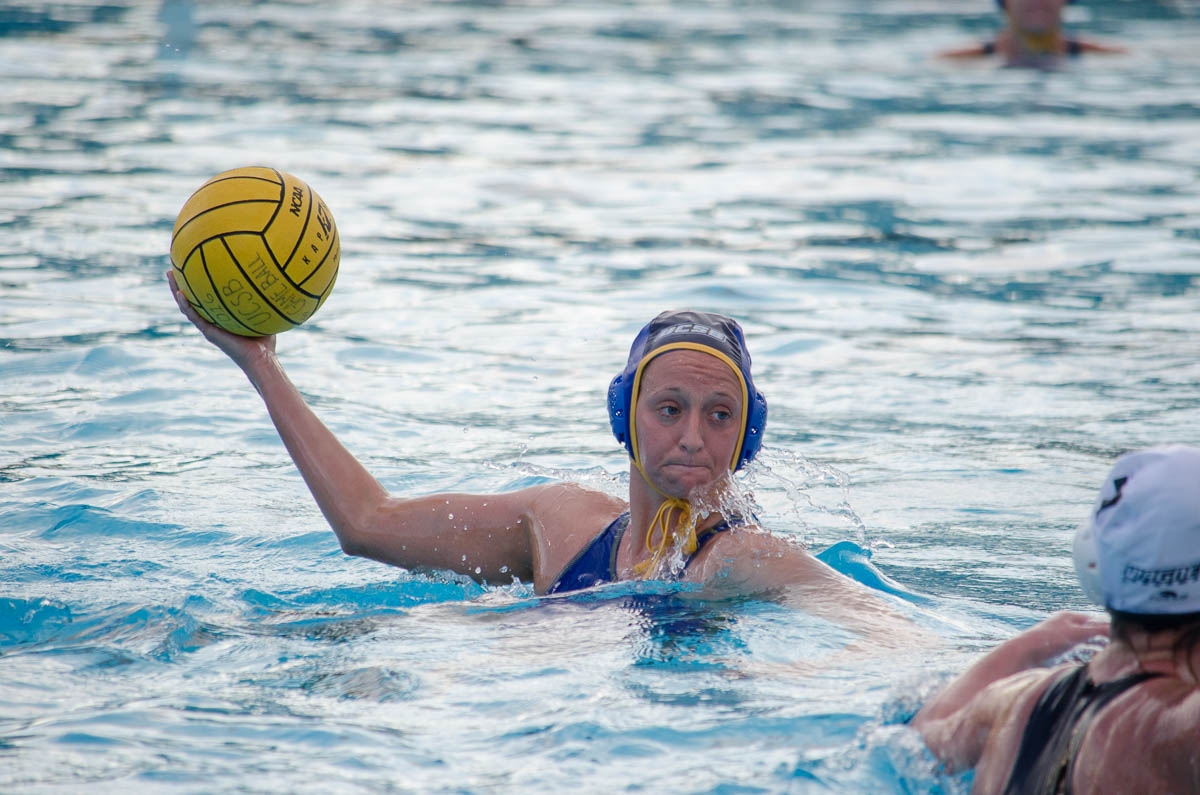 Santa Barbara began the tournament with a matchup against Cal on Saturday, suffering an 8-4 loss as the Golden Bears (15-3) collected their second victory over UCSB this season. The first being a close 9-8 win in overtime when the two teams met at the UCSB Winter Invitational.

The Bears came out stronger defensively, putting two goals away in the first period while managing to hold the Gauchos scoreless. Santa Barbara’s first goal of the match came at the 1:52 mark of the second period by redshirt junior utility Miranda Schrader. Cal quickly responded to the score, giving the Bears a three-point advantage at halftime.

UCSB’s defense was able to limit the Bears’ scoring the first five minutes of the third period, but Cal was able to get two goals in before the end of the quarter.

Despite senior center Lauren Martin, senior attacker Bryn Hudson, and sophomore utility Camila Schafer scoring one each, the match resulted in an 8-4 victory for Cal.

The loss to Cal led the Gauchos to face Pacific in the second game of the day.

This time UCSB attacked first and found the back of the net twice by the 5:16 mark. The Tigers retaliated with two goals of their own tying up the game, but thanks to junior utility Taylor Shore it was not for long. The junior gave the Gauchos the lead with her shot at the 0:27 mark of the first quarter.

In the second period the Tigers came back and grabbed the lead after a two-goal streak, but once again the scoreboard was tied up when freshman defender Kristen Denney scored one more.

After a back and forth battle for the lead in the third quarter, the game remained tied up 6-6 going into the last period of the game. It was Pacific that managed to get the winning goal at the 1:42 mark earning the Tigers the win.

Junior attacker Brenna Thomas had two goals against Pacific, while senior goalkeeper Mackenzie Brokaw had 14 saves adding up to a total of 21 for the day.

The Gauchos turned it around the second day sweeping up the competition. In the first game of the day, UCSB collected its first win of the weekend against San Diego State in an overtime battle. It was the second time that the teams had met, once in the Michigan Invitational in which Santa Barbara also came out on top in a 9-8 victory.

The Aztecs opened up the board with a goal at the two-minute mark, to which UCSB responded with two consecutive goals courtesy of Thomas giving them a one-point deficit lead going into the half.

The momentum was carried on to the third quarter where the Gauchos scored another two goals for a 4-0 run.

With the score at 4-1, the Aztecs turned on the jets and put away three goals unanswered. After an ejection drawn by Schrader, junior defender Sophie Trabucco took advantage of the power play and put away the equalizer.

The first period of overtime went scoreless, then with 1:22 left of the second Trabucco finds the back of the net once again. However, the Aztecs scored thirty seconds later to what seemed would take the game into a sudden death match.

Just when the cards seemed to have been dealt, Martin came in clutch for the Gauchos drawing an ejection. The senior center did not let the opportunity go to waste, capitalizing on it and giving Santa Barbara the close win 7-6.

Enhancing Santa Barbara’s momentous win over the Aztecs was its victory against Loyola Marymount to end the day which ended in a 15-12 shootout.

Martin and Shore both scored five goals each, followed by Schrader with four of her own, and Hudson with one to claim the victory.

Wasting no time, the Gauchos dominated the first quarter going on a four-goal streak. They maintained the lead throughout the rest of the first half to go into half time leading 7-5.

Despite an attempted comeback from LMU in the fourth quarter with five goals, the Gauchos had locked in their victory and gathered their second win of the tournament.

The Gauchos will face La Verne next at the Axelrod Pool on Saturday, March 5. The match will begin at 1:00 P.M.