After playing nine-straight matches on the road to start the season, the now No. 27 UCSB men’s tennis team will prepare to open up a five game home stretch with two matches coming this weekend. On Saturday, the Gauchos will face No. 70 Pacific and Fresno State. 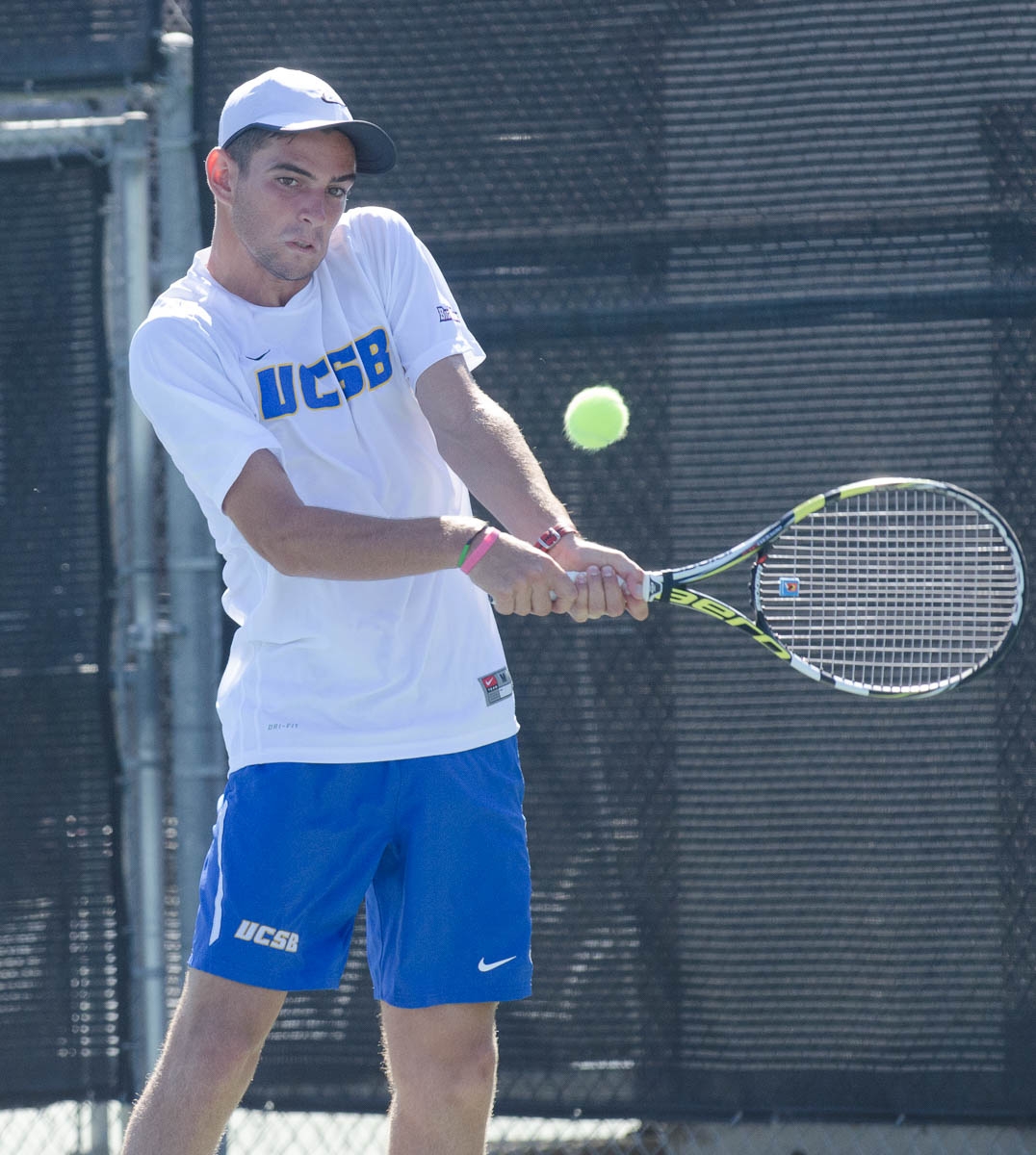 Santa Barbara comes in to its first home match sporting a 6-3 record, with five wins coming over ranked opponents. Last week, the Gauchos were ranked No. 42 in the nation, but after big wins over No. 69 Arizona and No. 38 San Diego State, the Gauchos shot up to No. 27. This is the highest ranking the team has held since 1998.

“This is a true milestone and recognition of the work that we have put in up to this point,” junior captain Morgan Mays. “This is by no means our final destination but it is a great check point for us heading home to and we hope to improve on it.”

Along with Santa Barbara moving up the ranks, the team’s top doubles team of seniors Miles Seemann and Nathan Eshmade has climbed as well. The team now registers at No. 38, and in part to its success, Eshmade was awarded this week’s Big West Athlete of the Week honors. The senior added two singles win on court one as well to help achieve the weekly recognition.

This weekend the Gauchos will be looking to build on a record set from the past two seasons, as they come in riding a 10-match win streak when playing at home. Santa Barbara went for an undefeated 9-0 at home last season for the first time in program history and hasn’t lost there since 2014.

In this weekend’s events, the Gauchos outrank both of their opponents but will still be playing a couple of quality teams with near .500 records and have seen the rankings at some point this season. The Tigers of Pacific hold a record of 5-4 and the Bulldogs of Fresno stand at 3-4. What may work against each team is the fact that neither has had success on the road to this point pulling in records of 2-3 and 0-3 when playing away, respectively.

The competition with Pacific will bring some excitement in the very first match that will be played on Santa Barbara’s main court this Saturday. In the doubles competition, No. 38 Eshmade and Seemann will face off with the No. 40 team in the nation, Pacific’s Sem Verbeek and Jose Chamba. The outcome of this heated dual will surely set the tone for the rest of the match.

“Now that we’re headed home for a while, it is really time to focus in on our season goals,” Mays said. “Where we are now is great, but we need to continue to build if we want to be national competitors.”

The Gauchos are set to take on No. 70 Pacific at the Rec Cen Courts this Saturday at 12pm.