The Daily Nexus
Nexustentialism
It's satire, stupid.
One Wild Night in SLO
February 24, 2016 at 11:38 am by Carrie Jones 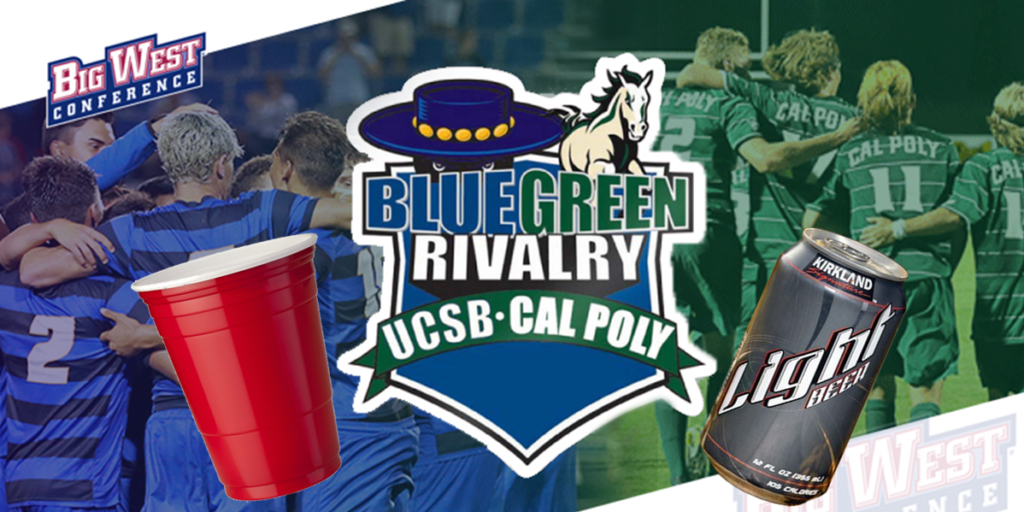 This past weekend, I traveled to the most inferior of the Central California universities: Cal Poly San Luis Obispo. SLO has notoriously been rivals with us Gauchos for as long as anyone can remember, most memorably for soccer and for providing the one game of the year during which everyone cares about sports for a second. But in recent years, Cal Poly has been coming up in the party scene, and they began to rival us in the one thing that Santa Barbara has always done best. There’s a point when enough is enough — maybe they can beat us in soccer twice, but damn it, they can’t beat us in beer die. So, this weekend my mission was to infiltrate enemy grounds to see what the San Luis Obispo party scene is really about and compare it to nights in I.V.

10:30 p.m. — We entered our first pregame at a house near campus. I’d managed to make it past enemy lines without revealing to anyone I was a Gaucho. Things seemed pretty normal, except for the fact that we were listening to Luke Bryan and everyone was wearing flannels. Drinks were flowing and good times were ahead. I was four shots in and starting to fear that maybe Cal Poly’s reputation had some validity behind it.

11:00 p.m. — It was time to make moves. My friends stumbled ahead of me and said it was time to make our way to the main event. I was expecting a house party, maybe even hitting some of the frats. When everyone grabbed their cowboy hats and boots, I got kind of worried I was missing the theme.

11:15 p.m. — We got out of our Uber and arrived at downtown San Luis Obispo’s finest line-dancing bar. Yeah, you read that right. The alcohol was starting to wear off and I was way too aware of the fact I was in a room full of people dancing in synch to Blake Shelton. Despite my initial apprehension about the night of country dancing (absolutely not my first choice for the night), it was a somewhat good time. I felt like I was in a scene from “Footloose” or “Grease,” maybe even a country music video, but it definitely wasn’t the party scene I was expecting.

12:00 a.m. — The line dancing bar closed, and we stumbled out and began to make our trek back to campus, to what I thought was the end to my strange night. Just when I thought things couldn’t get any weirder, from the back of our group, a booming voice yelled, “LET’S GO COW TIPPING!”

I’ll spare you the details of the rest of my night to avoid trouble with PETA and local vegans, but as a disclaimer, no cows or other animals were harmed in my drunken escapades.

I ended my night contemplating if any of it actually happened or if it was all some weird dream because I watched “Country Strong” last weekend, but I reached the definite conclusion that the party scene in SLO isn’t comparable to nights in I.V. So party on, Gaucho’s — we do it better than anyone else.