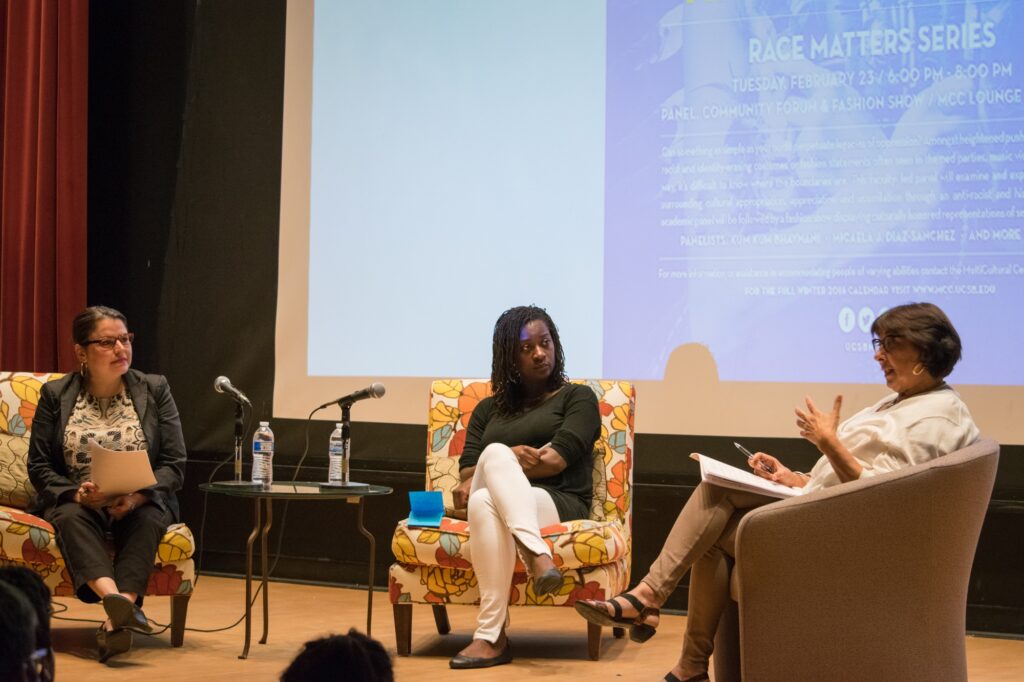 The panelists addressed critical issues and nuances between cultural appropriation, appreciation and assimilation. The event was followed by a fashion show highlighting culturally honored representations of self.

Sociology professor and panel moderator Kum-Kum Bhavnani said culture does not reside within a person or group, but is defined by relationships.

“The culture is created through our relationships with people … it isn’t a commodity that sits inside of us,” Bhavnani said. “Once you accept that, then you have to say, ‘Well what do we do about culture?’”

“When we are talking about the appropriation of race with regard to fashion, we should also always be thinking about gender and sexuality and class,” Diaz-Sanchez said. “Who is wearing what, in what context, and by whom is what we are wearing made?”

English professor Felice Blake said Martin Luther King Jr. envisioned a colorblind world where people could exist in harmony and their “racial differences, appearances, etc. would not be a basis for discrimination.”

“So more often than not, the argument for color blindness usually used to say, ‘Things are fair, everyone take the test and the scores will tell us who is the smart ones, who is deserving, who is worthy — and forget about the past,’” Blake said. “‘It is the people who keep bringing up race that causes the race problem. Aren’t we all supposed to be color blind?’”

Blake said an important aspect of privilege is ensuring that someone does not feel they have encouraged a system of dominance.

“It’s important to keep in mind the ways that someone can have privilege without feeling as if they have taken personally a part in producing a system of dominance,” Blake said.

According to Blake, people oftentimes associate privilege with unearned advantage.

“Advantages that one has, unearned, simply by virtue of the fact of how one was born — but those advantages come because someone else is receiving some unearned disadvantages at the same time,” Blake said.

Blake said the reality of inequality is that one does not have to commit a heinous brutality against someone of color to participate in a system that is racist.

“If you didn’t know before you got here: Sorry, the United States is a racist country,” Blake said.

Blake said while not every use of appropriation is a violent and cruel practice, one must be open to see when cultural appropriation can be offensive. 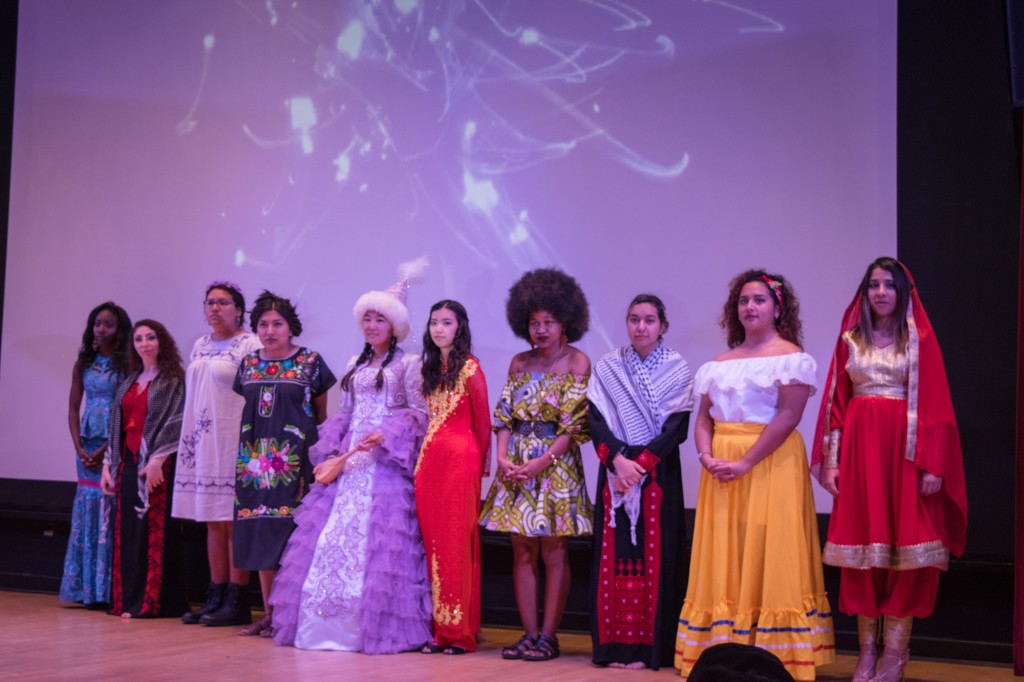 MCC Programmer Sepideah Mohsenian-Rahman said she was grateful individuals could use this event to showcase their individual cultures and heritage.

“We are so grateful for our incredible models … who are representing their own cultures, heritages, ethnicities and identities,” Mohsenian-Rahman said.

Third-year global studies major Amanda Becerra and participant in the fashion show said she was proud of her Columbian culture but finds it hard to find other students at UCSB who share the same culture.

“I grew up with Columbian culture. I was not born there,” Becerra said. “Both of my parents emigrated here when they were in their late teens or early 20s, and so growing up I lived with the food and the music and I honestly didn’t think it was different. I just thought that was my life until I came to college … it is really hard to find other Columbians.”

“while not every use of appropriation is a violent”

I think you mean no use of cultural appropriation is violent. Stop misusing words to exaggerate the importance of your causes.