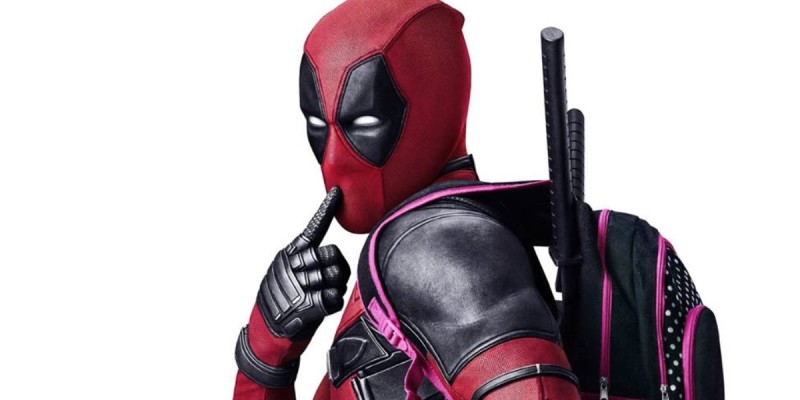 “Everyone, please turn around and welcome Ryan Reynolds!” A resounding crack echoes inside I.V. Theater as hundreds of necks twist around at once. “Just kidding,” the 20th Century Fox stooge says. Laughter across the board. Hey, they may have slaughtered the Fantastic Four, but at least they know how to market their shit.

Then the screen goes dark and the comic book nerds shush their talkative neighbors. The film begins. “Angel of the Morning” plays and the film immediately lets us know what we’re in for as credits like “Starring God’s Gift to Man” and “Directed by Some Overpaid Tool” appear.

Yup, “Deadpool” has arrived, a year and a half after I watched the leaked concept video during orientation. In its journey from CGI “what if” to Ryan Reynold’s flesh-and-blood crotch taking up most of the screen, the titular antihero has not lost an inch of his psychopathic charm.

This is what anchors the film. Deadpool himself is impossibly hilarious. Nobody is safe from his sarcastic observations and scathing references. “Oh, your poor wife,” he moans after he punches the chrome colossus that is, well, Colossus in the balls. Ryan Reynolds has pitch-perfect delivery, although his performance is not all shits and giggles. There’s still enough emotional weight to his character that gives him motivation and humanity behind the burned casserole that is his face.

That’s more I can say for the villain. Ajax (or Francis, as Deadpool vehemently insists on calling him) is about as interesting and amusing as a boiling pot of water. His only purpose is to provide Deadpool more material to work with. It’s a little disappointing that the film’s villain has absolutely no motivation, no good lines and, contrary to my friend’s insistence, has the sex appeal of roadkill. (Then again, aren’t all Marvel villains barring Loki like that?) It was a lot more gratifying to see Deadpool annihilate Rob Liefeld than watch these two mutants violently cross blades.

Speaking of which, you may be wondering: does “Deadpool” live up to its R-rating? Believe it or not, Marvel’s Netflix series actually seems gorier in comparison. That’s because whereas “Daredevil” treats its violence very seriously, “Deadpool” turns a man cutting off his own hand into a gag. But fear not, for there is definitely enough decapitations and blood to go around.

As for the graphic nudity front, I can say that both boys and girls will probably come away turned on, but the women may have to look a little harder. Whereas the boobs are all well-lit thanks to the neon-pink strip club lighting, Deadpool’s wang is obscured in shadow. And, just saying, I only looked out for his dong for the sake of this review. I swear. Really. You should be thanking me.

I’m thankful (yeah, lame transition, I know) that “Deadpool” is a riot. The jokes keep coming like a gift that keeps on giving. There’s such a wide variety of humor on display: satires of superhero movie tropes, parodies of John Hughes movies, Fawlty Towers references(!), incredibly violent slapstick and of course, a lot of penis humor.

The movie’s humor, however, is not groundbreaking by any means. It still adheres to that annoying cliché of stopping the action and cutting out the music, which is basically the overpaid tool’s way of saying, “Laugh, goddammit, laugh.”

Contrary to the marketing, the film is not a straight laugh train. Half of the time, both the movie and Deadpool himself steer into typical superhero melodrama. For what’s here, it works, but there’s not quite enough substance for my pretentious tastes. Deadpool has motivation, sure, but the villains don’t. The villains are there to look mean and act likewise. It’s a movie of halves.

But that does not mean half the movie sucks; it’s undeniably entertaining. Deadpool is not the messiah of superhero comedy; it’s flawed, but it definitely takes advantage of its hard R to the best possible extent. The badass Merc with a Mouth is unashamedly immature and is all the more awesome for it. I definitely don’t regret waiting for an hour and a half for my ticket. Go see “Deadpool” and make it rain for 20th Century Fox.