The Daily Nexus
Music
Zion I Brings the Beat to Velvet Jones
February 18, 2016 at 5:00 am by Gabriel Lazo 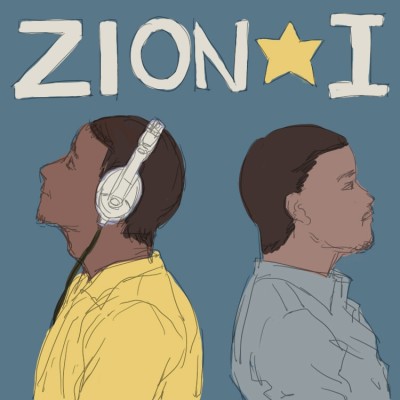 An MC spits lightning-fast rhymes from onstage. A few hippie-looking girls stand in the middle of the club, twirling around. One scraggily bearded and tie-dye adorned individual dances, spinning bolos with rainbow neon lights attached to the end. Throughout the night, Friday-night regulars — young people dressed for the club — would trickle in. But for now, the floor belongs to counterculture vagrant-ish looking people. The stage belongs to Brayell, the Southern Californian rapper opening the show.

Clearly grounded in a tradition of west coast freestyle, he rattles off rhymes with the speed that makes you wonder if he needed to do diction exercises before stepping out on stage. Aside from his rapping, Brayell (born Brandon Kelly) boasts a variety of talents. He frontlines his own band. He produces many of his own beats and plays various instruments when he records those beats.

After Brayell finishes, rapper James Kaye takes the stage. Kaye bounces around the stage frenetically. His physicality informs his show. The artist likes to jump around. At one point, Kaye leaps off the stage to mosh with audience members. In a night largely dominated by freestyling, this performance distinguishes itself with its underlying electronic-pop beats. The style culminates in the riotously fun, self-hype anthem “How Come,” the chorus of which goes “If I didn’t make it, how come everybody know my name?”

Brayell’s and Kaye’s music is available on SoundCloud.

Finally Zion I mounts the stage. Rather than announcing themselves with the usual fanfare, MC Zumbi and rapping partner Deuce Eclipse simply stand up and begin their set. The duo’s song transitions are seamless, forgoing pauses to constantly inform the audience where they are. It almost feels like Zumbi and Eclipse go for an hour without pause. This feat is especially impressive considering MC Zumbi’s age. Zion I was formed in the mid-’90s and has been a significant force in the underground and alternative rap worlds since the early 2000s. Zumbi doesn’t have the same love of milking stage time that younger performers often have, but, to his credit, he never flags and pushes himself through a solid, hour-long set.

MC Zumbi (or Baba Zumbi) spoke with the Nexus about the show and his upcoming projects. He spoke about the medley of musical styles that go into his beats.

“Always like a fusion with the beats I like, it’s got a soulful vibe, melodic, but also has that pounding bass, too. We do it all, man. I mean, I’m a child of the culture,” Zumbi said.

He also commented on what led to Zion I’s eclectic mix of music.

“I was born in Philadelphia, I lived in Texas, I moved to the west coast, I went to school in Atlanta … I’ve experienced hip-hop in all these different places,” Zumbi said.

The different influences are audible in the performance. Zumbi favors call-and-response audience interactions. He offers up a song, “Save a Soul,” from his upcoming album. The beat is electronic and bears the hallmarks of trip-hop sounds.

Zion I also embodies comradery on stage. Besides their call-and-response and prompting of the audience to sing along, they also start a “peace, love and harmony” chant. They bring the openers, both Kaye and Brayell, back on stage to freestyle and jam with them. The performers clearly pride themselves on creating genuine connections to the audience. Rapper Deuce Eclipse also had a word with the Nexus.

“I pride myself on that west coast freestyle, just off the dome, kinda in the moment. The more I feel the crowd, the more I’m able to express myself,” Eclipse said.

Freestyling for these performers clearly involves sensing the rhythms of the audience.

“The crowd out here is so hyped, and they just give you that energy so you just work with it, kinda close your eyes and just let yourself free” Eclipse elaborated.

When Zion I finally gets to their hit single, “Coastin,” the audience cheers and sings along. Zion I welcomes it.