The Daily Nexus
On the Menu
Sweet Smarts About Sweethearts
February 11, 2016 at 5:02 am by Rae Ann Varona 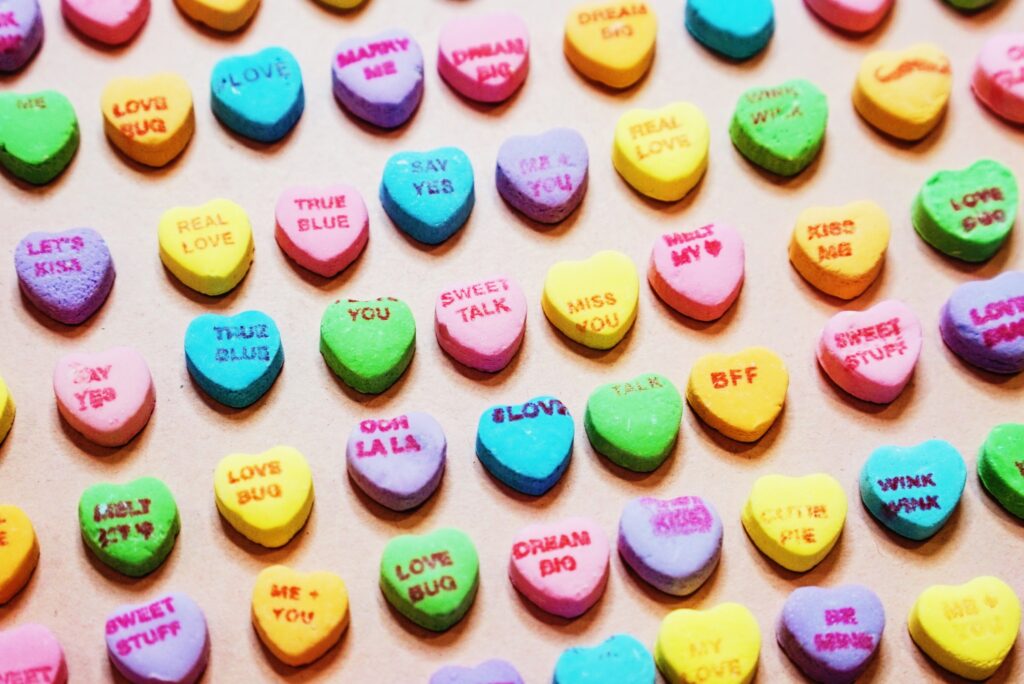 Valentine’s Day is fast approaching. Walk through store aisles and you’ll find a plethora of red and pink cards, bears, balloons, chocolate boxes and other items with lovey-dovey messages transferred on them. Somewhere among the merchandise, you’ll be sure to find that familiar package of Sweethearts, also known as Conversation Hearts. For over a century, these kitschy candies have been given as gifts of appreciation and love. For me, Sweethearts bring me back to my elementary years of Valentine’s Day candy grams where more than one student would drop a package in every classmate’s box.

The history of Sweethearts dates back to 1847 in Boston to an Englishman by the name of Oliver Chase who worked in a drug store making lozenges. Back then, when lozenges were all the rage, Chase invented and patented a lozenge cutter that cut lozenges, pulverized sugar and inadvertently became the first candy machine maker. He eventually started one of the United States’ oldest and longest running candy company, the New England Confectionary Company, or “Necco.” Originally, the candies were in the shape of scallop shells and the messages printed on colored paper and tucked inside them kind of like a fortune cookie. In 1866, Chase’s brother Daniel came up with a machine that stamped words directly onto candy using red vegetable dye. The candies then were much bigger and were able to accommodate longer messages. This made them especially popular for weddings with messages like, “marry in pink, he’ll take a drink” or “married in white, you have chosen right.” By the early 1900s, the shapes of shells, horseshoes and baseballs turned into hearts. As popularity of the hearts grew, the messages got shorter. For 150 years, what was first a novelty of tiny, motto-printed colored hearts has become a sentimental tradition with their image recognized by almost anyone. They’ve become part of popular culture with appearances in shows like “The Simpsons,” video games such as World of Warcraft, on clothing and accessories and on soaps among many other things. 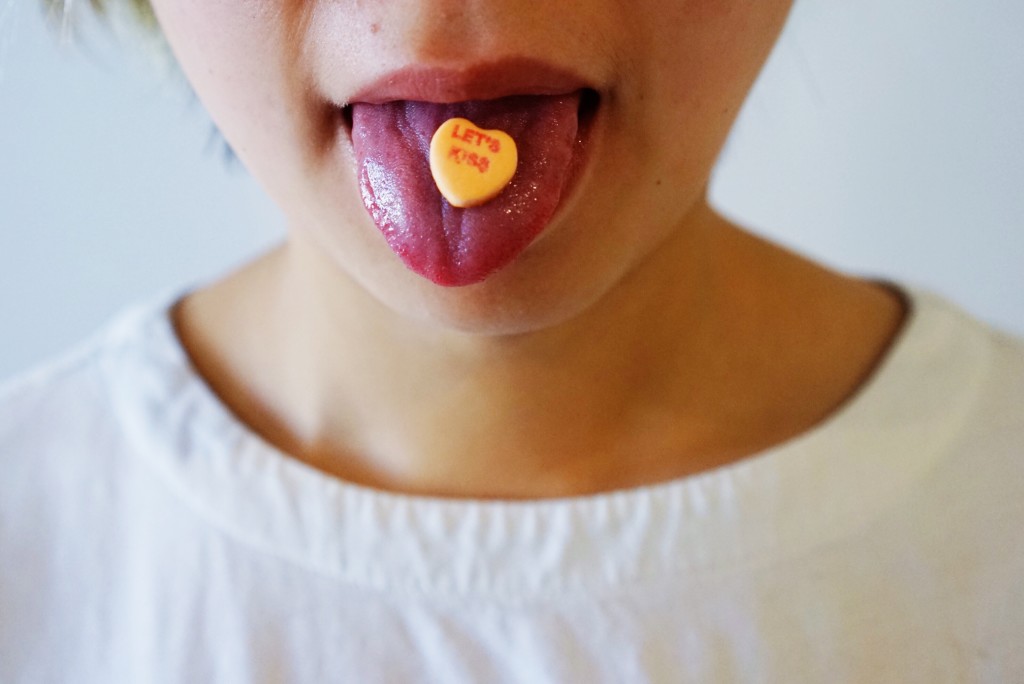 Despite being around for over a century, the candy hearts have gone through relatively minimal changes. Ingredients are still mixed into a dough, flattened, cut, stamped and dried, turning out billions of colorful hearts per year. Many of their messages like “Be Mine” and “Sweet Talk” remain popular, while some of them have been retired. To keep current, new messages have made appearances and retired throughout the years with timely messages such as “Fax Me,” “Groovy” and “Hep Cat.” The ever-popular social media phrase “Tweet Me” was once a hit. Necco even had a Twilight series with phrases like “Bite Me,” “Live 4 Ever” and “Dazzle.” There’s no telling when we’ll start seeing words like “Bae” or phrases like “On Fleek” or “I Can’t Even” on our candy hearts, but the company does currently allow people to customize their own words and phrases for more personalized messages.

The flavors haven’t changed much either since experimentations with new ones caused a lot of upset among fans. While the original flavors continue to be favorites, different varieties are available, including Dazzled Tart which are the more tart and sour flavors, Sugar Free for those that are limiting their sugar intake and Chocolate. Non-flavor-related variations include “En Español” which contain messages in Spanish and Color Your Own which consists of the original flavored hearts in a black-and-white box that younger fans, ages 5-12, can design and submit to Necco’s annual Color Your Own Sweethearts Contest for a chance to create a phrase to be included for the following year’s mix.