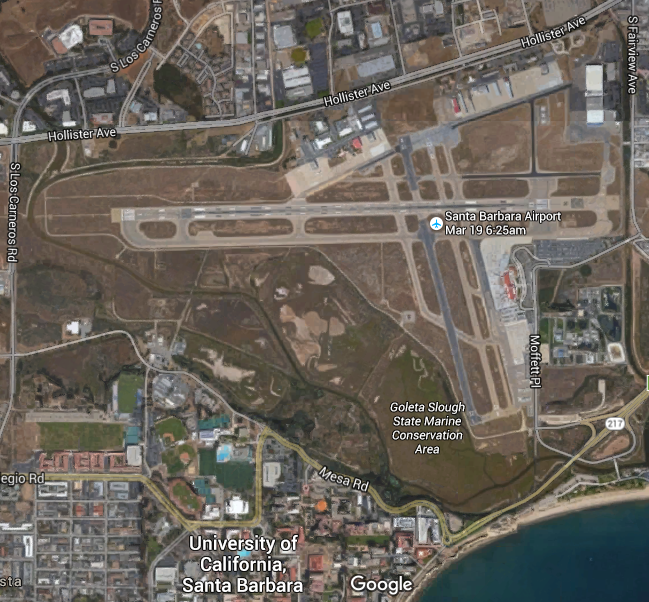 Emergency crews rushed to the scene at 5:41 p.m., and the pilot was brought to Santa Barbara Cottage Hospital with only “bumps and bruises,” according to Lynn Houston, the airport’s marketing director. The male pilot was the only person in the plane and has not yet been identified.

Houston said the plane, a Beechcraft Bonanza, landed and slid into a slough area of the airport.

The Santa Barbara Police Department said officers also responded to the scene, but there was no fire and no injuries. The airport closed briefly and reopened at 6:14 p.m. No flights were delayed.