Super Bowl Sunday has become somewhat of a phenomenon over the last few decades. Companies shell out millions of dollars for a 15 second ad, friends get together to enjoy the game while drinking during the process—responsibly of course—and little kids all over America hope to one day play in the glory that is the Super Bowl

With Super Bowl 50 fast approaching, it only makes sense that most fans are reminiscent of some of the greatest Super Bowls ever played. Without further ado I’m here to give my top 10 Super Bowls of all time. Of course these are all based on my opinion and if you would like to voice yours I’d love to hear it so tweet us @thenexus_sports! Before we begin, 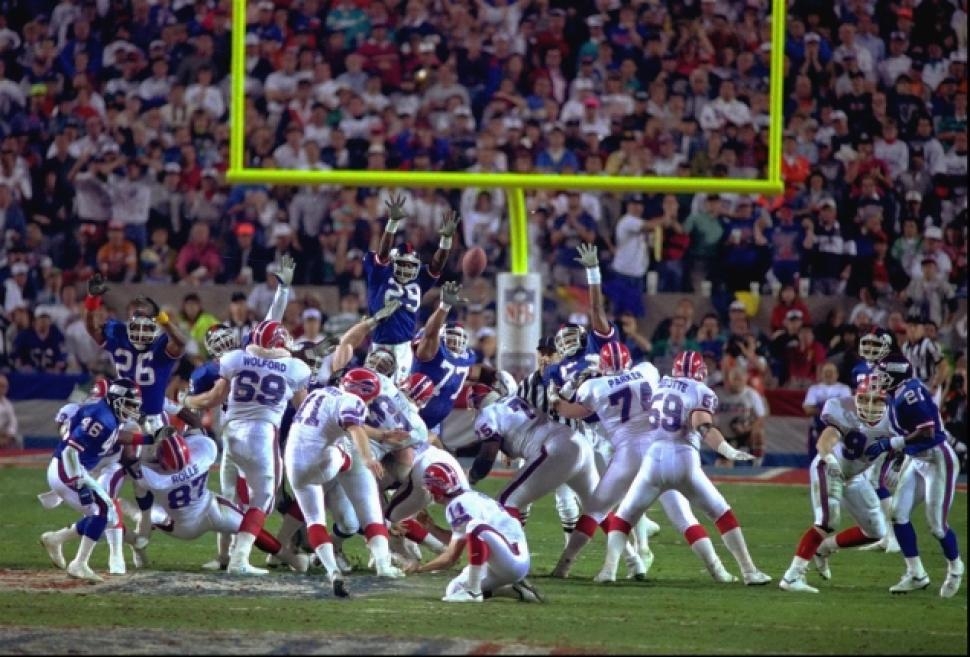 Super Bowl XXV was probably the cleanest Super Bowl ever played with neither team committing a single turnover. The match-up was between the heavily-favored Bills and the Giants. New York was able to pull of the 20-19 upset—closest margin of victory ever in a Super Bowl—due to the fact they held the ball for a Super Bowl record 41 minutes.

However, the reason this is my No. 1 Super Bowl of all time is because it has arguably the greatest moment in NFL history. With eight seconds left in the game, Bills kicker Scott Norwood attempted and missed a field goal that would’ve won the game. The kick is more famously known as “wide right” because of how the kick was missed. The loss was the first of four Super Bowl heartbreaks for the Bills. 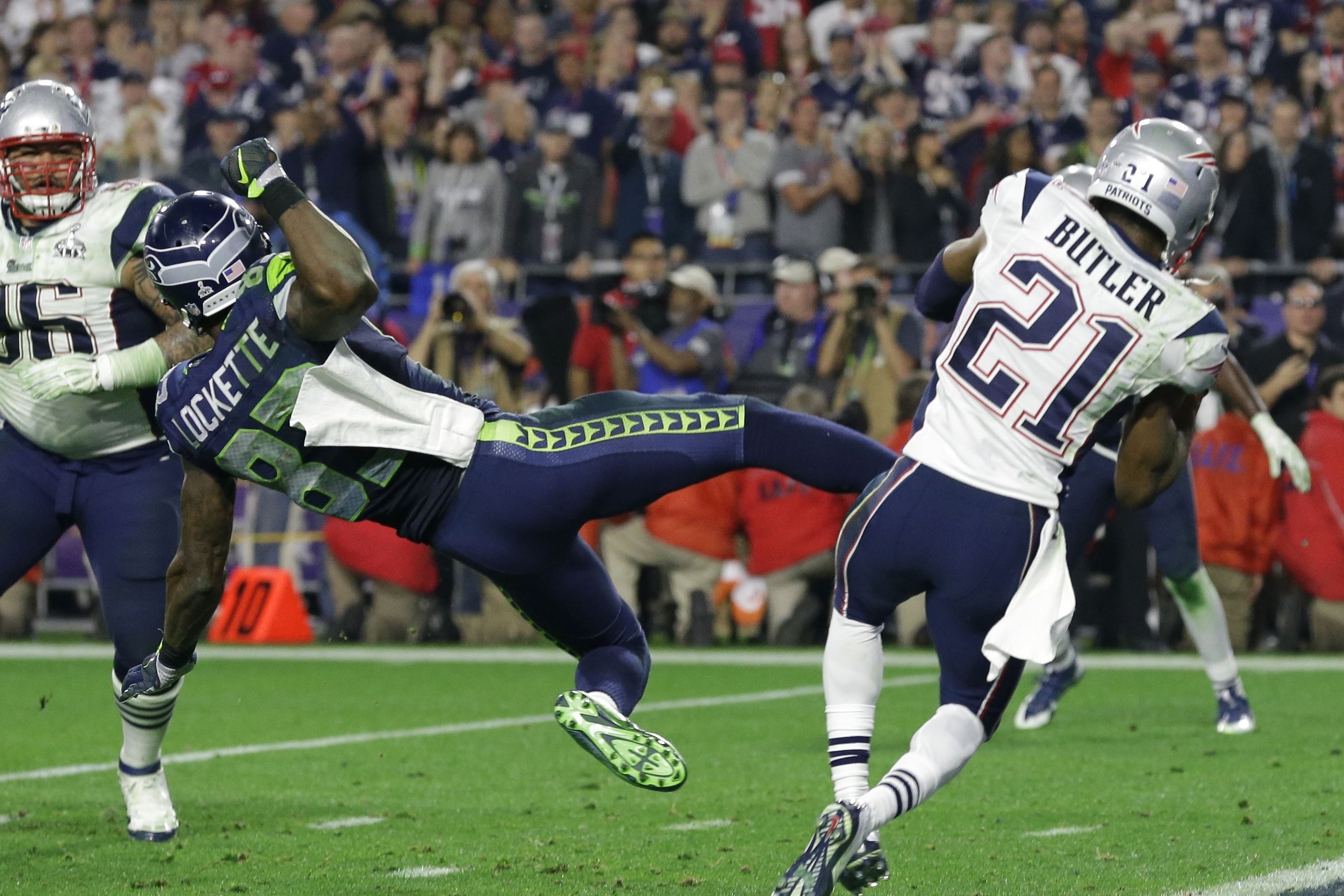 Crazy to think that a Super Bowl that took place less than a year ago would be considered this high in the list, however, this game deserves to be this high. The Seahawks were hoping to become back-to-back Super Bowl champions and did a good job holding a 24-14 lead into the fourth quarter.

In a fourth quarter for the ages, Brady completed 13 of 15 passes for 124 yards and two touchdowns which gave the Patriots a 28-24 lead. Now if “wide right” is the most memorable play in Super Bowl history then this next one is pretty darn close.

On second and goal Russell Wilson threw the ball over the middle and was intercepted by the Patriots Malcolm Butler. The Seahawks faced countless backlash for the play call and ended any hope they had for a dynasty while Brady won his record tying fourth ring. 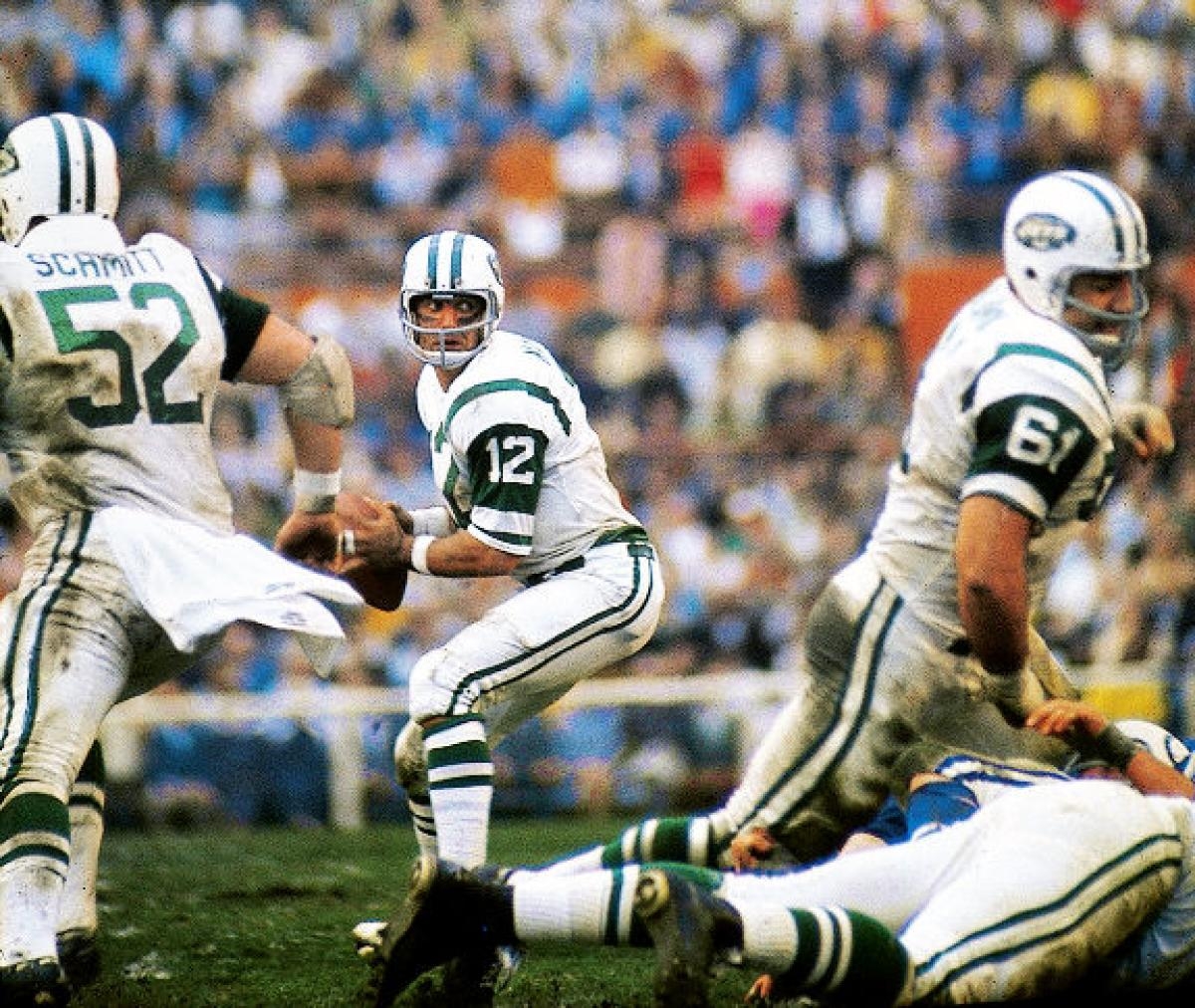 The oldest Super Bowl on this list is arguably the greatest upset in NFL history. The New York Jets took on the Baltimore Colts—yeah that’s how old this game  is—for the final NFL vs AFL Super Bowl.

Up to this point the NFL was seen as the superior conference which led star Quarterback Joe Namath to declare that his team would beat the dominant Colts. The game itself was nothing spectacular however, Namath’s famous guarantee and the Jets upset makes this one of the greatest games in NFL history. 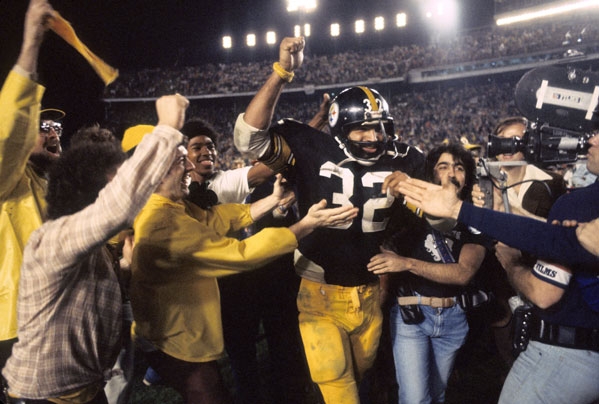 Its no secret that the Cowboys and the Steelers is one of the best rivalries in NFL history. In this particular match-up stakes were high in particular because the winner would be the first three-time champion. However, as the saying goes, the great ones never lose they just run out of time.

Down 35-17 in the fourth the Cowboys mounted a great fourth quarter comeback but time ran out as they ended up losing 35-31. Although time was a factor in their loss most fans remember the Jackie Smith drop with 2:30 left in the third quarter that doomed them.

Had the pass been caught the Cowboys would’ve tied the score at 21 but instead they settled for a field goal. The game had so many amazing moments such as the controversial P.I. call on the Cowboys Benny Barnes but most only remember this Super Bowl for the unfortunate drop. 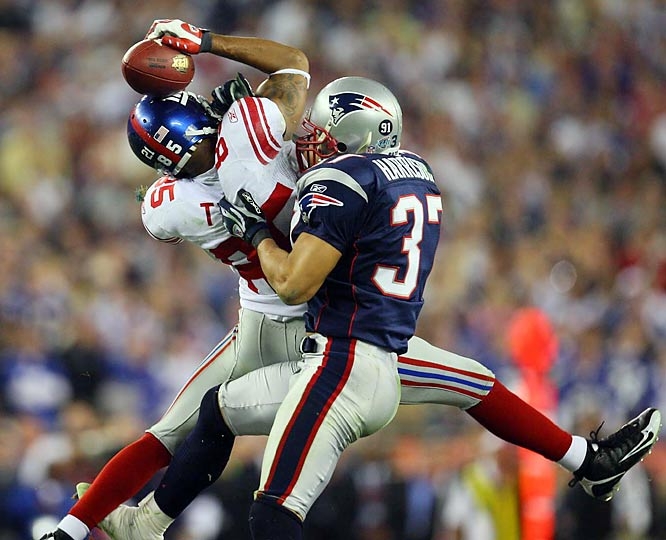 As most people know, the Patriots entered the game with an 18-0 record and were attempting to complete a perfect season. Tom Brady was also hoping to get his record-tying fourth ring to truly cement his legacy. Their foes were the sixth-seeded Giants, the first team in NFL history to make the Super Bowl as the sixth seed.

Most of the game was a stalemate however, what makes this game special is the fourth quarter. Down 10-7, Brady hit Randy Moss in the corner of the end zone with a bit over two minutes left to give his team the lead. Eli Manning responded throwing one of the most famous passes in NFL history which was caught by David Tyree’s helmet.

This led to the go-ahead touchdown with 32 seconds left and the eventual Super Bowl upset which ruined the Patriots becoming the first team to go 19-0. 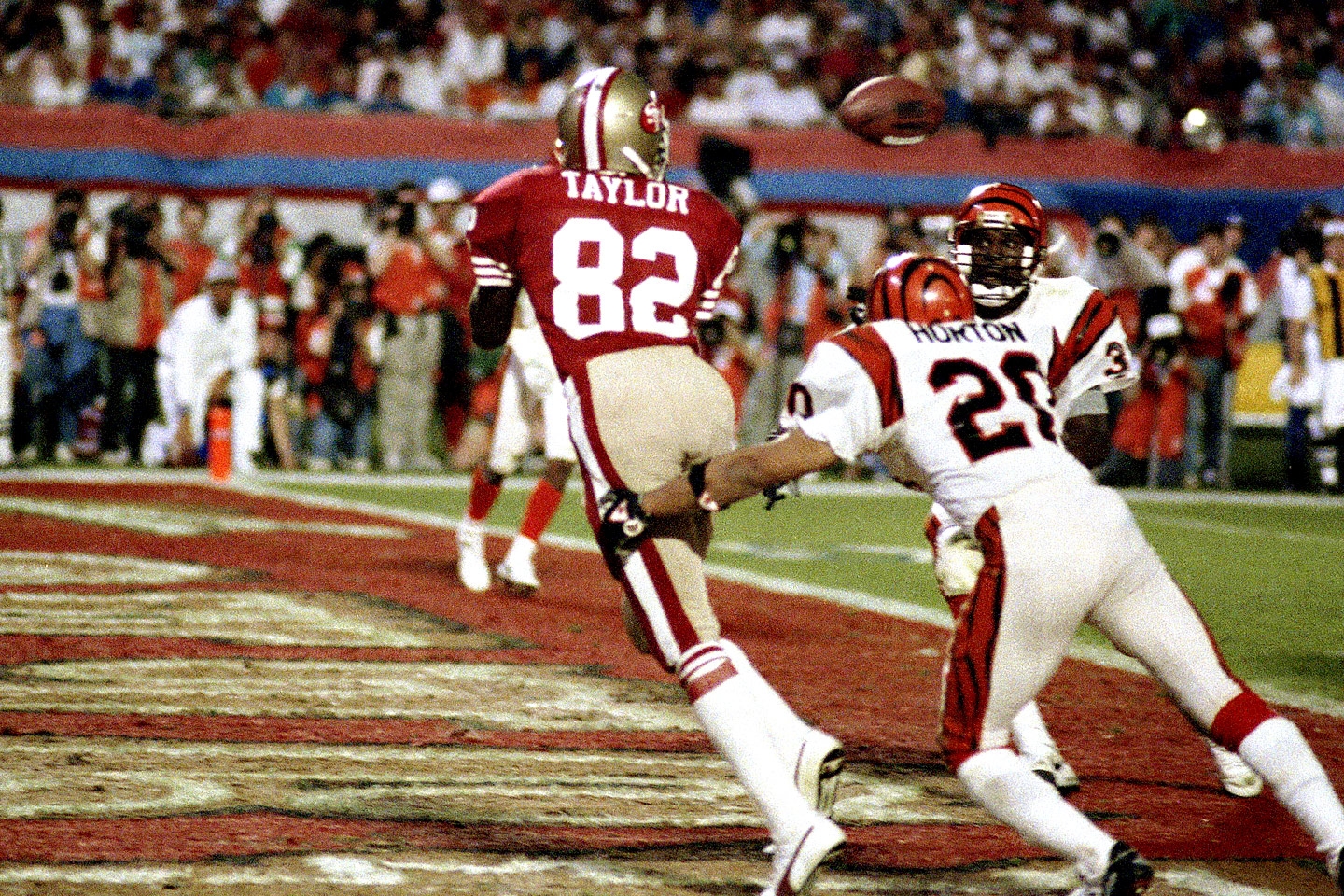 This Super Bowl saw a rematch between San Francisco and Cincinnati in which the 49ers had won the first meeting. Boomer Esiason led the Bengals to a surprising 13-6 lead to start the fourth and a 16-13 lead late in the final frame.

Montana then led one of the greatest drives, leading his team 92 yards down the field hitting wide receiver John Taylor for the go-ahead score. The amazing 20-16 is known as one of Montana’s greatest moments. The post game also had some drama with the announcement of Joe Walsh’s retirement. 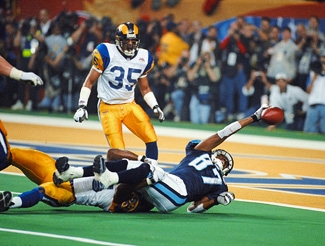 Anyone who knows how this Super Bowl ended knows exactly why it is on this list. The Rams dominated most of the game and seemed like it would coast to an easy victory up 16-6 in the fourth quarter. Steve McNair then led his Titans to tie the game before the Rams took a 23-16 lead.

McNair then led a majestic drive using his arm as well as his legs leading the Titans inside the St. Louis 10-yard line. On the final play of the game, McNair threw a slant to receiver Kevin Dyson who came up one yard short of the end zone thanks to Rams’ linebacker Mike Jones. One yard prevented the first-ever overtime game in the history of the Super Bowl. 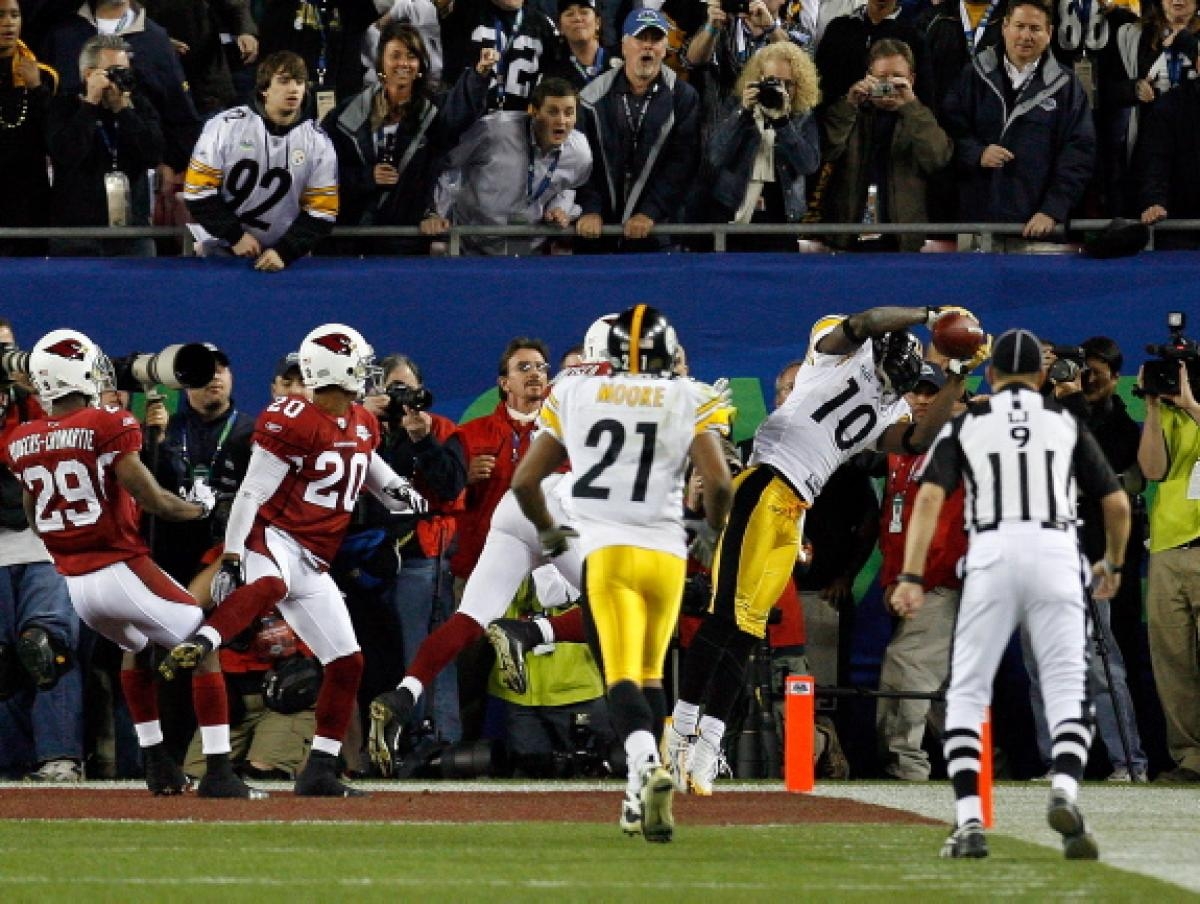 This match-up was definitely one of the more interesting on this list due to the fact that it had the five-time Super Bowl champion Pittsburg Steelers against the Cardinals who had never even been to a Super Bowl before that game. An amazing performance by Larry Fitzgerald almost brought the Lombardi trophy home to Arizona.

Fitzgerald had a fourth quarter for the ages, catching six passes for 115 yards and two touchdowns, the second one putting Arizona ahead, 23-20. Ben Roethlisberger then led his team down the field and connected with eventual game MVP Santonio Holmes who made an amazing tip-toe catch in the corner of the end zone and gave his team the win. The victory marked the Steelers sixth Super Bowl an NFL record that still stands. 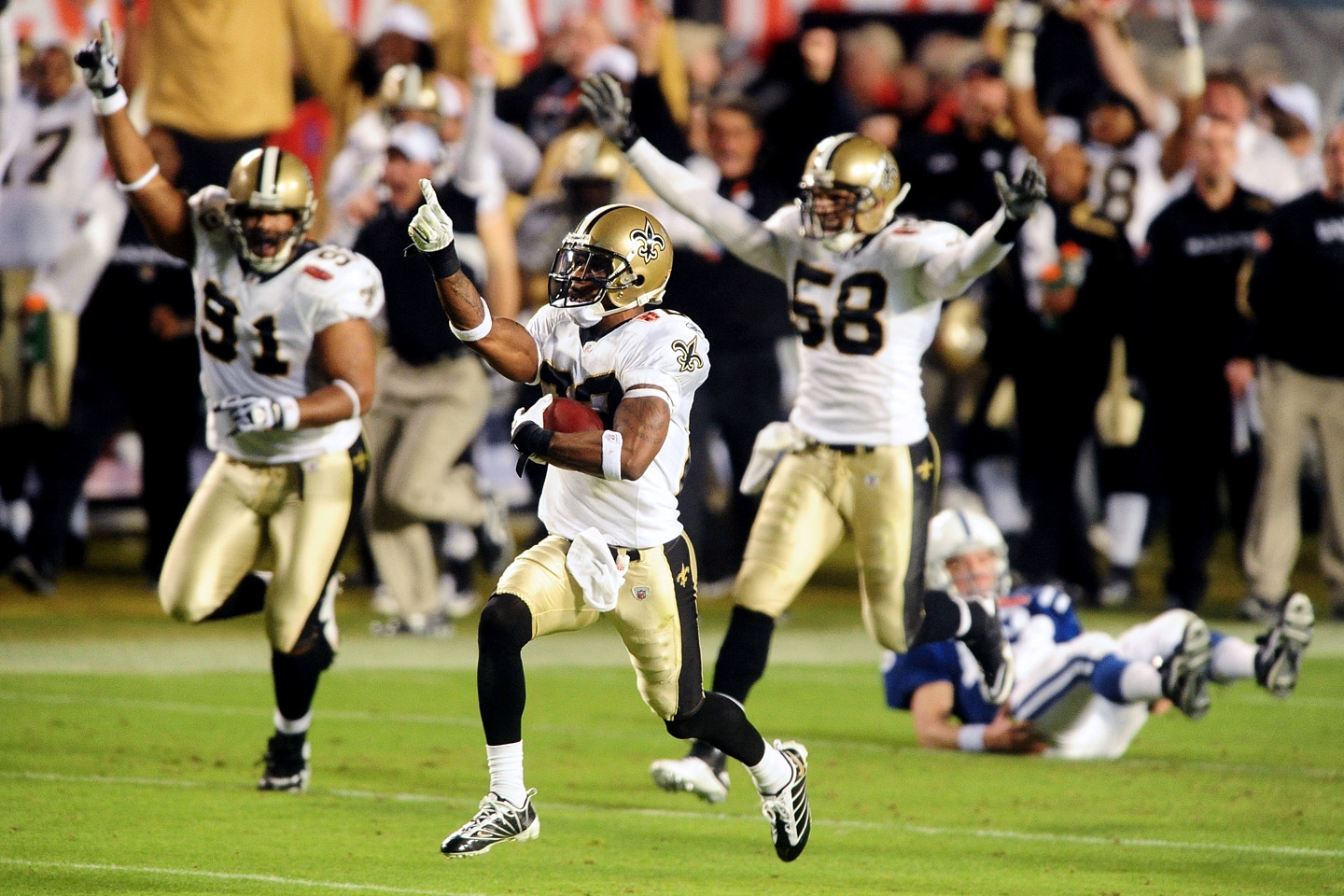 The final score of this game—31-17—may make you think that this game was a blowout and shouldn’t even be on this list. However, this game had so many amazing plays as well as an amazing story that it had to be here.

Down 10-6 at halftime, the Saints shocked the Colts kicking and recovering an onside kick to start the second half—the first time on an onside was recovered before the fourth quarter in the Super Bowl.

Late in the fourth the Saints held a 24-17 lead. Peyton Manning and the Colts were driving the ball well until cornerback Tracy Porter jumped a slant route and took the ball back 74 yards to seal the Saints first ever Super Bowl victory. 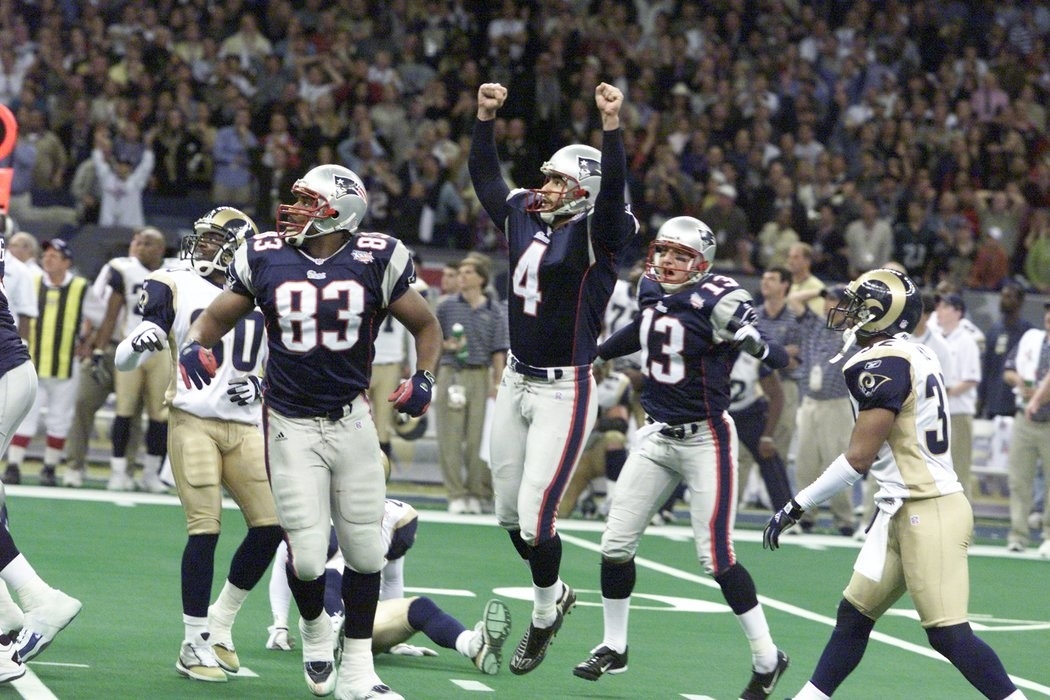 This game is most notable because this is the Super Bowl that kicked off the Brady-Belicheck dynasty in New England. The heavy underdogs managed to get a 17-3 lead over the Rams team dubbed “The Greatest Show on Turf.”

Kurt Warner led his team back scoring two touchdowns and tying the game at 17. Tom Brady then began his legacy leading his team on a surgical drive. He managed to set up Adam Vinatieri for a game-winning field goal. Vinatieri made it and the rest is history.

Have any ideas for more Top 10’s? Tweet them to us @thenexus_sports! We appreciate all the feedback!