The Daily Nexus
On the Menu
Fun Facts about Football Foods
February 4, 2016 at 5:17 am by Preeya Patel 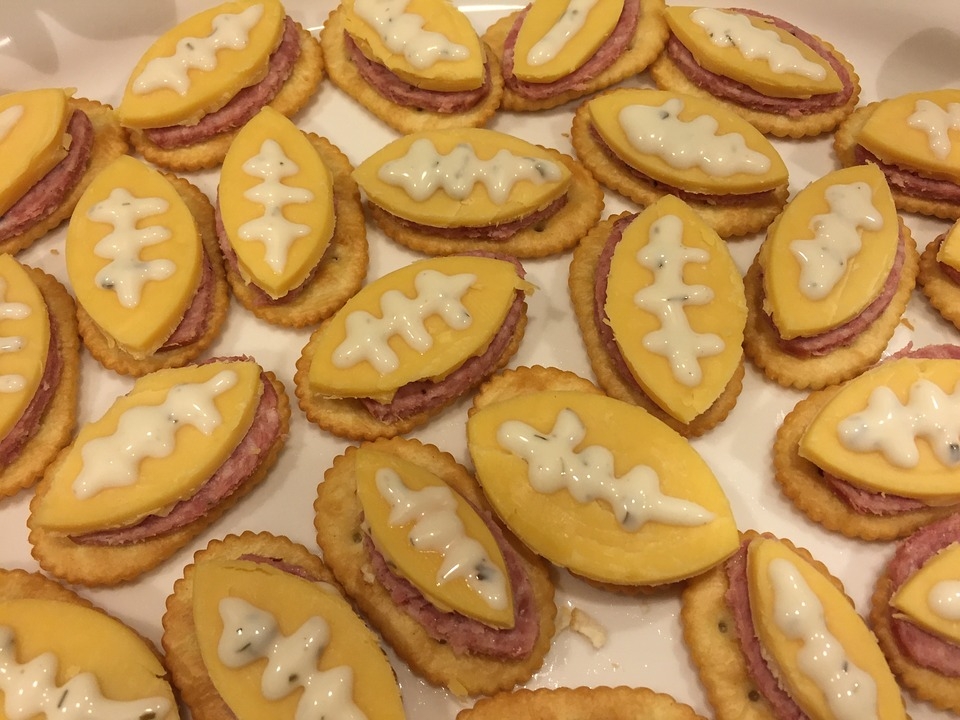 It has become an American tradition to sit in front of the TV on Super Bowl Sunday and eat away while anxiously watching the game. However, do you ever feel a little guilty when you’re sitting there on the couch, munching through your chicken wings, pretzels and guac while the players on the screen are partaking in an extremely exhausting and body-straining workout? No? Well don’t worry, the other 114.4 million of us tuning in to the game annually feel no guilt either. And even if they do, they still don’t stop themselves from delving into piles upon piles of food. Super Bowl Sunday comes in at number two for my favorite holidays, next to Thanksgiving. And, yes, I consider the Super Bowl to be a holiday. Coincidentally, the Super Bowl also comes in at number two for the day where Americans consume the most food, with Thanksgiving at number one.

I know, while watching the big game, the last thing on your mind is how many pounds of chicken wings America eats on the big day or who invented this tasty treat. Therefore, I am sharing this information with you before you tune it to watch the Broncos take on the Panthers in San Francisco this Sunday.

Chicken wings are obviously a football favorite, which is why this Sunday Americans are expected to consume around 1.25 billion of them. Delicious and easy to eat, Americans consume wings by the pile; however, few know the history of the chicken wing. According to the Smithsonian magazine, Teressa Bellissimo, proprietor of the Anchor Bar, invented the buffalo wing in 1964. There are a few stories going around on why she actually first came to make them. Her husband claims she made the wings on accident, while her son claims she created them as a special treat for some good customers at the bar. Whatever the true story, Americans have come to love the Buffalo wing and have made many variations of it since, making it a Super Bowl Classic.

Chips and guacamole are another fan favorite on the big day as Americans consume around 70 million pounds of avocados. But where did this delicious recipe, that has become a classic dish at America’s biggest sporting event, come from? According to the Mother Nature Network, the invention of guacamole dates back to the 14th to 16th centuries when the Aztecs began making a sauce called “ahuaca-mulli,” meaning “avocado-mixture.” While guacamole was not a very popular dish when it was first introduced in America, within the past several years the consumption has risen immensely.

No Super Bowl feast can be complete without a big bowl of potato chips. American consume a shocking 11 million pounds of potato chips on the big day. It has been an American classic for so long, many have never considered its origin. The potato chip was invented in 1853 in Saratoga Springs, New York. Chef George Crum served a customer his classic thick cut French fries. After a customer rejected the fries, claiming they were too thick, Crum decided to taunt the customer by serving him fries that he sliced extremely thin. However, the customer loved the paper thin potatoes. While Crum’s plan to taunt the customer backfired, he unintentionally invented the potato chip.

Now, when you sit down on Sunday afternoon, ready to enjoy your feast and of course the game as well, you can sit there knowing where your smorgasbord of American classics originated from.