The Daily Nexus
News
Exxon To Truck Oil Out of Los Flores Canyon
February 4, 2016 at 5:00 am by Sierra Deak

Exxon Mobil Corporation applied for an emergency permit to remove oil that has been sitting in the canyon since May 2015, citing potential environmental impacts 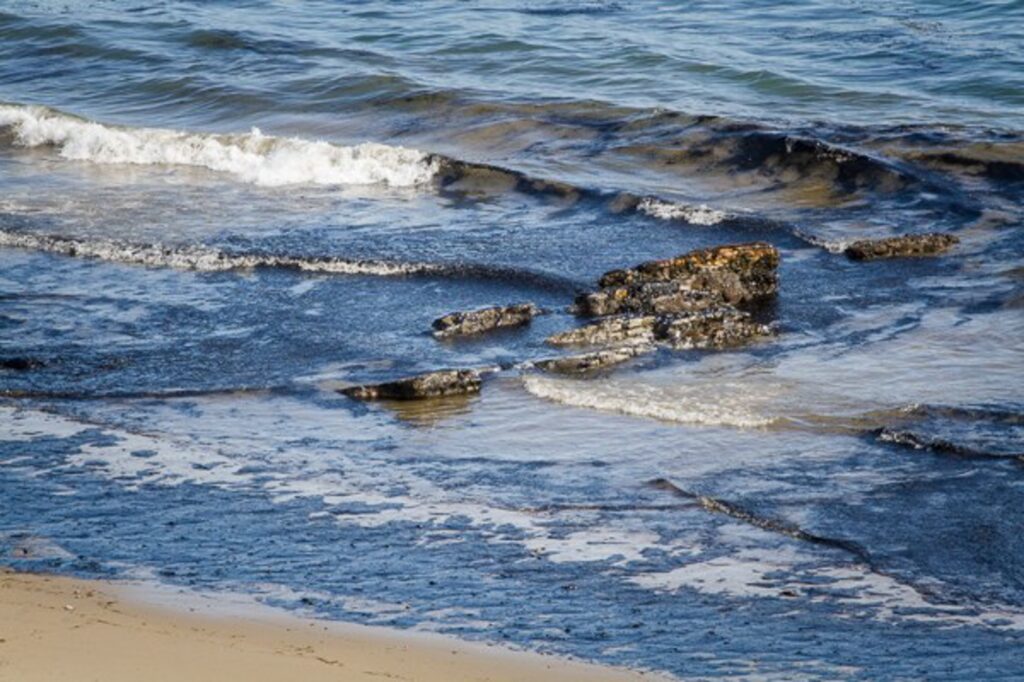 The 425,000 barrels of oil present a possible danger to the environment should a natural disaster occur; the removal will last anywhere from three to six months. Nexus File Photo

Exxon Mobil Corporation received approval on Monday for its proposal to transport oil stranded in Las Flores canyon out by truck.

The approximately 425,000 barrels of stored oil have been left in the canyon since the May 2015 Refugio oil spill, when the Plains All American Pipeline (PAAPL) that usually transported the oil ruptured. The pipeline has since been shut down indefinitely. In the event of a natural disaster, the stored oil would not be removed in time to avoid potential environmental impacts, which is why ExxonMobil applied for the emergency permit in order to transport the stored oil from the Las Flores processing facility.

Santa Barbara County Planning and Development approved the permit, and the trucking operations will begin within three weeks, utilizing 30 trucks per day over a three- to six-month period.

“ExxonMobil’s LFC emergency response plan has been impacted in its ability to respond appropriately to unforeseen circumstances, such as natural disasters, because of the unique event of the shutdown of the PAAPL for an unknown but extended period of time,” the company said in its application.

“The emergency permit that was approved authorizes temporary trucking to move 425,000 barrels of stored oil out of the Las Flores Canyon where ExxonMobil’s processing plant is,” Black said. “The county believes that the stored crude oil should be transported by truck to an appropriate facility as soon as possible to prevent loss or damage to the environment.”

Black said moving the oil by truck is the only way to transport the oil at this time.

“This is all in the context of the Plains Oil Pipeline not being operational due to the rupture that caused the spill, so there is really no other option to get the oil out of the canyon besides by trucking,” Black said.

Linda Krop, chief counsel of Santa Barbara’s Environmental Defense Center, said ExxonMobil applied for the permit due to concerns about residual materials from the May oil spill on the platforms, in the pipelines and in onshore storage facilities.

“The other concern is that they have been able to purge from the platform and the pipelines, but they have excess mixture in the onshore storage tanks, and so they’re worried … if there’s anything that could cause a leak or a spill from those tanks,” Krop said.

Krop said ExxonMobil’s plan to transport the oil by truck will pose fewer environmental risks than the potential risks of leaving the oil in Las Flores until a pipeline becomes operational.

“What the county wants Exxon to do is get the oil out of those tanks before we have another oil spill, so the only way to transport that oil is by truck, because the pipeline is down,” Krop said. “The Environmental Defense Center actually is in support of this proposal because it will help avoid another oil spill, and, although there will be some trucking, it will be temporary and will probably only last about three months, and any potential impacts from that are far outweighed by the risk of another oil spill.”

A version of this story appeared on p. 7 of the Thursday, February 4, 2016 edition of the Daily Nexus.