The Daily Nexus
Fine Arts
Culture Clashes at Campbell
February 4, 2016 at 5:00 am by Max Pasion-Gonzales 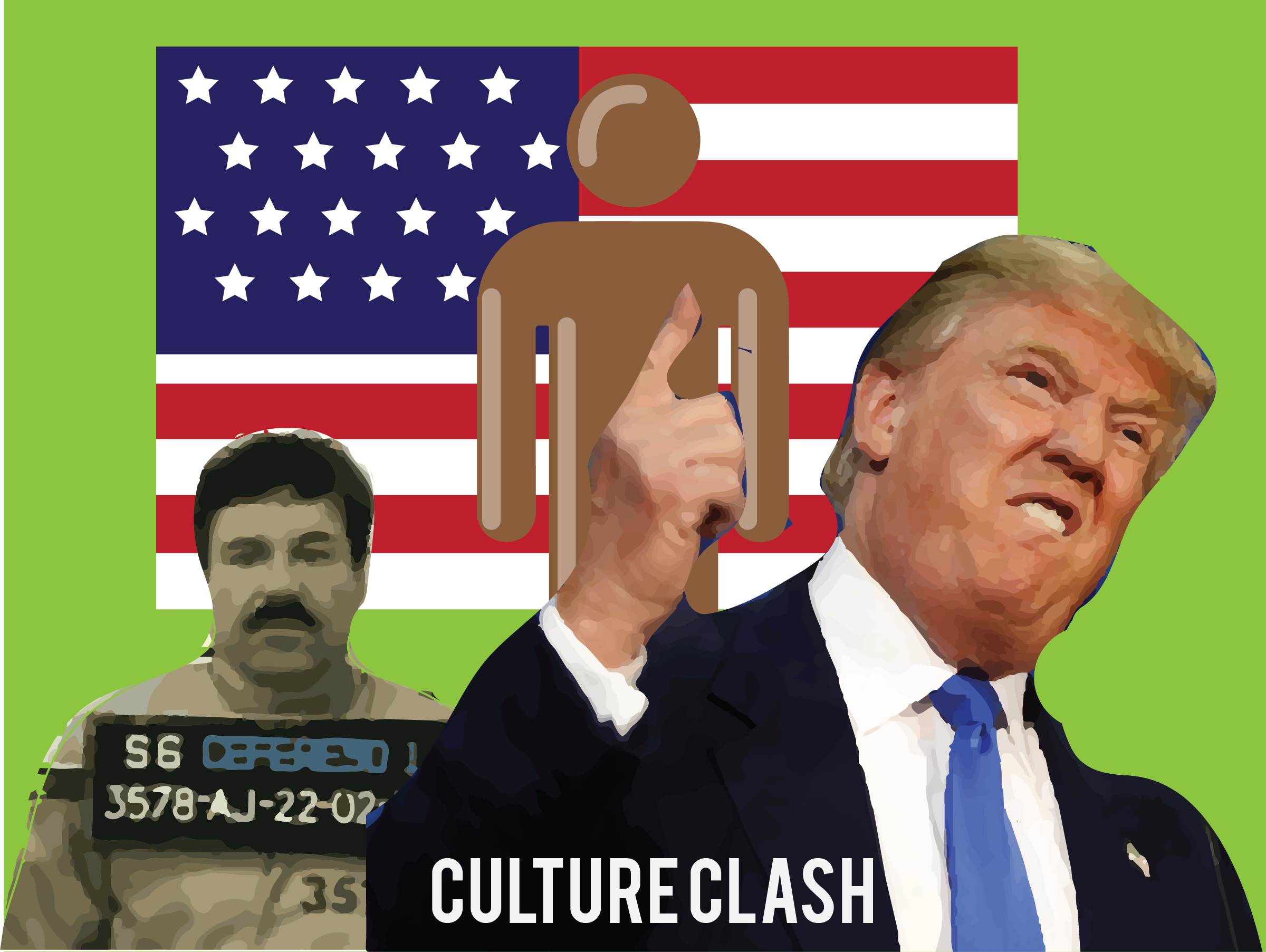 The curtains open, a Latina woman tap dances in front of an American flag in the backdrop and Tupac’s “Hail Mary” blasts over the speakers for all to hear. Campbell Hall was in for an interesting night.

Last Wednesday night, a Latin American theater comedy performance group known as Culture Clash took the stage. The troupe performed an act they call “Muse and Morros,” a series of satirical sketches curated to generate laughs and, more importantly, shed some light on America’s issues of racial injustice, poverty and discrimination. Campbell Hall hosted a relatively full audience of students and residents of Santa Barbara alike, some first-time viewers and some long-time fans of the act.

The sketches consisted of monologues and scenes from the Latino actors playing characters of different ages, races, sexualities, beliefs and, of course, cultures. These characters were portrayals of real people that Culture Clash has met, telling real stories and honoring the unique personas. The themes and ideas often alternated between relevant cultural comedy, such as references to El Chapo and Donald Trump, and serious social commentary, such as the struggle of immigrants, the institutionalization of the prison system and the generalization of different cultures.

As a young student who very much enjoys comedy of all types, a good portion of the jokes seemed a bit crude and predictable.
For example, they portrayed a middle-aged Florida couple, with a Polish husband and Cuban wife. In an attempt at humor, the husband detailed to another character the particularly large butts of Cuban women. With a loud, expressive voice and heavy emphasis with his arms, he proudly exclaimed that “they got the POW!” The crowd seemed to enjoy the attempt, but much like the previous ones, it fell a bit short.

The true moments that hit home in the show came at the times of real enlightening conversation. I was touched along with the rest of the crowd during the portrayal of a Middle Eastern cab driver, where he described some memories from after 9/11 and the San Bernardino shooting. He described loving groups of all races coming together to Muslim temples, praying and caring for each other. As the crowd silently watched in awe and a few young students responded with snaps of approval, the man ended the scene with his proclamation: “That is America.”

One strength this show had was its fast-moving pace. No character was on stage for more than about seven minutes, and a new sketch would quickly start as soon as the previous one ended. Overall, although some scenes fell through, the show always seemed to redeem itself and pick itself back up just as quickly. For this reason, the audience was constantly engaged and entertained, not only by the quick narratives, but by the excellent acting as well.

This was not these comedic actors’ first rodeo, as 2016 marks their 32nd year performing. The group consists of actors Richard Montoya, Ric Salinas and Herbert Siguenza, all of whom have plenty of experience in theater and comedy. Their chemistry together was clearly on display, as there appeared to be no hiccups or flaws throughout the show, and everything ran smoothly. The actors also showcased brilliant acting abilities, as they took on many different personalities, accents and characteristics with impressive accuracy. My personal favorite was the Asian American character, which displayed a surprising dialectical accuracy without any trace of a different identity.

Following the performance, the three actors remained on stage for an engaging Q&A with the audience regarding the themes of the performance and the actors themselves. The performers were happy to answer questions from all types of viewers, even one couple who have been fans for 30 years. The energy felt very warm and intimate in Campbell Hall, as everyone was very appreciative of the conversation being heard and beautifully united under the common ideas of inclusivity and civil equality. Afterwards, I was lucky enough to share a few words with one of the actors, Herbert Siguenza. “You have to be stubborn, you have to be relentless, you have to be almost selfish for your art,” expressed Siguenza. “There’s just no other way. We really have never let up, and sooner or later you start making a living off of it.”

His words of advice surely rang true for Wednesday’s performance. Although a portion of the interactions missed the mark, the overall passion and dedication to the worthy cause truly prevailed in the end. I, along with the rest of the audience, was truly moved if not at least well entertained, and heard the beginning of a real conversation that all Americans need to hear.