The Daily Nexus
Music
Tradition and Culture Converge with Itzhak Perlman and Emanuel Ax
January 28, 2016 at 5:00 am by Gabriel Lazo 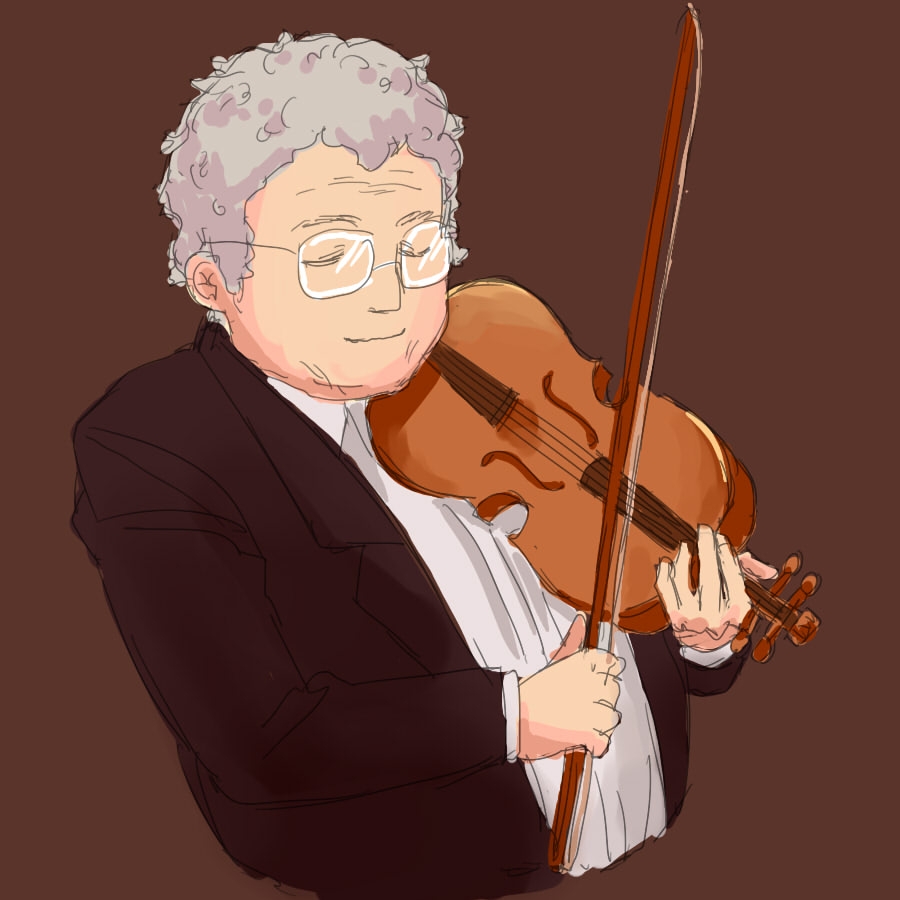 Hundreds of octogenarians shuffle into their seats. The house is packed. They have come to hear two of the most celebrated classical musicians in the world.

On Thursday night, Jan. 21st, the famous Grammy-winning performers Itzhak Perlman and Emanuel Ax arrived at the Granada Theater in downtown Santa Barbara. The pair came to the State Street institution as part of UCSB’s Arts & Lectures series. Perlman, a famous violinist, feels like a relic of a more civilized era. The musician often plays for state dignitaries; the closest he’s come to “pop culture” is his work on the acclaimed theme for “Schindler’s List.” Ax, a famous pianist and longtime partner of Yo-Yo Ma (who will be coming to the Granada through Arts & Lectures this March) carries a similar pedigree with him onstage.

After they were announced, the performers entered the stage. Ax walks, Perlman zooms. Perlman suffers from Polio, a disease he contracted as a young child. He whizzes onstage on the type of scooter one would see on a late night infomercial.

Mozart’s Sonata for Violin and Piano No. 17 in C Major begins, without a word from the musicians. Ax appears physically restrained, though he is partially obscured by the seated Perlman. Perlman erupts into the furious focus of a violinist sawing at maximum velocity. The two are old friends and play off of each other expertly. One patron, Anita Baldwin, spoke with the Nexus. “They must know each other very well. They’re, like, breathing the same breath.”

The sonata’s pacing varies; the second movement creates a gentler melody and the third ramps up the speed, becoming almost frenetic by the end. The crux of the performance is the musicians’ dependence on one another. The hosts inform the audience in the beginning that while most piano-violin sonatas could be played without the violin and not lose much, Mozart’s No. 17 in C Major relies heavily on the presence of both instruments.

After Mozart the pair moves into Fauré’s Sonata for Violin and Piano No. 1 in A Major. The first movement begins with a more mournful tone, and throughout the song Ax’s piano often slows to a deliberate rhythm. The third movement diverges into a more whimsical tone. After Fauré comes an intermission.

Another attendee, Walter Own, gave a word to the Nexus. “It’s amazing, the tradition and the culture that goes into this … presence,” he said. “They played that 200 years ago. They’re still playing it — there’s a reason, [because] they don’t have to.”

The lights dim, signaling the end of the intermission. The last sonata the duo played is Strauss’s Sonata for Violin and Piano in E-flat Major. One particularly striking part of this performance was the way Perlman’s fingers snaked back-and-forth so rapidly across the neck of his violin. The rapid patterns of digit movement are a part of any string instrument performance. Seeing an instrumentalist without an orchestra or a rock band, however, really emphasizes how much energy and finesse goes into just those two hands, one sawing furiously and the other manipulating the strings.

As the final scheduled songs conclude the audience leaps to their feet. Not that Ax and Perlman weren’t deserving, but the standing ovation feels routine at this point. I have never been to a performance of classical music where one wasn’t given. It almost feels as if rather than being moved by a performance, audiences dole out their standing ovations to beg for more music. If so, that’s alright, because it works. Ax strolled back out, followed by Perlman’s motorized transport. The two affably bantered about the different pieces they prefer to play. Perlman’s voice resounded with a booming, deep bass. His voice made his older, shrunken figure incredibly formidable, despite the fact that with his loose black clothing his closest visual analog is Noam Chomsky wearing a trash bag.

David Fickes, a UCSB student and an anomalous under-40 patron, spoke to us about his experiences with Perlman and his music. As a teenager David played with a youth orchestra which hosted Perlman as a guest conductor.

“They invited some local Vermont teens … I remember sitting about eight feet from this conductor,” he said. “It was the first time I heard music that brought me to tears.”

The older patrons of the Granada seemed particularly happy to see younger audience members. I wondered if David got the same comments I did about how great it was to see people my age there. Many of the older attendees spoke about the necessity of maintaining culture and beautiful music. Some spoke about how art gets lost and these traditions have to continue. As far as new generations continuing the traditions of classical music, David described his experience as a teenager learning with Perlman for just a day or two.

“It’s one of the reasons I’m at UCSB as a performance major.”