The Daily Nexus
News
Professor Discusses Lack of Diversity in Video Games
January 28, 2016 at 5:37 am by Sonia May Htoon 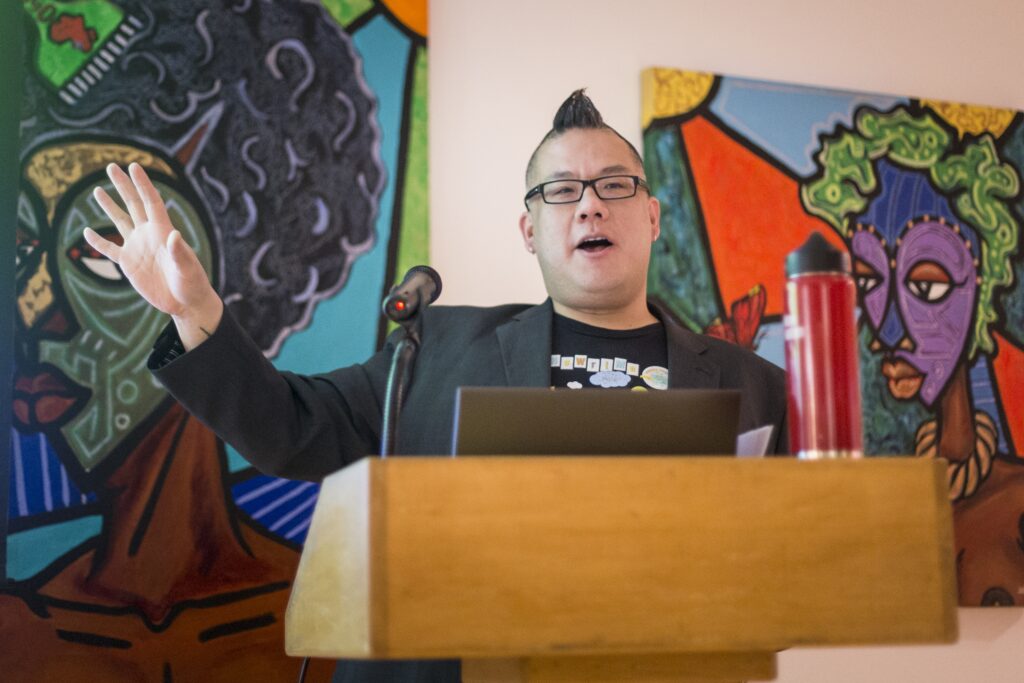 Assistant professor of women’s and gender studies at the University of Oregon Edmond Chang gave a talk titled “Brown Skins, White Avatars: Racebending and Straightwashing in Digital Games” at the MultiCultural Center on Tuesday.

Chang discussed how video games like Assassin’s Creed and World of Warcraft manipulate race and sexuality, reinforce stereotypes and sometimes lack diversity. He argued for a more progressive era of gaming in which more racial groups existing in reality are represented in the virtual world.

“We assume different kinds of characteristics,” Chang said. “Like, when Darth Vader comes on the screen, how do you know that he’s the bad guy? There are lots of cues, the first being that he’s dressed in all black. We have these sorts of attachments to certain ideas.”

Chang said there are games that incorporate racial or sexual diversity mainly to appease their audience.

“I really enjoyed the way that he described being able to play games he loves and yet find things in them that he wanted to criticize,” Douglass said.

Charlene Jimenez, a fourth-year global studies and Asian studies double major, said Chang shared perspective on games that she had not previously considered.

“It opened my eyes a bit so maybe I’ll pay more attention,” Jimenez said. “This is what the gaming industry is like now, but what will it be a few years later? Will we change it or will we stay the same? We wouldn’t know yet, but his talk was very interesting.”

“As a person of color you grow up watching, and you get used to the protagonist [being white],” Jackson said. “Video games now have people of color.”

Jackson said it is refreshing that video games now often give players the option to customize characters to be more diverse.

“Like, when Darth Vader comes on the screen, how do you know that he’s the bad guy? There are lots of cues, the first being that he’s dressed in all black.”

Wow. And I suppose the fact that all the Stormtroopers are dressed in white means nothing?

All the generals/leaders wear black. All the stormtroopers wear white. Slavery?

Probably not. I don’t think it means anything at all. They’re the ones who are reading so deeply into this.

Ive played video games from every console released in the last 30 years, of varying genres, from multiple countries and different languages. All I gotta say is if someone is “glad” that they can pick their skin to be dark in Pokémon now, they have no understanding of Japanese society and culture, and should have no say in what video games should and shouldn’t have. Maybe people shouldn’t be focused on the characters appearance in video games and more focused on, I don’t know…the gameplay and story?